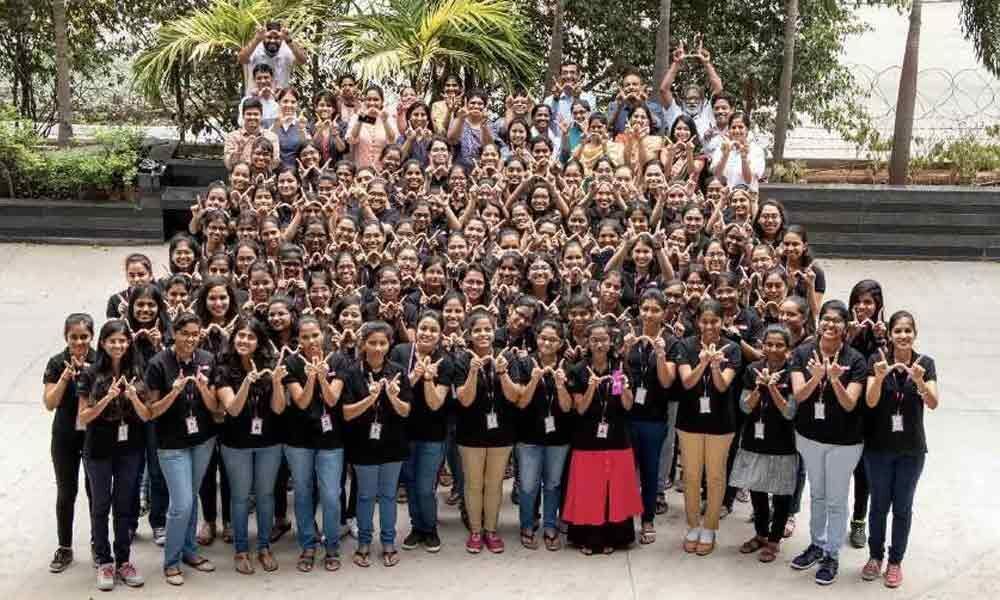 The data and analysis is based on the company's Women Engineers(WE) program, which recently received 7276 applications from female engineering students attending 664 colleges and 83 universities, across 29 Indian States and Union Territories.

An elaborate multistage selection process was then used to filter this large pool of applicants and invite 100 top applicants to the first cohort of the WE program.

Applications for the WE program were received from North, South, East, and West India. It received an equal response from urban (cities) and non-urban (towns and villages) areas.

It is observed that the aspiration for a global tech career among young women has no correlation with the educational backgrounds of their parents.

It is noteworthy that a vast majority of applicants come from modest family income backgrounds.

Dr Santanu Paul, co-founder and CEO at TalentSprint, said,"Poor gender diversity among top-tier technical talent is a widely acknowledged big problem among leading companies, and it is the primary driver for the WE program.

The analysis of WE applicants, as documented in the insights report, reveals there are many highly motivated women engineering studentswith great potential with no access to the right career tools in their immediate environment.

WE is a merit-driven socioeconomic inclusion program to spotsuch women students from non-elite institutions and non-privileged backgrounds, give them exceptional training and professional access, and hopefully catapult them into the high end of global tech for the benefit of all."

The TalentSprint WE Program is supported by Google and will prepare600 women engineers for global high-tech careers over the next three years.

♦ 50 per centof applicants are from cities, 28per centfrom towns, and 22per cent from villages

♦ 33per centof applicants are first generation graduates in their families

♦ 47per cent of applicants are motivated self-learners, but lack awareness of global tech trends

♦ In effect, even among high aspirants, one in five may make it to a top-tier global tech career