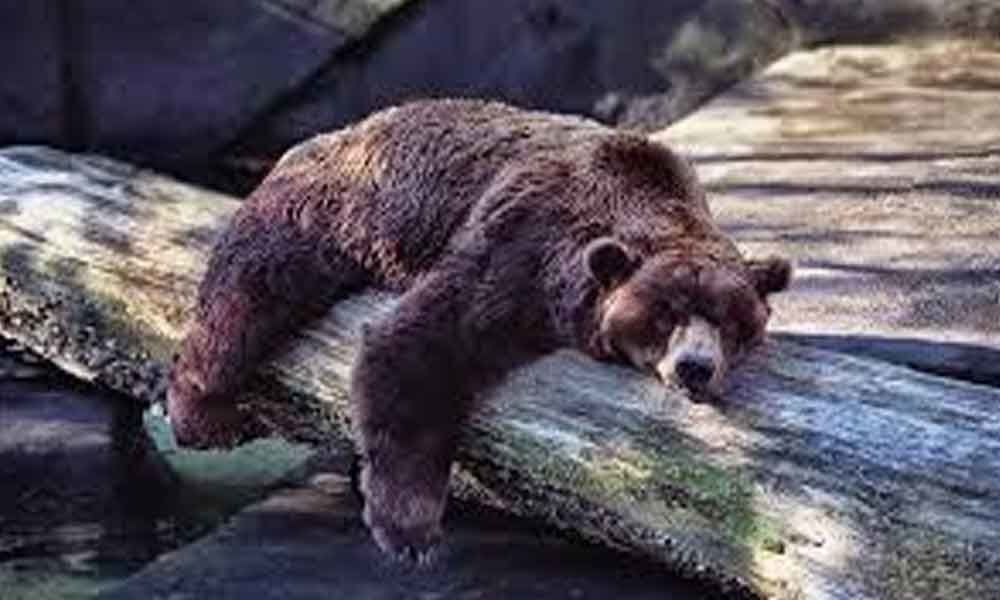 How do animals prepare for chilly winter temperatures and the food scarcity it brings? Find out about adaptive techniques called hibernation,...

How do animals prepare for chilly winter temperatures and the food scarcity it brings? Find out about adaptive techniques called hibernation, migration, and dormancy that allows plants and animals to survive winter weather. Many animals snuggle up in caves, burrows (holes in the ground), or hollow tree trunks and sleep during the cold winter months when food is harder to find and cold weather makes it harder for their bodies to work. This is called hibernating.

When an animal hibernates, its heart beats very slowly and it also breathes less. The animal's body temperature goes way down also – to just a few degrees above freezing! The animal's brain also goes into a form of sleep. It takes a long time for a hibernating animal to wake up.

Hibernating is great for animals because they do not have to try to find food and they don't have to even go outside in the cold at all! Because its body slows down and stops working the way it normally does and because the animal is not moving around and using up energy, its body is able to survive off of the fat that it stored up by eating a lot in the fall.

Besides being protected from the cold while they hibernate, the sleeping animals are also usually well protected from any other animals who might bother them. They make sure their den, cave, or burrow is only big enough for them and their babies and that it is someplace that is hard for other animals to find.

Some animals that hibernate are reptiles and amphibians like frogs and snakes, insects like ladybugs and bees, some fish, and some mammals like bats, hedghogs, and prairie dogs. Some animals sleep for long lengths of time in the winter, but they do not go into true hibernation. Their heart and breathing slows down, but most of the time their body temperature does not drop as much.

They will wake up a few times during the winter to move around a little bit or to eat food they have stored in their den. It doesn't take them as long to wake up as true hibernators, but they will be sluggish for awhile. Animals that go into this type of hibernation (sometimes called torpor ) include bears, chipmunks, and raccoons. Even though they don't sleep all winter long, they still save lots of energy because their bodies slow down and make food last much longer than normal.