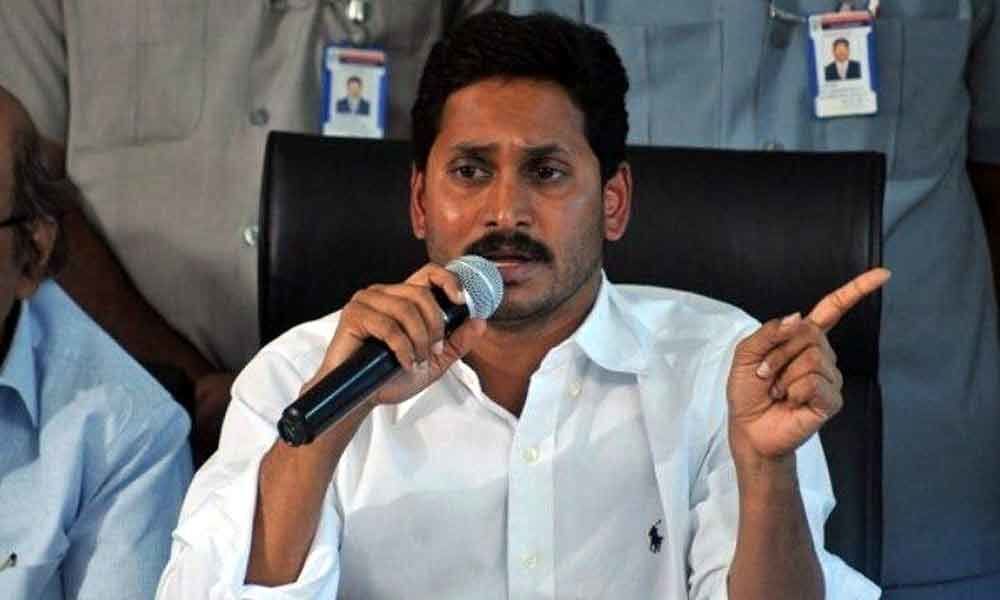 The knives are out! Or, so it appears. Even though only a fortnight has passed since Y S Jagan Mohan Reddy has sworn in as the Chief Minister of...

The knives are out! Or, so it appears. Even though only a fortnight has passed since Y S Jagan Mohan Reddy has sworn in as the Chief Minister of Andhra Pradesh, critics, mainly those who masquarade as a persons overfond of making moral judgements about others, have started Goebbelsian propaganda against him. They have a political axe to grind.

When it comes to life-changing situations, shrewd political leaders make such a decision that do repel those sophisticated and tech-savy economists. This is not the first time that these critics are out to undermine the efforts to build a coalition of social groups.

When the former Chief Minister of unidivided Andhra Pradesh late Y S Rajasekhara Reddy announced "free power" to farmers, who were moaning under distress in 2004, he was hauled over the coals. Telugu Desam Party (TDP) chief N Chandrababu Naidu sought to poke fun at YSR by saying that "electric overhead wire will be fit to hang clothes to dry."

The World Bank too criticised the decision. But it proved to be a right step to pull out the farmers reeling under unprecedented distress at that time.

It is partly fear, partly self-flattery, and partly delusion, which may come in the way of old generation to understand new ways of dealing with social problems that are afflicting the society.

Jagan Mohan Reddy built a strong coalition of social groups through his painstaking efforts. To take it forward, he inducted those from Backward Classes, Scheduled Castes and Scheduled Tribes into his Cabinet.

Without understanding the logic behind such a step, some vested interests have started making a hue and cry. It is really a bold step to crown Mekathoti Sucharita, a Dalit woman, as the Home Minister. What is wrong in making five of Cabinet Ministers as Deputy Chief Ministers?

This step will certianly go a long way in instilling confidence among the weaker sections, who for centuries have been living under the threat of attacks and suppression. There are Augean amounts of debris to clear in Andhra Pradesh now.

Jagan Mohan Reddy requires cooperation from every quarter to cleanse the stables. Instead of extending a helping hand to the new Chief Minister, hurdles are being placed to halt the progress.

Highfalutin jargon being used by writers to crticise the new government may not influence the people. The critics know it very well. But they do not cease their bid to undermine the government which has been elected perhaps for the first time with over 50 per cent of popular vote.

Not only those supporting tech-savy politician Naidu, but those backing film star-turned politician Pawan Kalyan, seem to be muddying the waters in the State.

Pawan Kalyan's allegation that his opponents (unamed) had spent Rs 150 crore to defeat him can be described as a bid to tarnish the image of the ruling YSRCP.

It is necessary at this juncture to recall how Pawan Kalyan and earlier his elder brother Konidela Siva Sankara Vara Prasad aka Chiranjeevi were unable to last long in politics.

After the collapse of his dream to capture power in the united Andhra Pradesh, Chiranjeevi had folded his Praja Rajya Parrty and merged it with the Congress. Pawan Kalyan too was very much part of the decision to merge the party with the Congress.

A source, who was in the know of things at that time, revealed that Chiranjeevi could merge his party with the Congress and become the Union Miniser under the United Progressive Alliance (UPA) with the blessings of YSR.

Serving in politics requires grit. Jagan Mohan Reddy has the courage to face the adversary and he has never turned his back on the problem. His critics made a huge hullabaloo about the cases filed against him probed by Vasagiri Venkata Lakshminarayana, who took voluntary retirement from the CBI, after he served as CBI Joint Director in Hyderabad.

The case came in handy for Jagan Mohan Reddy's critics to beat him and spread false propaganda against him and his illustrious father Y S Rajasekhara Reddy. But such a vicious campaign came to naught in the just-concluded elections which saw Jagan Mohan Reddy emerging as a mass leader.

That the people did not believe what all Lakshinarayana did to frame Jagan Mohan Reddy is evident with his drubbing in the elections. He contested as Jana Sena candidate from Visakhapatnam Lok Sabha constituency and suffered a humiliating defeat.

Of cource, now it is the responsbility of Jagan Mohan Reddy to grit his teeth and take action to unearth all the scams that allegedly took place.

It is the duty of the present government to unravel the truth behind the allegation and if true, it must cancel such allotments and return such lands to farmers from whom it was acquired.

Will the new Chief Minister bring to fruition the aspirations of people? Finally, will Jagan Mohan Reddy undo the "snooping state" title which Andhra Pradesh came to be known under the previous regime?

(The veiws expressed are personal)