Can Islamic terror be a diplomatic asset? 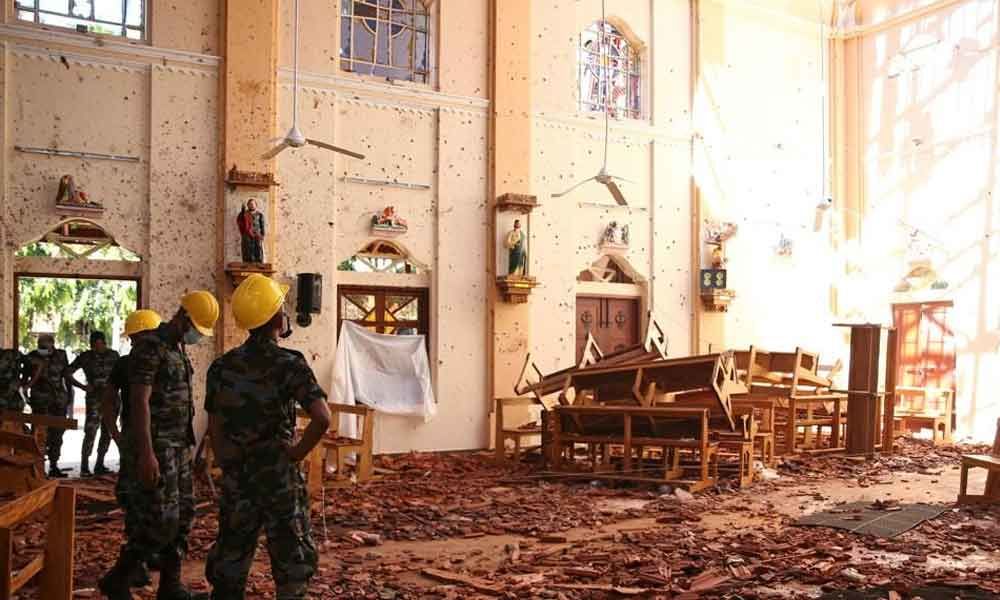 Prolific punditry on the Easter Sunday massacre in Colombo has taken a pause because investigations have reached a stage where all sides have to take a political call.

Prolific punditry on the Easter Sunday massacre in Colombo has taken a pause because investigations have reached a stage where all sides have to take a political call. Different interests would like investigators to be nosy in different directions.

A calamity on a scale where nearly 300 people were killed and 500 injured immediately causes Intelligence agencies to descend with angelic intent, armed with all the technologies.

A mystery which Hercule Poirot would leisurely solve over delectable wines and gourmet food is, with the arrival of the agencies, not solved in one go but incrementally, leaving space for stings and hisses, hints and guesses.

The agencies from the US, the UK, Israel, Australia and India have been in a scrum, according to sources. Even though Intelligence and Security are the responsibility of President Maithripala Sirisena's office, the direction of the inquiry by the group is more to the liking of Prime Minister Ranil Wickremesinghe.

China's Belt and Road Initiative has taken Sri Lanka in its embrace. This is not what the agencies listed above are interested in promoting.

It remains a puzzle why Sri Lanka did not take action when Indian Intelligence (RAW) alerted them as early as April 4, weeks before the massacre. Have the differences between the President and the Prime Minister percolated down to Sri Lankan agencies too?

Clearly, Ranil is keen to sign the Status of Forces Agreement with the US before the elections next year. This would be anathema to the Chinese who share their confidences only with the President.

Opinion in Colombo is divided on India's role. One view is that New Delhi and Washington would join hands to impede the Chinese.

Others believe it is not in New Delhi's interest to have the strategically located island transformed into a US base. New Delhi would prefer a drastically toned down, cooperative foreign presence.

How strategically important Sri Lanka is became clear to me during a visit to Mauritius some years ago. My TV team did a feature on the tragic, homeless people from Chagos Island.

The story is not easy to digest. An entire island was emptied of its population by the British along with the Americans to set up a base in Diego Garcia.

The International Court of Justice ruled in February 2019 to return the island to its citizens. Has the judgement been thrown in the wastepaper basket?

New Delhi has exerted its influence to keep Mauritius and Bhutan out of the Belt and Road project. Everything else in SAARC has gone the other way. Credit must go to the nimble, creatively ambiguous management of Foreign Policy.

Modi-Xi Jinping summit in Varanasi in October may be the culmination of important developments.

The events of Easter Sunday have inspired important research. For instance, "Weaponization of Religion as New Cold War Looms". The paper has been written by Darini Rajasingham Senanayake, a Sri Lankan scholar and writer.

She wastes no time in coming to the point: China's ambitious Belt and Road Initiative "may well have been the prime target of the bombings that rocked the Indian Ocean Island caught in the cross hairs of superpower rivalry".

According to her, there is a clear effort to mislead Sri Lankans. She points to a video tape of Islamic State leader, Al Baghdadi purportedly speaking about the attacks on Sri Lanka.

Arabic and French intelligence experts had no doubt that the tape had been doctored.

Hotels that were targeted were Cinnamon Grand and Kingsbury. And there, says Darini, hangs a tale. These hotels were owned by Sri Lankan conglomerates who are into property development with the China construction company.

Four oceanic scientists who were staying at Kingsbury hotel were among the six Chinese who lost their lives. This has been confirmed by the Chinese embassy in Colombo.

This was to be the start of an important China-Sri Lanka joint exploration mission in the East-Indian Ocean.

Darini sees a design in the venues that were attacked: Churches located among coastal communities with congregations whose livelihood depends on fisheries and other Indian Ocean resources in Colombo, Negombo and Batticaloa.

As continuation of the pattern, even luxury sea front hotels also became targets. No town in the interior was targeted.

She concludes: "Marine affairs and the ocean is the red threat that runs through the design and detail of the selected targets.

It is puzzling that instead of following the leads Darini Senanayake has focused on, the foreign intelligence agencies have dwelt more on the clash of civilizations and "religious strife" as their preferred theme of inquiry.

All sorts of conspiracy theories begin to claim attention. A single column story from Nepal where also Chinese are influential, on inside page begins to look significant as part of a larger design.

Near Lumbini in South West Nepal, the birthplace of Buddha, five statues of Buddha are vandalised. Is someone trying to create Buddhism-Hindu strife in the Himalayan state? It is difficult to see what political spin can be given to this vandalism.

Likewise, what earthly purpose would be served by promoting strife between two Sri Lankan minorities - Muslim and Christian.

There is another way of looking at Sri Lankan developments, exactly as Darini's headline suggests. Since 2012 I have written consistently on Islamic terror being controlled by the US, Israel and Saudi Arabia as "assets" to unsettle societies with sizeable Muslim minorities - Xinxiang in China, Caucasus in Russia.

Since this is Salafi Islam, it may have its uses against Shia Iran too. There is that whole turf of Central Asia. And, why forget India? For an elaboration of "Terrorism as an asset" see here.

(Saeed Naqvi is a senior commentator on political and diplomatic issues. The views expressed are personal)