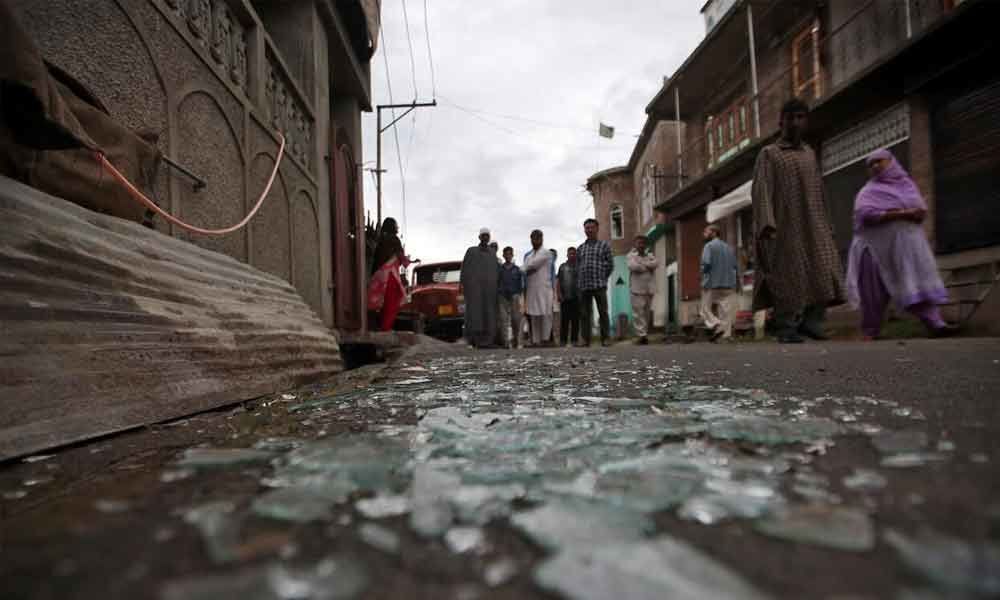 Schools reopened Kashmir's main city on Monday but most classrooms were empty as parents kept their children home, fearing unrest over the...

Schools reopened Kashmir's main city on Monday but most classrooms were empty as parents kept their children home, fearing unrest over the government's decision two weeks ago to revoke the region's autonomy.

Some 190 primary schools were set open in Srinagar in a sign of normalcy returning to Muslim majority Jammu and Kashmir where authorities started to ease restrictions on movement last week.

Parents said their children would stay home until cellular networks are restored and they can be in contact with them. "How can we risk the lives of our children?" said Gulzar Ahmad, a father of two children enrolled in a school in the city's Batamaloo district where protests have occurred.

"Troops have arrested minor children in the last two weeks and several children were injured in clashes," he said. "Our children are safe inside their homes. If they go to school who can guarantee their safety?"

Srinagar's top administrative officer, Shahid Iqbal Choudhary, said on Sunday that adequate security would be provided for schools. "I will take responsibility for any untoward incident," he added.

Protests began after the August 5 decision by Prime Minister Narendra Modi's government to withdraw Kashmir's special status and integrate it fully into India, with equal rights for all Indians to buy property there and compete for government jobs.

Critics said the decision alienated many Kashmiris and would add fuel to a 30-year armed revolt in the Himalayan territory that Pakistan also lays claim to.

Paramilitary police in riot gear and carrying assault rifles stood behind steel barricades and coils of razor wire in Srinagar's old quarter to deter a repeat of weekend protests.

In dense neighbourhoods such as Batamaloo, youths set up makeshift barricades to block security forces from entering.

Authorities re-imposed curbs on movement in parts of Srinagar on Sunday after overnight clashes between residents and police in which dozens were injured, two senior officials and witnesses said.

Journalists visited two dozen schools in Srinagar on Monday. Some schools were lightly staffed and classrooms deserted. Gates at other schools were locked.

Only one student showed up at Presentation Convent Higher Secondary School, which has an enrolment of 1,000 pupils, and went home, said a school official.

There were no students at the barricaded Burn Hall school in one of the city's high security zones.

"How can students come to classes in such a volatile situation? The government is turning these little children into cannon fodder," a teacher said, among a handful of staff who turned up for work.

New Delhi's decision on Kashmir has heightened tensions with its neighbour and rival nuclear power, Pakistan, and triggered cross-border exchanges of fire.

In the latest incident, two civilians were killed in Pakistan-controlled Kashmir by Indian soldiers firing across the border, Pakistan's Foreign Ministry said, adding that it had summoned India's deputy commissioner in Islamabad to protest.

"The ceasefire violations by India are a threat to regional peace and security and may lead to a strategic miscalculation," the Foreign Ministry said.

There was no immediate comment from India which has previously accused Pakistan of trying to whip up tensions to draw global attention.

Union Defence Minister Rajnath Singh said on Sunday there would be no talks with Pakistan until it acted against anti-India militant groups operating from its soil. Any negotiation would focus on the part of Kashmir held by Pakistan, he told a political rally in India.

The scenic mountain region is divided between India, which rules the populous Kashmir Valley and the Hindu-dominated region around Jammu city, Pakistan, which controls a wedge of territory in the west, and China, which holds a thinly populated high-altitude area in the north.

More than 50,000 people have died in the revolt that erupted against Indian rule in Kashmir in 1989. India blames Pakistan for giving material support to the militants and helping them cross into its part of the mountainous region.

Pakistan denies the allegation and says it only gives moral and diplomatic support to the Kashmiri people in their struggle for self-determination.