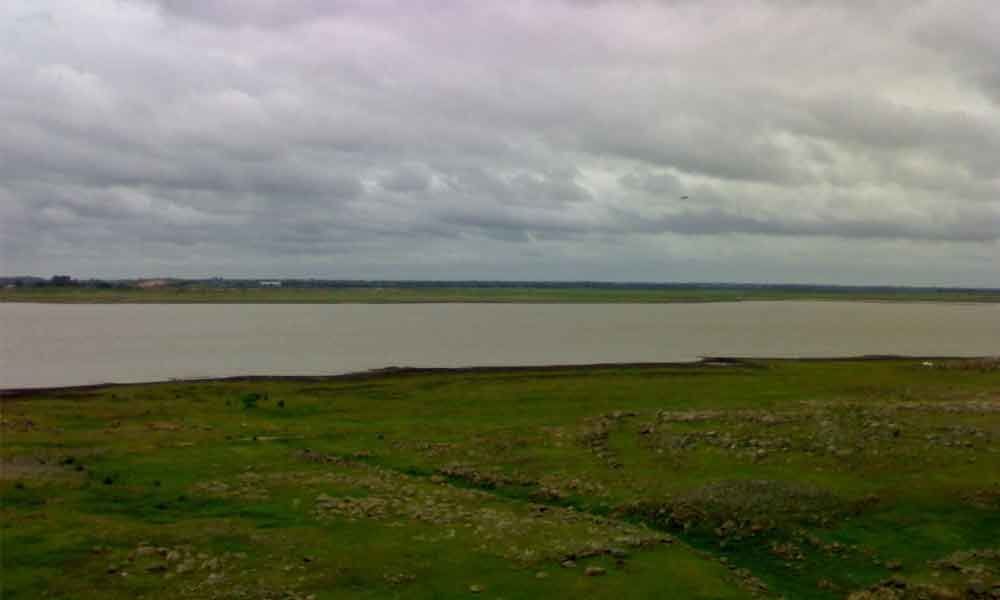 India is endowed with extraordinarily diverse and distinctive traditional waterbodies found in different parts of the country, commonly known as ponds, tanks, lakes, vayalgam, ahars, bawdis, talabs and others.

They play an important role in maintaining and restoring the ecological balance. They act as sources of drinking water, recharge groundwater, control floods, support biodiversity, and provide livelihood opportunities to a large number of people.

Currently, a major water crisis is being faced by India, where 100 million people are on the frontlines of a nationwide water crisis and many major cities facing an acute water shortage.

The situation will worsen as United Nations and Niti Ayog reports say that the demand for water will reach twice the available supply, and 40 per cent of India's population will not have access to clean drinking water by 2030.

One of the reasons is our increasing negligence and lack of conservation of waterbodies. Since independence, the government has taken control over the waterbodies and water supply.

With a colonial mindset, authorities move further and further away in the quest of water supply, emphasising more on networks, infrastructure and construction of dams.

This, over time, has led to the neglect of waterbodies and catchments areas. As a result, we have started valuing land more than water.

In the last few decades, waterbodies have been under continuous and unrelenting stress, caused primarily by rapid urbanisation and unplanned growth. Encroachment of waterbodies has been identified as a major cause of flash floods in Mumbai (2005), Uttarakhand (2013), Jammu and Kashmir (2014) and Chennai (2015).

Further, waterbodies are being polluted by untreated effluents and sewage that are continuously being dumped into them.

Across the country, 86 waterbodies are critically polluted, having a chemical oxygen demand or COD concentration of more than 250 mg/l, which is the discharge standard for a polluting source such as sewage treatment plants and industrial effluent treatment plants.

In urban India, the number of waterbodies is declining rapidly. For example, in the 1960s Bangalore had 262 lakes. Now, only 10 hold water.

The decline in both the quality and quantity of these waterbodies is to the extent that their potential to render various economic and environmental services has reduced drastically.

Although there are sufficient polices and acts for protection and restoration of waterbodies, they remain insufficient and ineffective.

Realising the seriousness of the problem confronting waterbodies, the Centre had launched the Repair, Renovation and Restoration of Water Bodies' scheme in 2005 with the objectives of comprehensive improvement and restoration of traditional waterbodies.

These included increasing tank storage capacity, ground water recharge, increased availability of drinking water, improvement of catchment areas of tank commands and others. However, in this regard, not much has been seen on the ground.

Experts say that cities may not run out of water if urban planning engages more critically with the city's terrain, along with propagation of knowledge about the local history of lakes, meaningful community engagement and ownership of waterbodies.

This is backed by the seminal publications of Delhi-based Centre for Science and Environment (a Global Think tank) such as Fourth Citizen's report: Dying Wisdom, Making Water Everybody's Business: Policy and Practice of Water Harvesting and Excreta Matters, which talk about waterbodies being an important source of water, their protection through community management and the need of a comprehensive act for the protection of urban waterbodies.

The announcement of the Jal Shakti Abhiyan, a time-bound, mission-mode water conservation campaign initiated by the new Jal Shakti ministry is a welcoming step focussing on rainwater harvesting, rejuvenation of waterbodies, reuse of treated wastewater, and intensive afforestation.

It is of utmost importance for meeting the rising demand for water augmentation, improving the health of waterbodies as they provide various ecosystem services that are required to manage microclimate, biodiversity and nutrient cycling.

Many cities are working towards conservation of waterbodies like the steps initiated in the capital city of Delhi for instance. In turning Delhi into a city of lakes, rejuvenation of 201 waterbodies has been finalised.

Of these, the Delhi Jal Board (DJB) plans to revive 155 bodies while the Flood and Irrigation Department will revive 46. DJB claims that the aim is to achieve biological oxygen demand or BOD to 10ppm and total suspended solids to 10mg/l.

Also, the establishment of the Wetlands Authority by the Delhi government is a welcome step towards notifying and conserving natural waterbodies.

In order to achieve the goal of revival of waterbodies, it is important to understand that one solution may not fit all the waterbodies. Depending on the purpose, ecological services, livelihood and socio-cultural practices, the approach will vary from one waterbody to another.

However, the issues with regard to lack of data and action plans, encroachments, interrupted water flow from the catchment, siltation, violations of laws, solid waste deposit and polluted water, involvement of too many agencies, etc have to be taken into consideration.

Action needs to be taken towards:

1. Attaining sustainability. Thus, emphasis on long-term goals, operation and maintenance should be included along with the allocation of budget.

2. Success of the lakes should be tested on all three fronts namely economic, environmental and social. Many studies point that a deliberate effort has to be made on the social front for which better publicity of the environmental benefits of the project and enhancing environmental awareness, especially among the local community is required.

3. Encouraging local people to collaborate with other stakeholders to successfully utilise resources and ensure the protection and conservation of waterbodies.

Traditionally, water was seen as a responsibility of citizens and the community collectively took the responsibility of not only building but also of maintaining the waterbodies. This needs to be brought back into the system.

Thus, an integrated approach taking into account the long-term sustainability, starting from the planning stage where looking at every waterbody along with its catchment, is required.

To make it a reality, it is time to invest in governance, capacitating our institutions, strong regulations and enforcements or else we will fall back.

Let us not destroy our waterbodies in the name of development. Rather, we should value their importance.

(The writer is Programme Manager, Water Management at the Centre for Science and Environment, Delhi. Courtesy: Down To Earth)