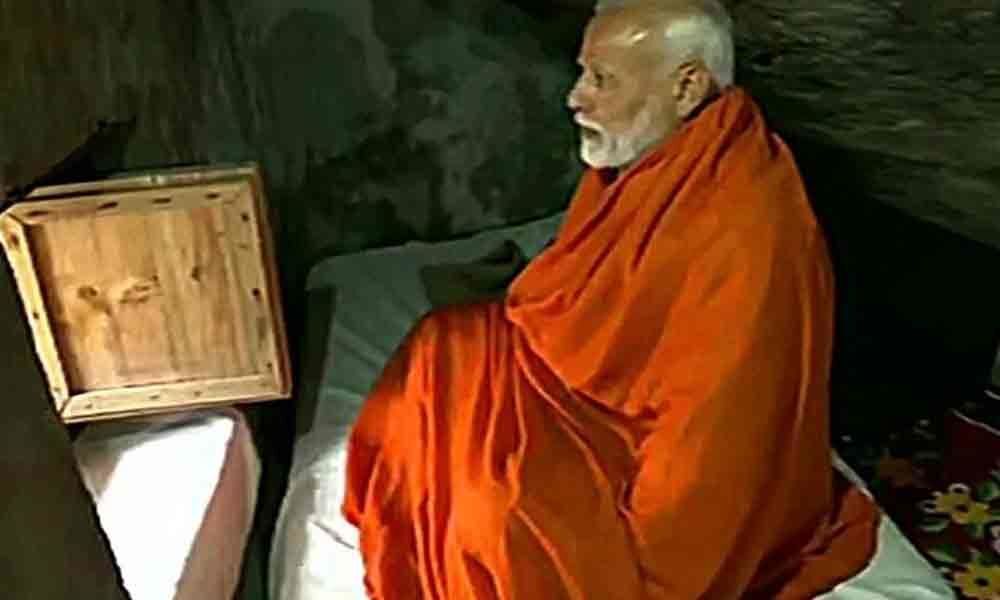 The cave at the Kedarnath shrine where Prime Minister Narendra Modi meditated overnight prior to the last phase of Lok Sabha polls is all set to...

The cave at the Kedarnath shrine where Prime Minister Narendra Modi meditated overnight prior to the last phase of Lok Sabha polls is all set to become a spiritual tourist destination. Within a few days, the "Dhyan Kutia" where Modi stayed to meditate on Saturday has virtually been rechristened as the "Modi cave" by a large number of people who are enquiring about its booking.

Developed by the Garhwal Mandal Vikas Nigam (GMVN), a government enterprise which promotes tourism in the State, the cave - at a height of over 12,000 feet in the hills around the shrine - comprises a small area with an attached bathroom and a window overlooking the majestic temple.

Wrapped in a saffron robe, Modi had meditated there for nearly 17 hours. His photos have gone viral on the social media. "We will shortly open this cave for tourists through online booking. Until now, due to some technical snag, booking is closed," GMVN General Manager B L Rana said. Denying media reports that there are luxuries inside the cave, Rana said there is only a single bed, a bucket and a mug for bathing. The cave has an electricity connection but there is no network for mobile phones.

The Prime Minister had said that he remained cut off from the world when he was inside the cave."There was no communication (inside the cave) and there was a small window through which I could see the Kedarnath temple," Modi had said. At the moment, the bell system which connects the cave with the GMVN office at the shrine is not working. Through this bell, the visitor in the cave can reach the GMVN office for enquiries or help at any time.

"We are trying to restore the bell system and will open the cave for bookings when it is restored," said Rana. The per day rent of the cave has been lowered to Rs 990, from the earlier rate of Rs 3,000.