Sexual Harassment Allegations Against CJI : A probe that raises many an eyebrow 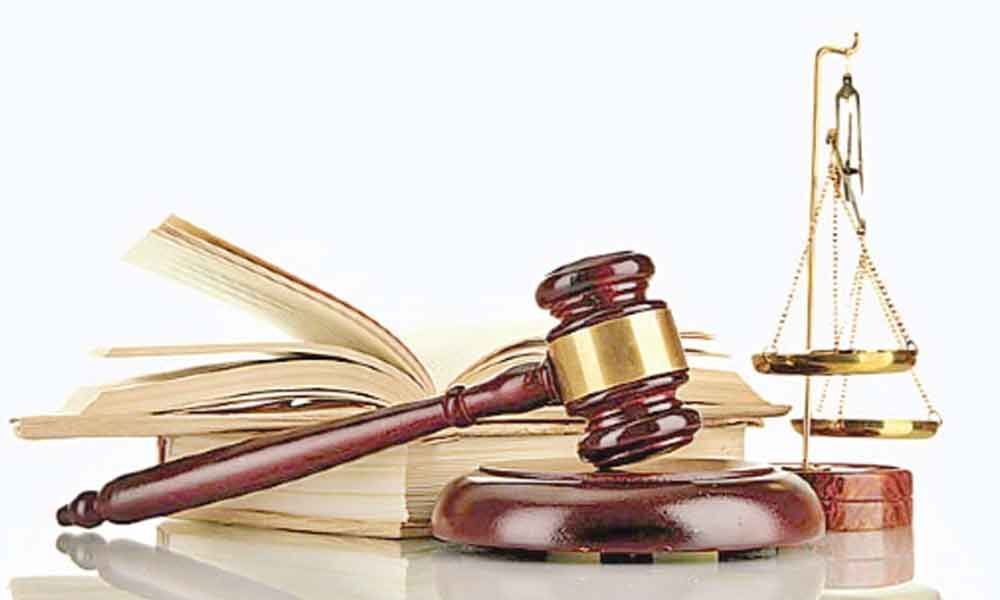 • Special Bench of three judges did not hear the complainant.

• Inquiry forum did not include an independent, third party or external non-judicial NGO member, as the law mandated.

• Complainant was not informed about the process of inquiry, etc.

• The support of lawyer or a friend was denied to her, despite asking for.

• The proceedings were neither recorded nor documented.

• Complainant was not given copy of her complaint as documented by the Bench.

• She was not informed about the forum of appeal for complainant if her claim is defeated or if she wants to challenge the verdict on the grounds of heavy bias or rejection of evidence, etc.

• There was no possibility of or assurance to fearless deposition by witnesses, most of whom are court employees, subordinate to the judicial officers inquiring.

• The judges inquiring were subordinates to person against whom the allegations were made. Hence there was huge apprehension of bias.

• The PoSH Act prescribes transfer of respondent during the pendency of inquiry. No such opportunity was given.

Hearing the other side (audi alteram partem) is the basic norm of any inquiry. Administrative bias and departmental bias should be avoided.

Continuing ex-parte after withdrawal of the complainant from the inquiry into her allegation of sexual harassment against the Chief Justice of India is not correct.

Seniors demand subordination it strictly. Judiciary is known for such expectations of loyalty. Sometimes 'subordination' hides in protocol sounding very harsh, the non-judicial staff 'fear' the judicial officers most.

Employees working at lower level and those on contract or outsourced do not dare enough to speak to the bosses even when they do not commit any wrong. It is almost impossible for any of them to depose in corroboration of the allegation in cases of this nature.

The 'sexual harassment' begins with past references and continues to unlimited time in future with several ramifications. In Punita K. Sodhi (Dr.) v.

The complainant in this case has already lost her employment and of two of her family members.

Unless a reassuring panel with neutrality and objectivity is put in place, fearless depositions become impossible. Complainant and witnesses will be under constant pressure, fear and various kinds apprehensions.

Post-complaint harassment is worse. The Visakha Judgment has several recommendations to make the process fair such as involving external neutral parties (NGO or someone else familiar with issues of Sexual harassment) precisely to 'prevent the possibility of any undue pressure or influence from senior levels of the organisation.

An ICC (Internal Complaints Committee) without the presence of an external member would be illegal and contrary to the provisions of the POSH Act as held in Bombay HC in Jaya Kodate v. Rashtrasant Tukdoji Maharaj Nagpur University, Bombay High Court [2014 SCC OnLine Bom 814] Madras High Court in M. Rajendran v. Daisyrani and Others [(2018) 3 MLJ 84], held that an inquiry by an ICC vitiated by bias on the ground that the ICC (other than the external member) comprised of members who were the subordinates of the respondent and functioning under his control.

In Addl. District & Sessions Judge 'X' v. High Court of M P, the Supreme Court said that "in order to ensure that the investigative process is fair and just, it is imperative to divest the judge concerned (against whom allegations have been levelled), of his administrative and supervisory authority and control over witnesses."

The members of the panels are subordinates of the CJI, and the witnesses are at the lowest level of hierarchy, who rarely dare to speak to the top bosses on Bench or in chambers.

Three sitting judges in a panel to hear the contentions of allegation against a sitting CJI, who continues to be their boss, sound strong and deterring in hearing a complaint of dismissed employee.

Accused has to be presumed innocent until guilt is proven beyond reasonable doubt. Does it mean that complainant should be presumed as guilty?

More than one forum within judiciary was set up to deal with the 'situation' firmly and strongly. A special bench with CJI as head decided to probe into the 'conspiracy' angle.

Supreme Court hears its own complaint; combination of prosecution and Judge is against the norms. This forum asks the former Justice of the Supreme Court to probe it further and directed the CBI etc to help him.

Another three-judge-bench was constituted by Justice Bobde with him, NV Ramana and Indira Banerjee JJ to probe the main allegation by the former court staff. Justice Ramana publicly dismissed the allegation as motivated that caused him to recuse from the Bench.

One Minister, the Bar Council of India etc stood by and agreed with the CJI saying the allegations are part of conspiracy against the office and person of CJI etc. All this can tilt further the balance of power against the complainant.

Supreme Court refused to allow the complainant a lawyer or supporting friend. This refusal leaves people wondering why? Even a rape accused gets a free lawyer, and legal aid is considered one of the Constitutional duties of the 'State'!

There are serious transparency issues also. The complainant does not know why the panel is not headed by a woman or why there is no neutral member? Why there are several panels when her complaint is against a single individual?

What is the procedure, process, mandate, time frame etc? Is it a formal panel under SC Regulations under PoSH Act 2013? Whether proceedings are getting audio-video recorded? Are they at least documenting the proceedings of the day, with accessibility to complainant or her legal representative?

Why are they not sharing recording of proceedings, why refused copy of her deposition, a statutory right guaranteed by Act of 2013?

If the accused is a public servant of an ordinary department, all these procedural arbitrary decisions would have been vitiated in a court of law. Perhaps the Supreme Court, if such case reaches, would have come to the rescue of victim.

The Supreme Court in its administrative capacity should explain the process as to where the complainant should appeal to if full bench of Supreme Court struck down the allegations as baseless.

Article 14 is totally breached as far as this complainant is concerned. The CJI has unquestionable immunity even against the inquiry, which is possible only during impeachment proceedings.

The complainant was not even offered protection mandated by PoSH Act or Visakha judgment. There is complete vacuum with no forum, no process, no information about it, no remedy and finally it might result no justice.