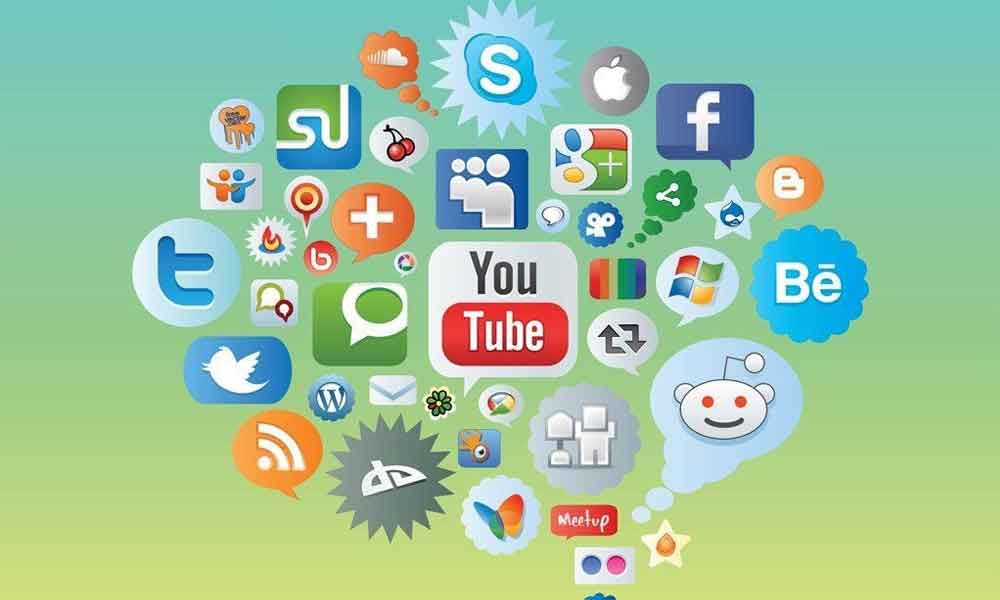 Social media is the new global pandemic. Many social media platforms have become the super spreaders of this new disease, across the world. Indian...

Social media is the new global pandemic. Many social media platforms have become the super spreaders of this new disease, across the world.

Indian media is discussing Rihanna tweet on farmers protest and the television discussions are rife with support, outrage, vile and even hateful rants. It's the game of who is louder than the other, in defence of their own notion of what is 'right' and 'wrong'.

All that broadcast time for reacting and discussing something as frivolous as a single sentence from a pop-singer from a far-off land amounts to trivialising a great nation.

This level of discourse and discussion on national television channels all-day, exhibits that broadcast time is dirt cheap in India !

Conflict, poverty, hunger, hate, despair and even violence was in this world, even before social-media was coded and presented to us, as an open platform for free expression. However, it's quite evident that social media platforms haven't helped alleviate any of these global malice even a bit, but certainly compounded and multiplied them like never before.

I am not writing off social media as a complete disabler, but these mass-expression platforms are certainly not enablers.

Globally isolated incidents of hate are being connected and spread across the globe through social media platforms. SM platforms have been quite successful in enabling folks who have special-interest and at times no-interest, in spinning truth, manipulating facts, photoshopping reality, sharing inglorious fake stories, to spike negativity across the world.

Below are some key symptoms of this pandemic, and one can connect dots to understand the damage it's causing to the mind and body of many nations.

Anyone with less or no understanding of an issue can take sides and make authoritative comments with zero guilt on social media.

One need not have any information on the subject they are expressing, in fact they don't even need to be educated, as long as they can punch-in few alphabets on their key-pad or board.

The number of keyboard crusaders are in millions and for most of them, it's their way of being relevant and in-circulation. Most have nothing to do with the issue they are commenting on. These false crusaders move from one fight to another pretty fast. In any case, it's just punching in the crap.

This symptom of having a sensational opinion from rocket science to rigged election and everything in between, is quite contagious and has spread all over the world.

Keyboard crusaders don't add any value to any cause. Most, are neither a party nor impacted by the issues they take up. The bitter, loud and outrageous fights they unleash on social media, is only to satiate their deviant emotional needs for 'relevance' and 'identity'.

Many folks 'active' on social media and enjoy the mass following, have zero interest to know, who's following them and why ? The target is clear, just get them anyways.

'Normal' is boring on social media. 'Abnornal' is heavily welcomed. These are not the days, where one with careful-communication, mutual-respect, choice of words, socially responsible vocabulary will thrive or even survive.

Sick sensationalism has become an acceptable and even appreciated method to communicate on many social platforms. The more hateful, idiotic, mindless, unruly, loud and abusive one is, more the followers, likes, shares and applause one will accomplish.

Those who are desperate to be 'virtual-leaders' have already lost what it takes to be the real ones. If one is exhibiting these early symptoms, one should review and decide, if 'sick sensationalism' is what one is choosing to communicate.

Being opinionated is good. Those who are well-read, thoughtful, experienced in select areas of focus, industry-experts and even common people with interest in certain specific areas, would have opinions on issues of their concern. At times they might even take strong, passionate positions. That's normal.

However, it's not quite necessary that one need to have an opinion on all and sundry issues across of a nation or the world. It's such a waste of one's time, to consider the least damage this symptom can do.

There's a visible symptom now a days, of those who are hooked to multiple social media platforms, to have an explicit opinion on everything and everyone. They seem to possess a compulsive urge to express it unabashedly, many times publicly making a complete fool of themselves.

This symptomatic trend has led to extinction of objectivity in the social media space. It's almost conditioned into most that one has to compulsively take sides on any issue. Those who wish to study, understand and find an objective stance on issues, people, situations are being labelled weak, not-smart, not-cool, boring and even moronic.

All the action now a days, is in taking sides and making subjective assessment, with little or no understanding. Those who apply thought to make assessment on issues, situations, people and events will rarely jump to conclusions and take sides.

If objectivity loses respect and relevance in a society or a nation, we will end up with reactive morons ruling the roost. They will with their half-baked understanding and knowledge play havoc with individual and social-harmony.