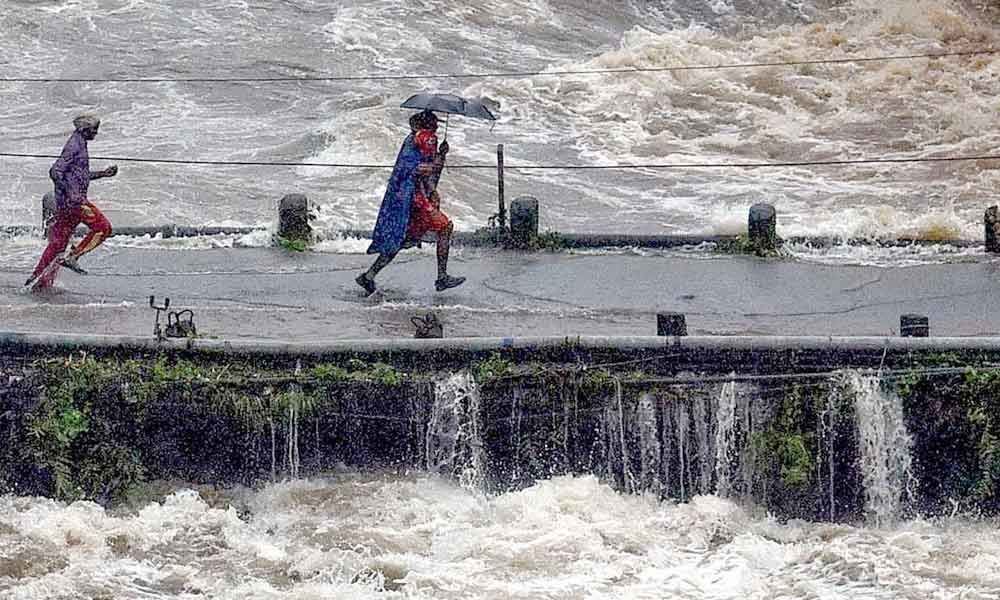 Mohammed Subhaan and Sooraj are full of smiles and playfulness now while their parents recount the terrifying tales of horrendous floods, marooned...

Mohammed Subhaan and Sooraj are full of smiles and playfulness now while their parents recount the terrifying tales of horrendous floods, marooned houses, overflowing dams and broken bridges.

While little Subhaan is all set to celebrate his first birthday this month, three-year-old Sooraj smiles shyly when asked if he remembers the torrential rains last year.

The tiny tots are unaware that exactly a year ago, their innocent faces had become a symbol of resilience to a State that had suffered the deadliest deluge of a century leaving hundreds dead and lakhs homeless.

The nail-biting story of Subhaan, whose mother was daringly airlifted by the Navy just before his birth, and the risky sprint of a NDRF official holding Sooraj in his hand through a flooded bridge, are the evergreen positive memories of the August floods.

Subhaan was born in a hospital soon after his mother Sajitha Jabil was airlifted by Navy personnel from the rooftop of a marooned mosque in submerged Aluva in Ernakulam district on August 17 last year.

When television channels aired the visuals of a Navy chopper hovering over the building and winching up the heavily pregnant woman, with a ruptured amniotic sac, people of the State prayed with their fingers crossed for the safety of the to-be-mother and the child.

The Navy later shared on social media the news of the safe delivery of the baby boy and the photos of the newborn and Sajitha.

Amidst the stories of sorrow and despair during the flood days, the safe birth of Subhaan and the courage shown by his mother had brought immense joy to the people across the State and infused confidence to fight adversities.

Looking back a year after the deluge, Sajitha, holding a smiling Subhaan in her hand, said her baby's safety was her sole priority while agreeing to be airlifted on that day.

"I did not think about anything other than my child that day. I had already developed labour pains the previous night itself. I did not worry about my safety, but the only priority was to reach hospital somehow," Sajitha said.

Hailing from Kondotty in Aluva near Kochi, Sajitha had sought refuge in a relief camp at nearby Hidayathul Islam Madrassa with her two children, husband Jabil, parents and other relatives on August 15.

"Water level was rising fast around and there seemed to be no respite from the incessant rains. We all got ourselves stuffed in a car and reached the mosque somehow.

There was water till windows of the car. Flood water gushed to the ground floor of the mosque the next day," she recalled.

Sajitha said though her delivery was scheduled on August 20, uneasiness and difficulties started since August 16 night. Tension mounted as her amniotic sac ruptured and the hapless family found no means to shift her to the hospital.

Amniotic sac is the fluid-filled sac that contains and protects a foetus in the womb.

"As all roads were flooded, we tried to get a country boat to reach hospital. In between, my relatives were trying to contact the Navy. After hours of constant attempt, they got in touch with the Navy personnel only the next day," she said.

The Navy's Chetak helicopter passed the mosque twice as it could not identify the exact location. The inmates of the relief camp, however, managed to catch their attention, the third time.

With electric cables crisscrossing the area, there was no way the copter could land on the building terrace and the only option was airlift.

"A doctor came down from the hovering chopper and examined me and then the officers winched me up safely amidst prayers and cheers of the camp inmates who had gathered on the terrace," the woman said.

She delivered the baby boy within hours at the Sanjeevani hospital at the Kochi Naval Base.

A Commanding Officer, who came to meet the mother and the newborn at the hospital, named the tiny tot as Subhaan.

"When I was brought out of the delivery room, I was surprised seeing the photos of me and my son flashing on television channels at the hospital. I can never forget the fear, anxiety and the final joy of that day," she added.

Sajitha and her husband, a mobile shop employee, are now getting ready to celebrate the first birthday of Subhaan.

Captain Vijay Varma, the naval pilot who airlifted her safely, has been invited by the family to participate in the first birthday celebrations, she said.

Like Subhaan, another child, Sooraj, a native of Cheruthony in Idukki district, had struck a chord with his heroic rescue by the NDRF personnel.

"It was raining heavily and my son was down with high fever. We wanted to take him to the nearby hospital, but the only way was to reach the other side of the overflowing Cheruthoni River through the bridge," Vijayaraj said.

The water level had risen alarmingly that day as the shutter of the Idukki dam was opened and the excess water was released.

Under the narrow bridge, the flooded river could be seen surging forward violently uprooting trees and engulfing structures on both shores.

As the child's condition worsened, Vijayaraj ran to the bridge pressing him to his chest, ignoring the downpour and strong winds.

But the policemen standing near the bridge told him that it was risky to cross as the water level was rising.

"Then came a man in blue raincoat and umbrella who suddenly grabbed the child from my hand and started to run across the bridge. I also ran behind him frantically.

Within seconds, he reached the other side and handed over my son to me," Vijayaraj said.

Only later did he come to know that the brave person who saved his child risking his own life was NDRF rescue officer Kanhaiya Kumar.

The photograph of the officer holding the ailing boy and running across a battered bridge, which stood in the middle of a furious river, had later caught the attention of the world.

"What I saw when I looked back after reaching the other side of the bridge was shocking. There was no sign of it as water was overflowing.

All happened within seconds," Vijayaraj said. Another helping hand was that of a policeman who voluntarily gave money from his own pocket for the treatment of the child before they rushed to the hospital.

If anyone asks Sooraj, now an LGK student, whether he remembers anything about the horrific day, he would just smile and say, "water came... we ran...."

Over 400 people had died and lakhs had been displaced and become homeless in the deluge that hit the state last August.