Of cheques and balances 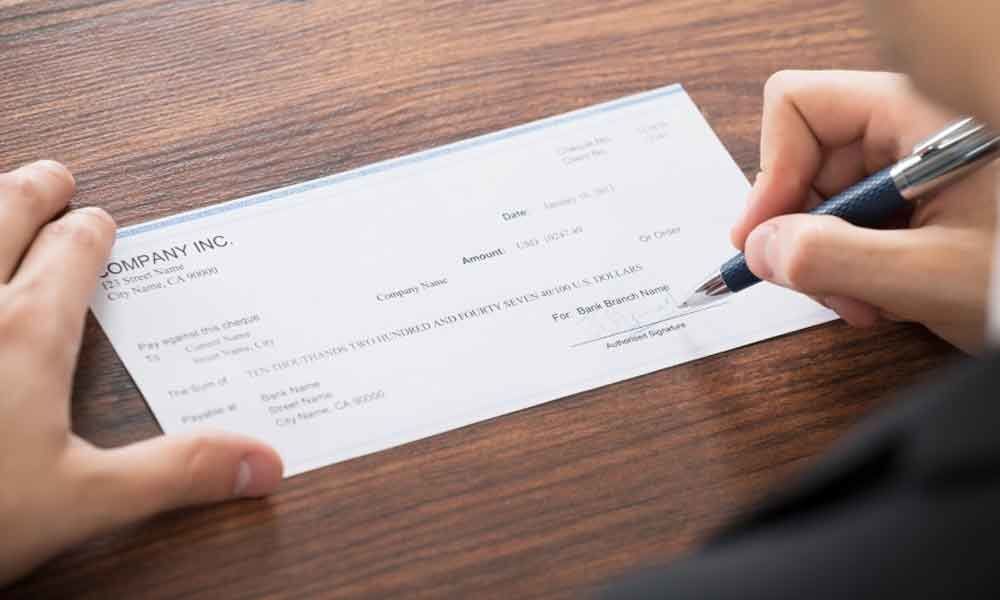 This was way back in the year 1991 when the facility of online payment of electricity bills was seldom in vogue.

This was way back in the year 1991 when the facility of online payment of electricity bills was seldom in vogue. Generally, we come across incidents of bank cheques bouncing due to lack of funds. It is rare to see a cheque bouncing because the signature of the issuer is missing.

One such incident of a cheque issued by my father to electricity department to pay the monthly charges of July,1991 had become a bone of contention and had created a difference of opinion of members of family at that time.

As our domestic electricity bills never showed a figure that is less than four digits, we were accustomed to the practice of making the bill payment through bank cheques only and not by cash.

It was customary for my father, being the head of the family and also the owner of the house, to pay all such bills out of his own bank account after meticulously incorporating all the details and then putting his signature on the cheque.

There was no scope for my father, who was an eminent educationist, ever failing to draft a cheque. As far as our family members knew, there had never been an occasion where my father would default in issuing a cheque.

However, he was scornfully discredited by some of my family members for the minor lapse of issuing an unsigned cheque, which apparently had gone through several hands before finally reaching the stage of being termed a "bounced cheque".

The department raised the issue a fortnight after the cheque was accepted at the payment counter and my father was considered an absent-minded professor, a term that seemed to be apt as he was a professor.

During the discussions we subsequently had, we tried to figure out the meaning of the term "bounce", which has legal implications.

The phone call that we had received the other day from the electricity department informing us about the bouncing of the cheque perplexed us.

The incident was all the more confounding as the manager of the local bank refused to produce any evidence or give any reason for the cheque having bounced.

The manager had simply stated that the bank had not received the cheque and advised us to try and trace it at the electricity department.

At the outset, we doubted the integrity of the electricity department, which demanded that we pay a penalty over and above the bill amount.

While we accepted that my father was initially at fault as he had issued an unsigned cheque, the clerk who accepted the cheque at the counter was equally negligent for having accepted it and even issuing a computerised receipt for it.

Worse still was that a person at the head office forwarded it for redemption to the local branch of the bank on which the cheque was issued.

Eventually, clearance was stalled as the mistake came to light and the cheque did not reach the local branch of the bank concerned. It was only after the bank redirected the cheque to the electricity department that we insisted that the case be probed.

We had in the process to pay the penalty along with the actual amount in order not to have our power supply disconnected.

However, it should be noted that issuing an unsigned cheque that is rejected could attract serious implications and even lead to imprisonment of the account holder.

When the issue came up in my family it was thought it did not involve a transaction of thousands or lakhs of rupees.

By taking timely action, we managed to prevent the situation from getting out of hand as even a minor default is punishable by law. Thank God, we escaped punishment of any kind.