Pros and cons of IT revolution 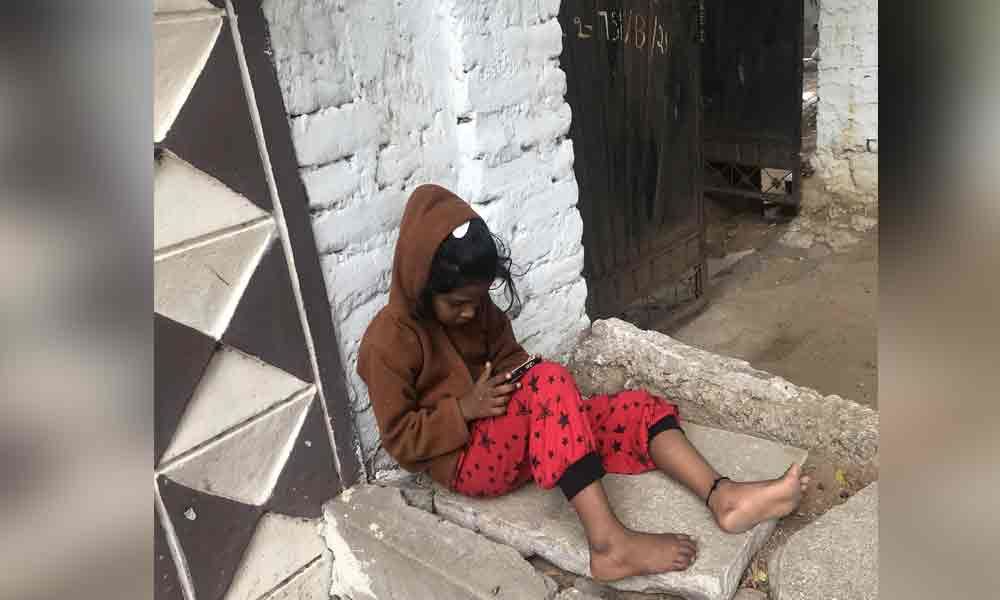 The story goes that an illiterate, elderly person once approached the village scribe with a request to write a letter. The scribe declined, saying he...

The story goes that an illiterate, elderly person once approached the village scribe with a request to write a letter. The scribe declined, saying he had a thorn in his foot. Upon being asked how a thorn in the foot could interfere with the ability to write a letter, he replied that it was he, after all, who had also to read the letter, in the other village, to the addressee! Such were the difficulties people faced in the days of yore, when the twin challenges of illiteracy and poor communications caused dependence on sources of assistance, which were not merely unreliable, but fraught with the potential risk of grave miscarriage of messages.

One significant feature of life is the need, and the ability, on the part of an individual or a group, to communicate with others. Communication can range from very subtle methods of exchange to conversations and to mass communication. The history of communication represents mankind's endeavour to discover ways to communicate, from the oral signals and the medium of speech etc.

to the birth of the internet and on to smart phones and satellite communications. The SETI, or the Search for Extraterrestrial Intelligence, is the ultimate manifestation of mankind's effort to use the tool of communication to reach out into the remotest regions of outer space, looking for life elsewhere in the universe.

The origin of speech represented a major milestone in communication and occurred around 50,000 BC. Then came the cave paintings, which date to around 30,000 BC. The next advancement was petroglyphs, estimated to have entered the scene around 10,000 to 12,000 BC.

Pictograms, whereby ideas are transmitted through drawing, were the next step in the evolution of communication, and became popular around 6,000 to 5,000 BC. Those evolved into ideograms which were the precursors of writing systems, the earliest of which, primarily logographic in nature, was associated with the beginning of the bronze age or late 4,000 BC.

Finally, it was around 3,500 BC that the Sumerians developed a form of writing of hieroglyphic writing. It was the Phoenicians in the 16th century BC who are credited with first having developed an alphabet. The Indus Valley script also dates to this era, though some scholars question its status as a writing system.

Important manifestations of the applications of verbal communication are the ancient arts singing songs, puppet shows and most historically the grandmothers' story telling. Oral poets from the Indo-European region were known as "weavers of words" for their mastery over the spoken word and ability to tell stories.

With the invention, in 1450, by Johannes Gutenberg, of the printing press and, nearly 400 years later, the production of paper, by Charles Fenerty, the field of communication underwent a spectacular transformation. Staying abreast with developments in the environment, and communication through the mode of writing letters, were the most important consequences of those two inventions.

Modern communications, which started off as letters carried by rail, then by horse carriage or foot messengers, for final delivery, soon yielded to the technology of telegraph, and of the telephone (thanks to Alexander Bell and Thomas Watson), and, finally, today, to the internet, e-mail, Twitter, Facebook etc., which can now be done even through mobile phones.

Not very long ago a personal telephone was a rare commodity. But for a few very rare exceptions, people had to go to the telephone booths or shops, or to someone else's house to use the facility.

Time was, when this columnist, in order to communicate with his fiancé, through what was then known as the "trunk call", had to go to a Public Call Office, located in a post office outside the town of Machilipatnam (where he was working ), and wait for hours on end for the call to mature!

Communications made its entry into the news and entertainment fields through movies in the 19th century, the electronic media first via the radio in 1920 and the television in 1925. Today, in the Telugu language itself, there are as many as 27 channels. Finally, we have all reached what is known as the information age, also known as the computer or digital age.

We have easy access to the Internet, which is something like a universal library, some parts of which are free and others available on payment. E-mail has also become an essential part of communication between individuals and institutions and has replaced its forerunners such as the fax and the telex.

The World Wide Web, created in 1899, combines words, graphics, video, sound and colours and includes advertising in downloadable texts and programmes. It is a veritable storehouse of information on almost any subject or topic. Individuals, organisations, and upcoming events often maintain "websites" which are in cyberspace and store related information.

There are, in addition, chat rooms or electronic gatherings places for people with similar interests. The advent of social media such as Facebook, Twitter, WhatsApp etc., revolutionised communication between institutions and persons around the world.

What is more, modes of communication, such as teleconferencing and video conferencing, have added new and hitherto unknown spectacular dimensions to the manner in which decisions are taken in the corporate and government bodies.

Telemedicine, in particular, has proved to be an invaluable method of gaining affordable access to the services of skilled and highly qualified surgeons and physicians by patients living in faraway places. Cell phones, aided by satellite communications, have also become extremely useful in physical and graphical depictions of the progress of programmes and projects as a part of monitoring.

Arthur C Clarke, in his "2001 – A Space Odyssey", predicted that, by the turn of the 20th century, the entire world would become a gossiping village. It has indeed come true. While the current trend of phenomenal growth and innovations in the Information Technology -Technology leapfrogging" - brings with it robust opportunities, particularly in the scientific areas, it also poses serious issues such as internet congestion and threats to authentication, and the vulnerability of the privacy of data and networks.

While the enormous opportunities created by the explosion of Information Technology can hardly be exaggerated, it is necessary to remember that the harmful effects of this phenomenon, such as addiction to mobile phones on the part of teenagers - including months old kids - need to be kept in mind and necessary corrective steps taken. With over 90% of people using mobile phones at home or on the roads – and, often, carelessly - safety will be a major concern to be addressed in the future.

While digital communication instruments can be of great value in many fields of global concern such as the fight against terrorism, containing moral degradation and day to day crime, they can also be equally effective in triggering bomb blasts and hacking websites containing secret and classified strategic information concerning the internal security of countries.

On account of increasing congestion in cyberspace it is possible that the requirements of science and technology may be forced to take a backseat as compared to relatively less important areas such as entertainment and advertising.

The Internet Engineering Task Force should begin long-term planning to assess the carrying capacity and distribution capability of the Internet and also consider whether the creation of dedicated space for international science networks is a viable option.

The wonderful benefits of the information revolution notwithstanding, the harmful consequences that can visit civil societies and nations can hardly be understated.

On several occasions in the last three decades, the world has seen grave abuse of instant communication systems in the area of terrorism. The time would certainly appear to have come when an international consensus needs to be reached about regulating the use of communication technology.

An excellent precedent is available in the area of money laundering where such an agreement has already been achieved. The United Nations, in fact, should take the lead to organise an exercise to build opinion to strengthen such an effort, so that abuse of information technology in areas of crime and decadent moral practices can be checked effectively.