Rendezvous with a Nobel laureate 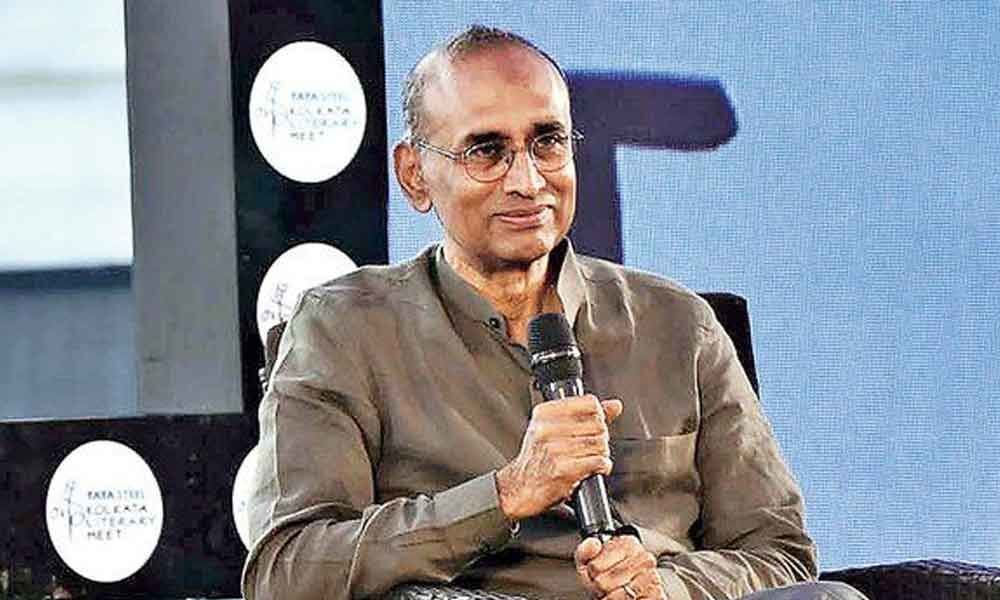 When I met Nobel laureate and Padma Vibhushan awardee Dr Venkatraman Ramakrishnan over coffee at Hotel Savera (during the end of December 2011), I was...

When I met Nobel laureate and Padma Vibhushan awardee Dr Venkatraman Ramakrishnan over coffee at Hotel Savera (during the end of December 2011), I was struck by his simplicity and spontaneous smile and easy mannerisms.

Even as people were crowding around to catch his eye and have a word with him, I tried to take a picture of him when a sophisticated lady introduced herself as his cousin and said, "I will take a picture of both of you," and she clicked from my camera.

I felt it was very sweet of her to have offered to do so. I asked for his visiting card to which he replied, "I don't have a card or a car."

When I wished to know his email id to do an interview of him, he reached out for the tissue placed on the table nearby and quickly wrote it down and handed it over to me.

I said I had no knowledge of Science or Physics and his spontaneous remark was, "I am a failed Physicist. You know, in a wedding invitation, they write next to the bride's name: B A failed."

I was amazed at his sense of humour coupled with humility. When he said people might like him before his lecture and dislike him after that, I asked whether he would bust the many myths about Science, considering the topic 'The Sceptical Scientist' he would be speaking on.

By then, it was time for the programme to commence and the audience I observed was a mix of academics, doctors, former officials and school students who turned up in quite a good number (it was the first time that I had seen so many youngsters attending a lecture).

Dr Ramakrishnan announced at the outset that in the interaction that would follow his oration, preference should be given to young students to ask questions and he would give prizes for the two best questions which were copies of books he had drawn material for his presentation: Voodoo Science, by Robert Park (Oxford University Press) and Bad Science by Ben Goldacre (Fourth Estate, London 2008).

His one-hour illustrative lecture interspersed with humour was spellbinding and provided food for thought to many in the audience.

Freedom of thought is essential to science and children have an inborn mechanism to believe what they are told; Beliefs are slow to die even among scientists; Astrology wholly depends on past, astronomy is a science as it believes in change; Modern science protects us from false fears and beliefs; confident doctors generally tend to have better outcomes and Placebo is better than anti depression pills are some of the points culled out from his lecture.

Most of the questions based on his talk were posed by school students and a few by some professionals. Just after a couple of days of the dawning of 2012, news of Indian-born Dr Ramakrishnan having been conferred knighthood 'for services to molecular biology' came as no surprise.

His book 'The Gene Machine' which recently came out is a candid memoir that describes both the quest for the ribosome structure and the human side of science. Sir Ramakrishnan is the current president of the Royal Society.