Scheduled to be raped, tortured and killed? 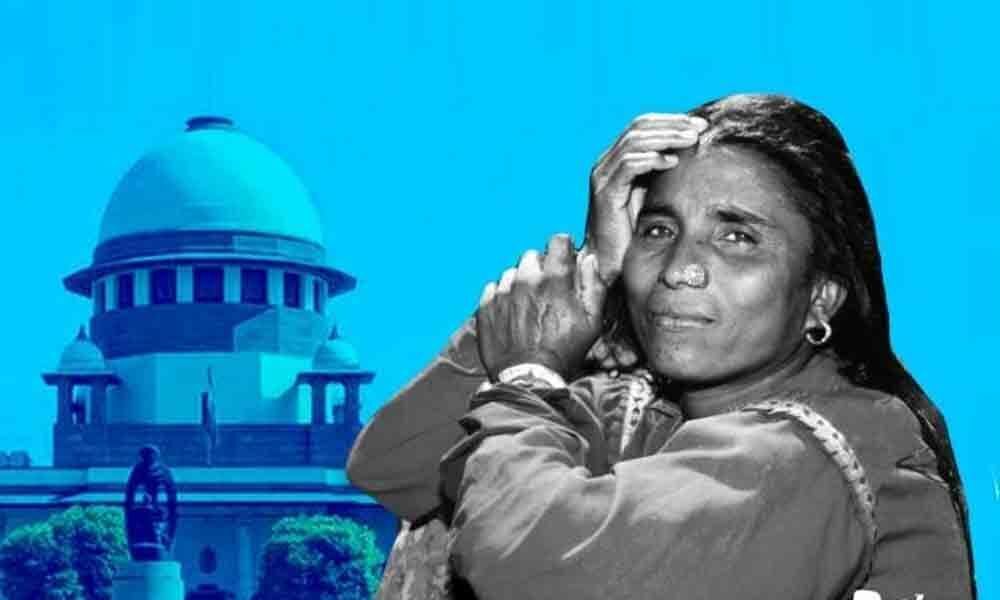 Scheduled to be raped, tortured and killed?
Highlights

On July 23 this year, when a sitting judge of the Kerala High Court told a public function that 'a Brahmin is a dwijanmana - twice born...because of...

On July 23 this year, when a sitting judge of the Kerala High Court told a public function that "a Brahmin is a dwijanmana - twice born...because of poorvajanmasuridham, he is twice born," it appeared in the news for a while and people soon forgot about it.

No one read much into it. Similarly, when Scheduled Castes are being attacked in this country almost on a daily basis and their livelihoods are being snatched away regularly, no one seems to be bothered.

The incidents seem to be stray and hence, perhaps, do not merit media attention. But, the regularity of the attacks is alarming. It shows that the society is becoming increasingly intolerant towards SCs, just as it is becoming so towards the minorities.

Several scholars and SC organisations which are chronicling the attacks are stunned at the frequency of the attacks nowadays. Their compilation of the attacks gives us a glimpse into the horrific crimes against the deprived sections of the society.

May 25: A young doctor (ST), Payal Tadvi, was driven to commit suicide by three senior women doctors also working in the Nair Hospital, Mumbai (Maharashtra). They would harass her in many different ways because she belonged to the tribal community.

It was only after much public outrage that the three culprits were arrested but the enquiry conducted did not speak of casteist harassment. It was only after the photograph of the suicide note left by Dr Payal was found that the charges under SC/ST Act were framed.

May 26: A young SC boy in East Godavari district (AP) was beaten to death on the charge of stealing mangoes. His body was hanged from a tree to make it appear like a suicide, but, after an agitation, a case of murder was registered.

June 3: A graduate SC youth A S Prathap was attacked while the bike on which he was coming from Mysore to his place near Gundlupet (Karnataka) was being repaired. It was a late night and his bike was snatched away. He walked up to a temple in a nearby village and slept on its premises.

In the morning, the priest saw him sleeping on the premises, got angry. He and some upper caste villagers, beat the young man, stripped and paraded him naked for about 3 to 4 kilometers.

June 25: An SC CPI(M) member was murdered by some BJP men in Sipahizala District (Tripura).

June 26: An SC man and his upper caste wife visited his in-laws in Chittoor district (AP) three years after their marriage and after the birth of their child. They were both ruthlessly killed by her family members.

Similarly, six honour killings occurred in Tamil Nadu in July. On, July 2, Budh Kumar Tripura, a tribal leader in Tripura was lynched by a communal vigilante group on the plea that he was stealing a cow.

On July 4, the father of an SC woman who along with her husband was hacked to death for their inter-caste marriage has admitted to committing the crime in Thoothukudi district of Tamil Nadu.

In the intervening night of July 5-6, three SC youth were stripped and assaulted by a group after they were allegedly caught stealing stationery from a Union Bank customer care service centre in Jaunpur district of Uttar Pradesh.

On the night of July 7, one SC person was tortured and killed in a police station in Churu district, Rajasthan. His sister-in-law who had also been taken there was brutally gang-raped by the police.

On July 8, a 38-year-old woman was gang-raped by three men who stopped her husband's two-wheeler and dragged her away. Her husband went to lodge a complaint at the police station but was beaten and abused by the police. Later, when the woman could be brought there, they filed a complaint against 'unknown persons'. This occurred in Mainpuri, UP, and the victim was an SC woman.

On the same day, a youth, Haresh, was hacked to death by his upper caste in-laws when he went to bring his 2 months pregnant wife home from their place. He was accompanied by a woman constable who could do nothing to save him. This occurred in Varmor village, Ahmedabad, Gujarat. He was an SC person.

July 10: Sakshi Misra, the daughter of BJP MLA from Bareilly (UP), Rajesh Misra, married Ajitesh Kumar from an SC community and both were threatened by her father and his goons. They put their fears on social media for protection and finally approached the High Court, Allahabad, where the administration was ordered to protect them.

July 13: Ashok, a prominent DYFI leader of Tirunelveli (TN) who belonged an SC community, was attacked and murdered by upper caste goons. In this area, the SCs have to walk through the settlement of the dominant Maravar caste people who abuse them, especially women. Ashok used to oppose this and had been attacked along with his mother earlier. The police paid no attention to their complaint. When the 'abusers' got the opportunity, they attacked again and killed him.

July 16: In Mandya district (Karnataka) land belonging to one Ramakrishaiah, was grabbed by a former MLA with police help and the victims were badly beaten up.

July 19: During a temple festival in Mallekavu village (Karnataka), Jagadeesh, along with his family, entered the temple and they were attacked by upper caste persons led by Somaiah, a Congress leader.

Later, the village panchayat fined Jagadeesh Rs 25,000 and ordered him to paint the walls of the temple which had been 'defiled'. He has refused to comply, and a case has been filed.

The NRC undertaken in Assam is ruining the lives of the SC/ST communities as their illiteracy is coming in the way of their providing proper documentation. Again, during the last few months, at least 16 sanitation workers died in Kanpur, Vadodra, Tamil Nadu and Rohtak and yet, it does not merit the government attention at all. Between 2014-19, Rs 7.5 lakh crore rupees allocated for SC/ST welfare was not spent.

Shockingly, this is 70.16 percent of the total allocation. The recent Budget (2019-20) introduced by the government has drastically cut expenditure in various spheres which will impact the employment and advancement of SC/ST communities. The total outlay on welfare schemes for SC communities is only 2.92% of the total budget.

Despite the outrage against the horrifying number of deaths of sanitation workers and the terrible conditions in which they work, the Budget does almost nothing to end this barbaric system. It does not even provide for the education of children of their families. The outlay for scholarships for SCs at all levels is less than what it was in earlier years (even less than 2014 to 2017).

A terrible example of the repression against the SC/ST communities in the country is the Sonbhadra attack in which 10 persons including three women were killed for land by upper caste men.

Why are we not ashamed of this discrimination?

The situation is quite critical. Or is it all 'karma phalam' as the said judge would like to describe it? Is anyone listening?