Splits and mergers do not attract disqualification 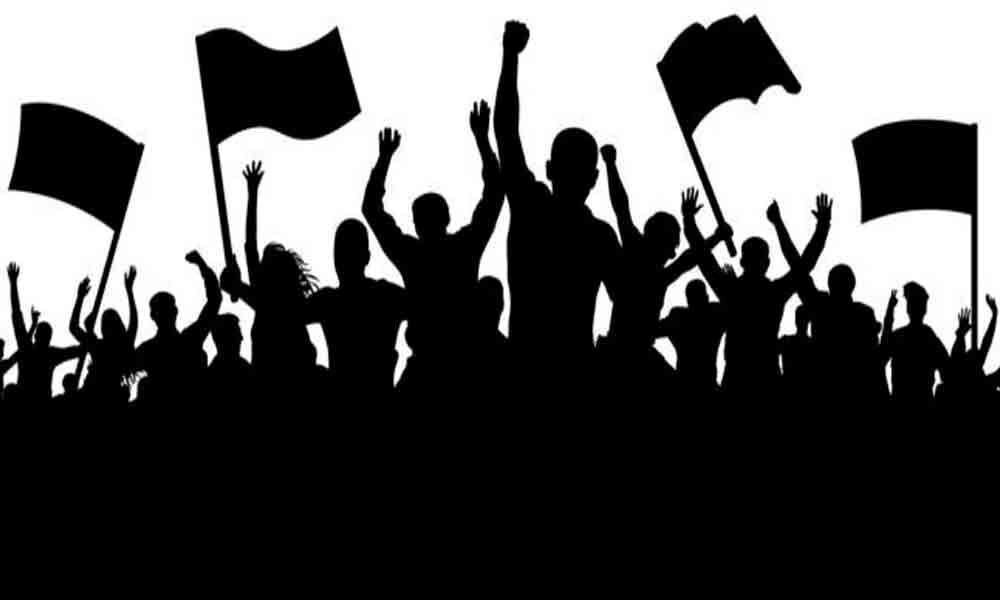 x
Splits and mergers do not attract disqualification
Highlights

In the event of two-third members of Telangana Legislative Assembly elected on the symbol of Indian National Congress Party deciding to form a...

In the event of two-third members of Telangana Legislative Assembly elected on the symbol of Indian National Congress Party deciding to form a separate group and approach the Speaker to recognise them for merger with ruling TRS party, the Speaker is left with no alternative except to concede their request.

Such a move shall not attract anti-defection provisions in accordance with the law. Maybe it is debatable in the context of Telangana High Court observation making it clear that it has the power to set aside the merger of the CLP in to TRSLP in case of any illegality on the authorities' part. The Court has also decided that there is no urgency to hear the petition filled by Congress MLAs Bhatti Vikramarka and N Uttam Kumar Reddy seeking direction to the Assembly Speaker to decide on disqualification of such members before passing any orders on merger. The Bench preferred to hear the petition on June 11.

Splits in the political party, mergers in the House and the Anti defection law itself is an interesting study. The Speaker represents the House and represents the dignity and freedom of the House. The Institution of the Speaker becomes the symbol of the Nation's or the concerned State's freedom and liberty. His decision has to be respected and honoured.

The question is whether the defections that are now taking place in Telangana are principled or unprincipled. MLAs in sizeable numbers belonging to Congress party are joining the Telangana Rashtra Samithi one-after-another in the recent past apparently realising the need for a political reunion and polarisation. For some it may be unprincipled but for others it is principled beyond any doubt.

The reasons for changing party as announced by the members who switched over is that, they are doing so for development of their constituencies since they committed to people for this. They strongly believe, and may be rightly believe, that it is possible only when they join TRS. Another factor is that, the political parties of those elected representatives joining TRS, apparently failed to play the role of true opposition necessitated in a democratic set-up.

The fundamental object of Anti-defection law is to put an end to the malady of "unprincipled" defection of legislators, but, at the same time, providing scope for realignment of forces by way of merger and split of political parties on ideological tie-ups. It is not correct to say that all defections are unprincipled. In fact, in India a number of political stalwarts and heavyweights changed their political allegiance at one time or other in the past influenced by honest differences with the leadership.

With regards the disqualification plea put forward by the Congress leaders, the provisions of Anti-defection law clearly say that a member shall face disqualification only when he or she votes in the House contrary to the direction issued by the political party to which he or she belongs. This has not happened yet. None of them against whom disqualification plea was made, except announcement of their intention, have joined TRS officially on paper.

Disqualification on ground of defection would not, however, is applicable, where a member of a House makes a claim that he and any other member of his legislature party constitute the group representing a faction which has arisen as a result of a split in his original political party and such group consists of not less than one-third of the members of such legislature party. In accordance with this provision if one-third (Seven MLAs in case of Telangana) of the MLAs who were elected on Congress Ticket, group themselves and claim as separate group the provisions of Anti-defection does not apply to them.

If two-thirds of the members (13 MLAs out of 19 elected on Congress party Ticket in case of Telangana) of the Legislature Party agree to merge with any other political party, the disqualification does not affect them. When this is followed then everything is in order and there is nothing illegal in it.

In either case the Speaker of the House is expected to enquire into the split. He would however prefer such an enquiry when he receives a proper petition under the rules seeking disqualification of a member and till such time the Speaker has no authority to go into the split. In such an enquiry the Speaker is bound to ascertain whether there was a split in the Legislature Party of the member on whose symbol he or she was elected.

While discussing the matter, the Lok Sabha observed: "If people vote against the party whip and if they happen to be l/3rd of that party's legislature strength, or above, then irrespective of the fact whether there is a national split or a state split, the splitters will remain there and they will not be disqualified".

The real foundation of parliamentary democracy lies in the freedom of speech and expression and the right to form association. These are fundamental Rights under the Constitution of India. Political parties are born out of these freedoms and are manifestation of collective enjoyment of these rights for common objects set up by them. Disagreement with the ideals of a political party, or dissent with the leader, may persuade a member of the party to leave it or join another political party. His freedom to do so is absolute.

Anti-Defection Law provided that the disqualification on the ground of defection shall not apply in the cases of splits and mergers of the Legislature Parties. For this purpose, a split will be deemed to have occurred when a group of members consisting of not less than one third of the total membership of a legislature party either breaks away from their original party or abstains from voting or vote against the whip issued by the party. In case of merger if two-thirds of the members together make a request to Speaker, then none of them face any disqualification.

Once the Haryana Vidhan Sabha Speaker dismissed a petition filed against a BJP Legislator, on the ground of defection from BJP and joining the ruling Congress party on April 10,1992. The Legislator formed group and split from BJP and he formed a separate party BJP(K). His claim was recognised by the Speaker and later he merged his party to the Congress fold. Similar thing happened in UP Legislative Assembly also once.

If a member leaves the party in a company of 1/3 Members in his Legislature Party or if he joins another party in a group of 2/3 Members of his party in Assembly as part of merger he or she would not be punished and subjected to disqualification of his membership of the legislature.