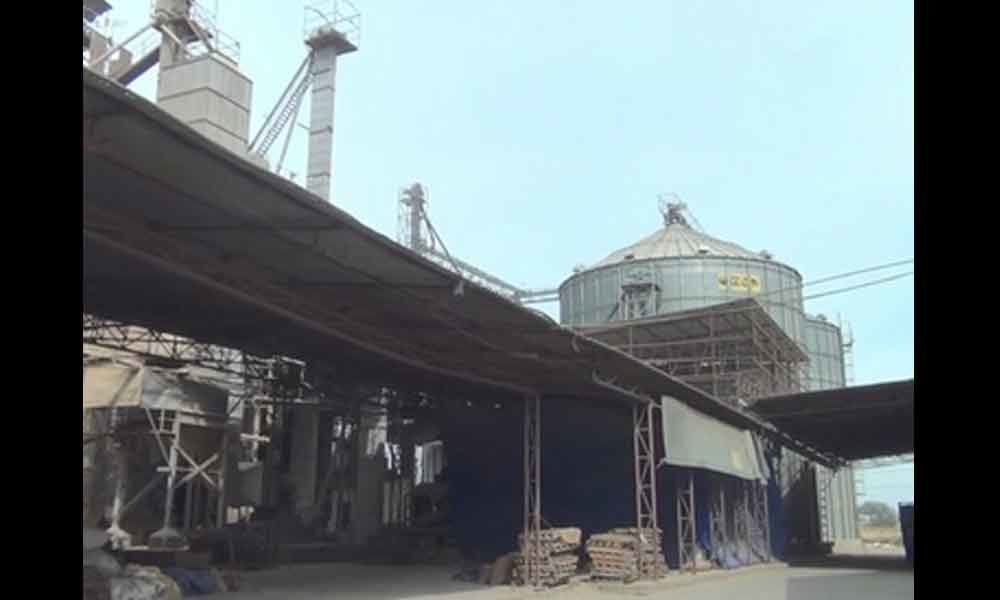 The faded yellow signboard with the word 'Best' etched on it in muddy brown hues is the first thing that catches the eye when we look at Best Food Rice Mill in Haryana's Karnal.

Put up at the entrance of the mill, the board accords an ironic welcome to the once-prosperous mill that employed over a 1,000 people at one point.

But after the management applied for bankruptcy last year, the mill, which started operations in 2001 and once boasted of an annual turnover of Rs 1,000 crore, closed down.

The other mills in the rice-producing belt, which includes the Kaithal parliamentary constituency, have fared no better. Four other major rice mills — Dunar, Ramdev RP, Shaktibhog and The Siddhivinayak — were declared non-performing assets (NPAs) in the past five years.

Those involved in custom milling rice in the region say that the Goods and Services Tax (GST), in addition to state taxes, narrowed their profit margins, and other "unfavourable" government policies squeezed the mills dry.

The rice millers — commonly considered a powerful lobby — don't get as much public sympathy as, say, farmers. Millers accuse the government of not giving them the attention they deserve, considering their importance in the food distribution system. Across the board, the gripe is that the government is not interested in making the market friendlier for the industry despite its pre-poll assurances.

Determined to not let this happen, director of Giriraj Mill Neeraj Mittal says millers are uniting to pledge their support to political parties that include the problems they raise in their manifestos. He has the direst predictions for the industry if the government doesn't wake up in time.

"Look at what's happening. This cannot continue for long," he says.

Their fight is with the State government, which came into the hands of the BJP for the first time in 2014. A year later, the Haryana Rice Millers and Dealers Association announced an indefinite boycott of paddy purchases until their demands — which included relaxation of certain pre-GST taxes and moisture norms in the paddy — were met.

They called off the strike four days later, "sensing the unrelenting mood of the government". But with the Haryana Assembly elections barely six months away, the BJP seeking re-election at the Centre might find it hard to escape the collateral anger of these disgruntled voters.

Randeep Singh Surjewala, Congress national spokesperson and party MLA from Kaithal, predictably lays the blame for the state of affairs on the BJP, saying demonetisation and GST had destroyed the rice mill industry.

"This government talks about providing employment, but it has been snatching employment away from the rice mills due to wrong policies," he says.

But the problems of the mills predate the BJP, which might have aggravated it, as for years, the industry has had to deal with inert policies that haven't kept up with change.

Most of the 225 rice mills in Kaithal, with a combined annual turnover of Rs 7,000 crore, are running in losses, for which government policies are to blame, says Kaithal Rice Mill Association president Amarjeet Chhabra.

"The government rolled out the GST but failed to revoke the 4 percent bazaar tax," he says, referring to the tax they have to pay to sell the grain in the market.

Rice miller Narendra Kumar Miglani says that not only has Haryana failed to revoke bazaar tax after implementing GST, but it also remains among the states with the highest bazaar tax slabs.

"The bazaar tax imposed in Haryana is as high as 4 percent, while in Rajasthan, it is only 1.8 percent. States like Madhya Pradesh and Punjab have stopped charging any such tax," Miglani says.

Another issue is the lack of storage capacity at government warehouses. Chhabra says 39 lakh metric tonnes of rice was to be delivered to the Haryana government by 31 March, but only 24 lakh metric tonnes have been delivered as there is no storage space. This means mills aren't able to move their milled rice and accept new orders.

"This year has also seen a fall in demand for rice from other states. So until we clear the old stock, it is difficult to buy more," he says.

Millers also alleged discrimination by the state. These millers are paid Rs 8 per quintal to transport the rice to government warehouses, but independent contractors are paid up to Rs 20 per quintal for the same job.

They also say that taxes made them shy away from building a brand and capitalising on the "brand value".

Miglani says that a 5 percent GST is levied on branded rice, further jacking up the prices, as a result of which many millers prefer to sell their rice without branding it.

He also says that in the past couple of years, many millers have shut shop and moved to neighbouring states with more favourable policies.

"Who will the paddy producers sell their stock to if there are no buyers?" he says.

Mahendra Garg, who has been a rice miller for 20 years, says the government often forces them to purchase low-quality paddy, under pressure from farmers who organise protests when they can't find buyers for their yield.

While there are policies to save paddy farmers from distress, none exist for the millers.

Director of Best Food Mahendra Pal Mittal says there is no government policy to support the losses incurred while exporting rice.

Agriculture expert Dr Dilip Gonsai says another reason behind declining rice exports, and thus profits, could be that many countries avoid buying Indian rice, particularly from Punjab and Haryana, as here, farmers use large quantities of fertilisers and pesticides.

About 8 to 10 percent of the total rice milled in India is exported to Great Britain, the Netherlands, France and Germany. But of late, these countries have adopted strict rules and are rejecting rice exposed to tricyclozole fungicide.

Rajiv Miglani, who has been associated with the milling industry for 25 years, says that not long ago, Haryana was bustling with at least a 1,000 rice mills, but the number has been rapidly dwindling.

"Millers in other states, like Punjab, do not have to pay taxes on basmati and also receive many incentives and facilities. But that is not the case in Haryana," he says, adding that their grievances fall on deaf ears and any candidate who promises to address their issues will definitely attract their interest.

Millers also rue the fact that though the mills are in operation only for nine months, they have to pay electricity charges on pro-rata basis even for the remaining months when they are shut.

Meanwhile, the state is cracking down on errant millers who failed to deposit 100 percent payments for custom milled rice.

With rice millers owing over Rs 300 crore to the Haryana government since 2011 and the police allegedly going easy on the near 95 FIRs against them, the government on Tuesday decided to get tough with them by constituting Special Investigation Teams (SITs) to bring the unscrupulous millers to book.

So far, the state has recovered payments for 99 percent of custom milled rice.