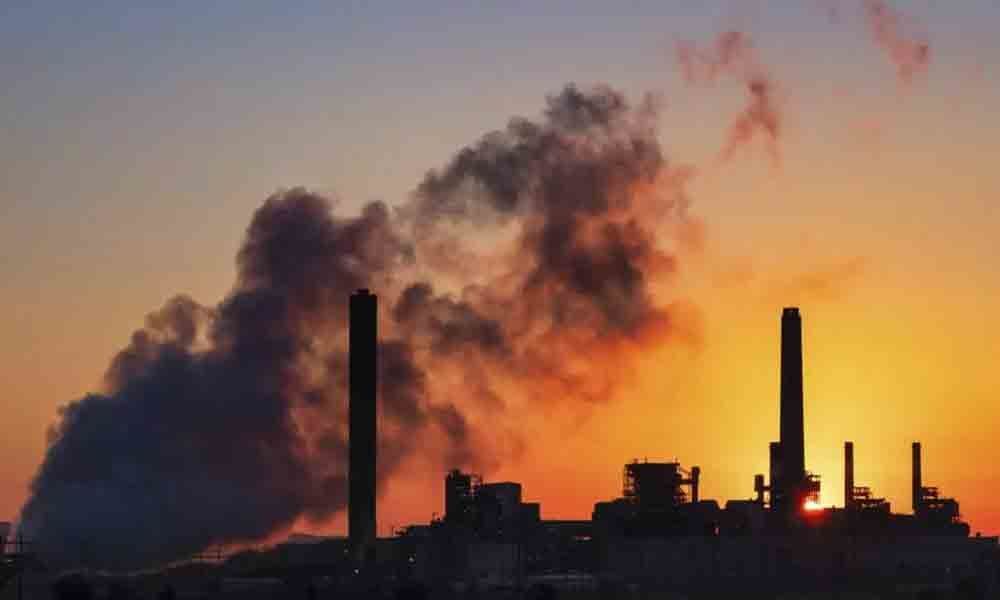 Putting a price on carbon pollution alone cannot reduce emissions enough to reach the Paris Agreement targets, according to a study.

Putting a price on carbon pollution alone cannot reduce emissions enough to reach the Paris Agreement targets, according to a study.

The Paris Agreement, signed in 2015, requires nations to collectively limit global warming to two degrees Celsius by 2100, and to pursue efforts to limit the temperature increase even further to 1.5 degrees Celsius.

This goal requires human-caused carbon dioxide (CO2) emissions to reach zero by 2070 and become negative afterwards, using strategies that remove CO2 from the air, such as carbon capture technologies or planting trees. However, the study published in the journal Joule, shows that carbon taxes, which are the currently favoured system for reaching this target, will not be enough to avoid catastrophic climate change. Researchers from Imperial College London in the UK suggest that alongside carbon taxes, which put a price on emissions, there also need to be incentives for strategies that remove CO2 from the atmosphere.

This will encourage these strategies to be implemented at a commercial scale in order to reach the Paris Agreement goals, according to researchers. "The current system of penalising greenhouse gas emissions through carbon taxes is not sufficient to avoid catastrophic climate change, even if very high taxes are enforced," said Habiba Daggash, from the Centre for Environmental Policy at Imperial College. Using this strategy alone, the Paris Agreement that most countries have committed to could not be delivered, the researchers said.

"The system needs to be adapted to recognise that not only do emissions need to be penalised, but actions that result in permanent removal of greenhouse gases from the atmosphere must also be credited," Daggash said. Placing a price on carbon, usually in the form of taxes on emissions, has been touted as a way of allowing market forces to produce a low-carbon economy, in which using low-carbon forms of energy is seen as an advantage.

Using the UK as an example, Habiba and Niall Mac Dowell, also from the Centre for Environmental Policy, modelled the future UK energy system based on several scenarios concerning levels of carbon taxation and incentives for carbon removal. Their analysis shows that much higher carbon taxes than current levels are enough to create a push for low-carbon technologies that satisfy emissions goals in the short term.

However, higher carbon taxes are not enough to incentivise the development and deployment of carbon removal strategies, which are necessary to reach long-term goals. If, instead, governments incentivised carbon removal strategies much earlier, then carbon taxes could remain lower while still encouraging removal strategies to be developed and deployed on a large scale. "Early incentives could both reduce the cost of delivering the Paris Agreement and satisfy our long-term need for negative emissions," Habiba said. The team said that the UK case study could apply to other regions, and are now investigating the situation in developing economies, using Nigeria as a case study.