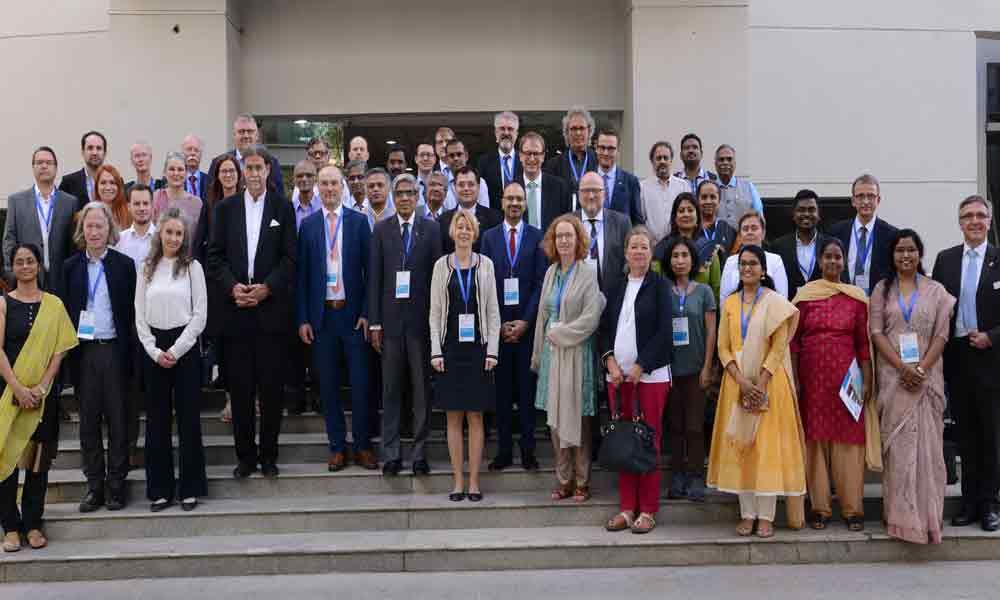 The visit of RWTH Aachen University Rector, accompanied by members of the Rectorate and a distinguished delegation of RWTH Scientists, highlights the extraordinary relationship between the two institutions and provides a fresh impetus to the development of new areas of cooperation. Several events, workshops and strategic discussions are being held from Monday to Wednesday at IIT Madras to enhance this collaboration.

Addressing an event held at IIT Madras Research Park on Tuesday, Walter J. Lindner, Ambassador of the Federal Republic of Germany to India said," We have over-population, global warming, environmental degradation and lack of resources, which can have a huge impact on the world population, which is expected to hit eleven billion. Universities such as IIT Madras have the expertise to come up with solutions to these global problems and cross border collaboration is the need of the hour. I am happy that Germany could contribute to the foundation of this institute sixty years ago."

The two sister universities RWTH Aachen University and IIT Madras occupy a unique spot in the Indo-German science and higher education landscape. Based on these historically grown relations, the partnership between the two institutions has evolved over the years. Today, it creates tangible advantages for faculty members, students and staff of both Institutions.

Speaking on the occasion, Prof Bhaskar Ramamurthi, Director, IIT Madras, said, "Many important projects related to sustainability, land use, and waste management are being done at the Indo-German Centre for Sustainability (IGCS), which is an important centre of collaboration between IIT Madras and RWTH Aachen University and has grown over the years. The new focus on coastal management now is due to climate change."

Further, he added: "The Institute has set up 37 large Centres of Excellence, which are interdisciplinary in nature and involve faculty and students from various departments. IIT Madras does nearly 1,000 projects a year, including with 250 Indian companies and a fair number of international companies as well."

Prof Bhaskar Ramamurthi was also conferred with the RWTH Honorary Fellow Award by Prof. Ulrich Rüdiger, Rector, RWTH Aachen University, in recognition of his scientific achievements, his merits for the bilateral cooperation and for the success story of IGCS.

Addressing the event, Prof. Ulrich Rüdiger said, "RWTH Aachen University is also working with the Industry along the lines of the model adopted by IIT Madras Research Park. Our joint history dates back to 1959 when RWTH Aachen University supported the foundation of IIT Madras. In 1966, the two Institutions formed the first German-Indian University partnership. In 2016, the strategic partnership of' Sister Universities' was initiated between the two universities. Around 1,400Indian students study at RWTH, the second largest contingent of foreign students in the university."