Life on Earth may have arisen in ponds, not oceans 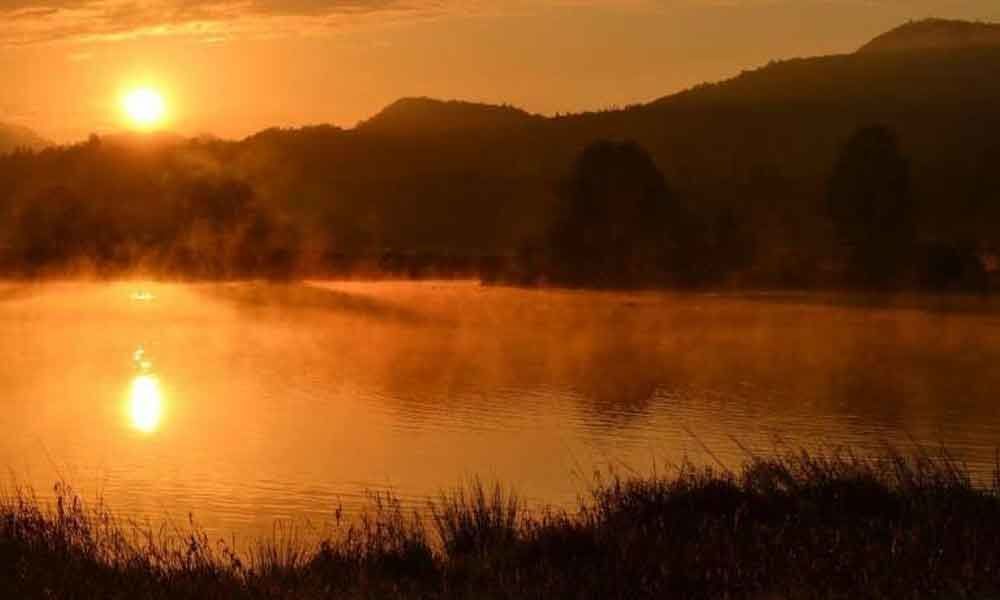 x
Life on Earth may have arisen in ponds, not oceans
Highlights

Primitive ponds may have provided a suitable environment for brewing up Earth's first life forms, rather than large oceans, an MIT study has found....

Primitive ponds may have provided a suitable environment for brewing up Earth's first life forms, rather than large oceans, an MIT study has found. Researchers report that shallow bodies of water, on the order of 10 centimeters deep, could have held high concentrations of nitrogen, which many scientists believe to be a key ingredient for jump-starting life on Earth.

In shallow ponds, nitrogen, in the form of nitrogenous oxides, would have had a good chance of accumulating enough to react with other compounds and give rise to the first living organisms. In much deeper oceans, nitrogen would have had a harder time establishing a significant, life-catalysing presence, the researchers say.

"Our overall message is, if you think the origin of life required fixed nitrogen, as many people do, then it's tough to have the origin of life happen in the ocean," said Sukrit Ranjan, from Massachusetts Institute of Technology (MIT) in the US. "It's much easier to have that happen in a pond," Ranjan said in a statement.

Nitrogenous oxides were likely deposited in bodies of water, including oceans and ponds, as remnants of the breakdown of nitrogen in Earth's atmosphere. Atmospheric nitrogen consists of two nitrogen molecules, linked via a strong triple bond, that can only be broken by an extremely energetic event -- namely, lightning.

"Lightning is like a really intense bomb going off," Ranjan said. "It produces enough energy that it breaks that triple bond in our atmospheric nitrogen gas, to produce nitrogenous oxides that can then rain down into water bodies," he said. Scientists believe that there could have been enough lightning crackling through the early atmosphere to produce an abundance of nitrogenous oxides to fuel the origin of life in the ocean.

The team looked through the scientific literature and found that nitrogenous oxides in water can be broken down via interactions with the Sun's ultraviolet light, and also with dissolved iron sloughed off from primitive oceanic rocks. Both ultraviolet light and dissolved iron could have destroyed a significant portion of nitrogenous oxides in the ocean, sending the compounds back into the atmosphere as gaseous nitrogen.

"We showed that if you include these two new sinks that people hadn't thought about before, that suppresses the concentrations of nitrogenous oxides in the ocean by a factor of 1,000, relative to what people calculated before," Ranjan said. In the ocean, ultraviolet light and dissolved iron would have made nitrogenous oxides far less available for synthesizing living organisms. In shallow ponds, however, life would have had a better chance to take hold.