The dog and donkey 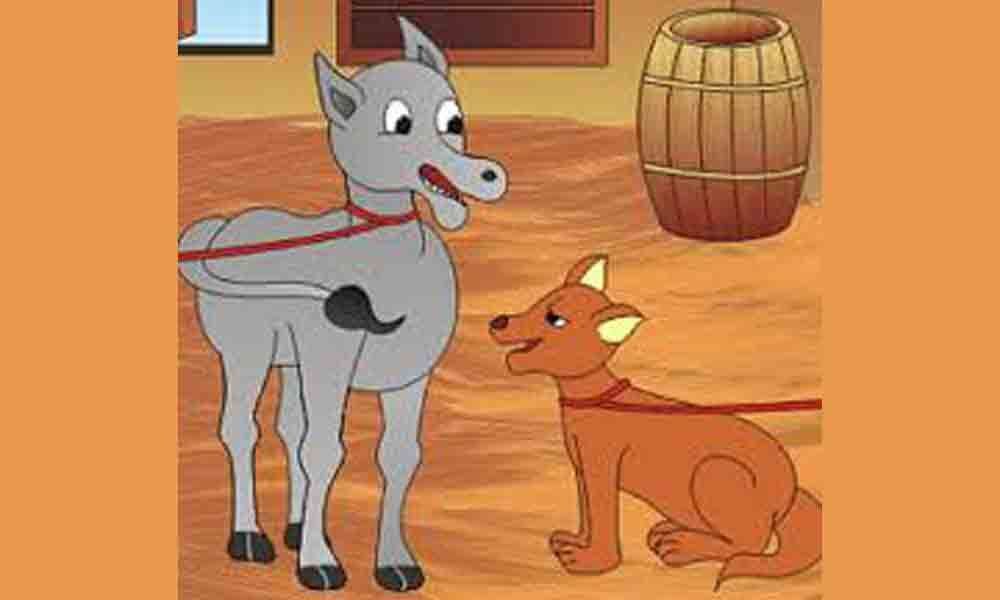 Mind your own business.

Once upon a time , there lived a washerman in the town . He had two pets-a dog and a donkey. The dog used to keep watch on his house the whole day long. The donkey used to carry the washerman's load to and from the riverside.

One night the washerman was sleeping soundly and a theif came into the house. The dog too was fast asleep. So, he did not bark at the thief. But the donkey was awake. He saw the theif and thought toawaken his master.

So, he began to bray loudly . The theif ran away in fear. On listening the braying of the donkey, the washerman could not sleep. He came out and could not understand why he was braying. To make him quite, he started beating the donkey with a stick. But the washerman's house was saved.

MORAL: Mind your own business.