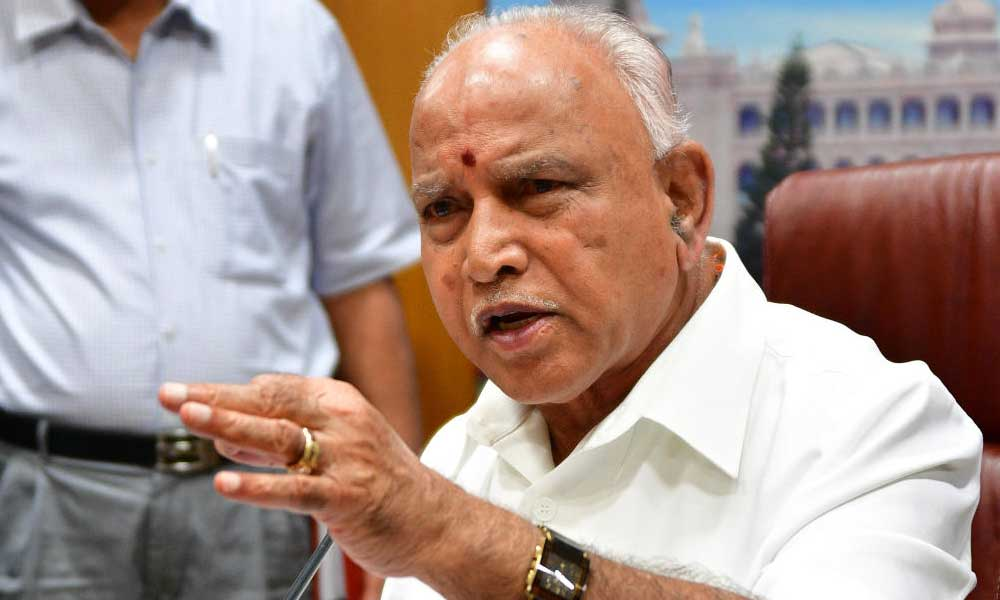 Chief Minister BS Yediyurappa on Thursday held a video conference with the deputy commissioners of eight districts and expressed concern over COVID-19 cases not decreasing as expected.

Bengaluru: Chief Minister BS Yediyurappa on Thursday held a video conference with the deputy commissioners of eight districts and expressed concern over COVID-19 cases not decreasing as expected.

Pointing out the poor show in containing the pandemic in Belagavi, Chikkamagaluru, Dakshina Kannada, Hassan, Mysuru, Mandya, Shivamogga and Tumakuru districts, Yediyurappa asked the officials to continue the lockdown restrictions.

With just four days left to ease the curbs, which have been in effect since April 27, he told them that a decision regarding these districts will soon be taken.

"The cases have come down due to the stringent measures adopted by the State government during lockdown but they are not decreasing in these eight districts as expected. The chief minister expressed concern over the increase in cases in rural areas," a statement issued by the Chief Minister's Office said.

Of the total cases in the State, 65,000 active cases come from these eight districts and the rate of decrease in the cases is the least in these districts.

The Chief Minister instructed the officers to bring down the positivity rate to less than five per cent.

The Chief Minister instructed the officials to strictly ensure compliance of preventive measures to contain the pandemic. He also directed them to abide by the guidelines in the micro containment zones, the statement said.

Yediyurappa asked the deputy commissioners to intensify COVID-19 tests, especially in Belagavi, and give the RT-PCR reports within 24 hours of the test.