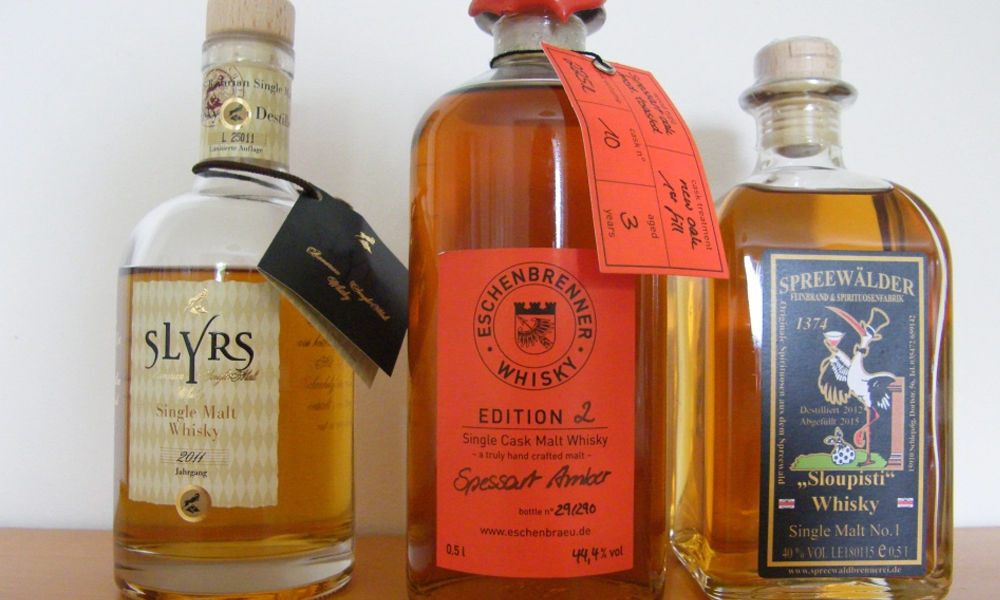 Bastian Heuser swirls the snifter of deep amber whiskey before taking a sip, noting its sweet caramel flavour that soon opens up with hints of spices, nuts and dried fruits.

Germany: Bastian Heuser swirls the snifter of deep amber whiskey before taking a sip, noting its sweet caramel flavour that soon opens up with hints of spices, nuts and dried fruits.

It's not single malt from a verdant Scottish glen, nor a sour mash from the hills of Tennessee. This is an award-winning German rye whiskey produced by the tiny Spreewood Distillery, nestled in a small town among the fields and forests of Brandenburg about an hour's drive from Berlin.

German whiskey is little known outside the country, and the industry is still tiny compared with others, but isn't unaffected by major international issues, with distillers seeing both opportunities and dangers with Britain's decision to leave the European Union and Europe's trade spat with the U.S. over new tariffs.

Both issues may seem far away from the Spreewood Distillery, established in refurbished farm buildings in the town of Schlepzig, home to about 600 people, where the emphasis is on a small, craft product created from locally sourced ingredients.

"From grain to glass, we do it all here," Heuser says at the distillery he has run with his two partners since 2016. "The only thing we don't have is our own field of rye, but maybe that will come."

More and more micro operations like Spreewood have been opening up in recent years, focusing on small batches of quality whiskey. Nobody quite knows when it happened, but today distilleries producing whiskey in Germany outnumber those in Scotland, about 180 to 130.

"It's crazy how many German whiskey distilleries there are these days," German Whisky Distillers' Association president Michaela Habbel says. "Of course the fact still is that German whiskey only accounts for 0.4 percent of the world market."

In 2017, the entire German whiskey production was worth 11.6 million euros ($13.1 million) — negligible when compared with Scotch whisky exports alone that year, worth some 4.4 billion pounds ($5.8 billion).

With such a small overall production of about 6 million litres (about 1.6 million gallons) in 2017, German whiskey is mostly sold on the domestic market. But that doesn't mean that distillers like Heuser and Habbel aren't watching international politics, with whiskey featuring prominently in two major current issues — Brexit and U.S. President Donald Trump's protectionist tariffs.

With 90 percent of Scotch whisky exported, accounting for 20 percent of all British food and beverage exports, the Scotch Whisky Association is increasingly concerned about Britain's looming Brexit exit from the European Union, especially if there is no deal on future trade relations.

"Brexit represents a seismic shift for our industry and one which our members are working hard to plan and adjust for," the association says, noting that the EU is the single most valuable market for Scotch.