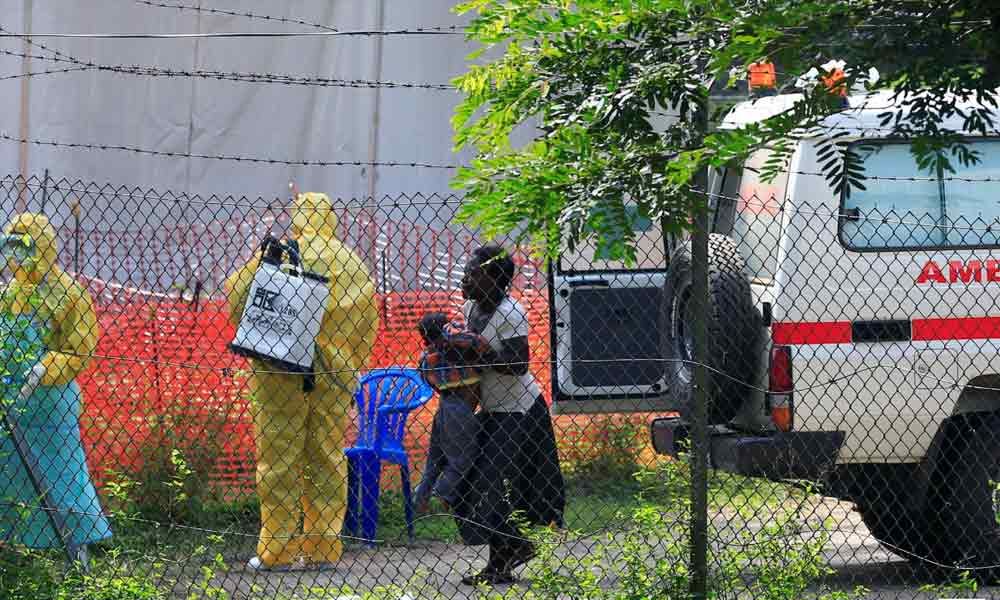 Health workers have got the all-clear to use three experimental Ebola treatments in Uganda, a week after the deadly disease spread over the border from Democratic Republic of Congo, authorities said on Tuesday.

KAMPALA: Health workers have got the all-clear to use three experimental Ebola treatments in Uganda, a week after the deadly disease spread over the border from Democratic Republic of Congo, authorities said on Tuesday.

Two people who had traveled from Congo died in Uganda last week, the World Health Organization said. A three-year-old boy who was sent back to Congo after testing positive for the disease died at the weekend, Congo's health ministry said.

At least another 1,411 people have died in Congo since August in the second worst outbreak of the disease on record.

"Happy to inform you all that we got clearance from both Uganda National Council for Science and Technology and National Drug Authority to bring in the Therapeutic treatment for #Ebola patients in the country," Uganda's Health Minister, Jane Ruth Aceng, said on Twitter.

The treatments approved for shipment to Uganda were Mapp Biopharmaceutical's ZMapp, Regeneron Pharmaceuticals Inc's Regeneron and Remdesivir, made by Gilead Sciences, said WHO spokesman Tarik Jasarevic.

"The protocols for the fourth being submitted. Logistics underway with MSF support for importation of a few courses about 10 each," he added in an email.

The U.N. health agency has said there have so far been no known cases of Ebola spreading between people in Uganda - all recorded patients had traveled in from Congo.

Four experimental therapeutic treatments are already being used in Congo, it added.

On Friday, a WHO panel decided not to declare an international emergency over Congo's Ebola outbreak despite its spread to Uganda, saying such a declaration could cause too much economic harm.

"Obviously, the crisis is far from over," Mark Green, the head of the U.S. Agency for International Development (USAID), told a news conference in Nairobi.

Health workers and people who came in contact with infected people began receiving a Merck experimental vaccine in Uganda on Saturday.