Take a stand for values 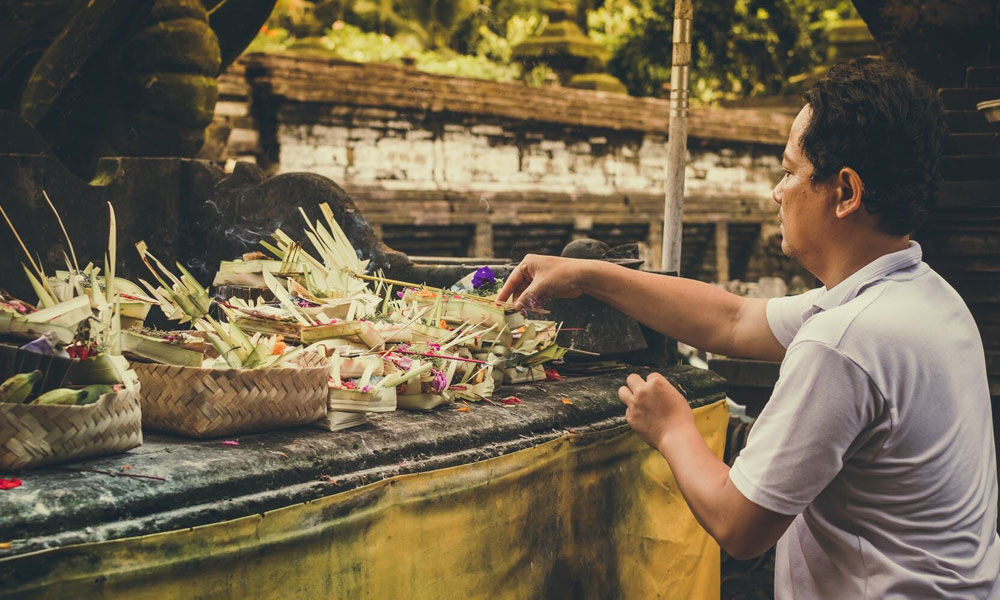 Pooja is performed at two levels – external and internal. At the external level, we may not be able to offer a golden throne, jewels or expensive...

Pooja is performed at two levels – external and internal. At the external level, we may not be able to offer a golden throne, jewels or expensive ornaments to the Lord. However, mentally, even though it costs nothing to offer the most exotic things, we offer a small coconut in our prayers!Similarly, to make our outer life prosperous, we require a lot of effort. But to enrich the inner life, we are not dependent on external means.

Normally, we applaud a person for his achievements, but we respect him for what he is. We have divided the world into haves and have-nots and continue to admire and honour the 'haves'. As long as we persist in this erroneous attitude, there will always be degradation in society.

'To be' is much more important than 'to have'. There is a very poignant story of a rich brother and a poor sister. The affluent and arrogant man refused to invite his sister. Regardless of this lack of courtesy, the unfortunate sister decided to visit her brother. The brother insulted her and categorically told her to leave his house. Saddened by his behaviour, she prayed to God for help and, as a result, gained a great deal of wealth.

When the brother heard of his sister's sudden change of fortune, he immediately invited her to his house for a banquet. The sister arrived, beautifully dressed and laden with precious ornaments. When the feast was served, she took off her ornaments and began to feed them the food! Aghast and outraged, the brother demanded to know what she was doing. Totally unfazed, she replied she was feeding those symbols of wealth, because of which she had been invited.

A man may be worth a million dollars, but if he is devoid of values, he is worthless. As long as outer affluence is given more importance than inner wealth, degradation of values will continue. Sat, chit and ananda are three aspects of the Universal Consciousness; one and the same, they are the basis of all values. Clearly the learning is that we should not create divisions.

All beings want to live and live forever. Hence, respect for life is a primary value. Value lies in saving a life, not merely in refraining from killing. Delving into history we can draw lessons from the poignant story of Gautama Buddha and his cousin. The cousin shot the bird, but Buddha saved its life. Subsequently, both boys claimed the bird as theirs. If the bird were asked whom she belonged to, would she not opt for her saviour?

A famous shloka from the Mahabharata categorically states that though man is a slave to money, money is slave to none. Without exception, everyone says that honesty is the best policy. At government levels, vigilance agencies monitor the work of other departments. Despite this, corruption continues, because even the vigilance staff is open to bribery.

In the absence of honesty and trust, it is extremely difficult to eradicate corruption. As long as greater importance is given to power, pleasure or money, values will take a backseat. In short, we must take a stand for values in life, else we will fall for everything that comes our way!