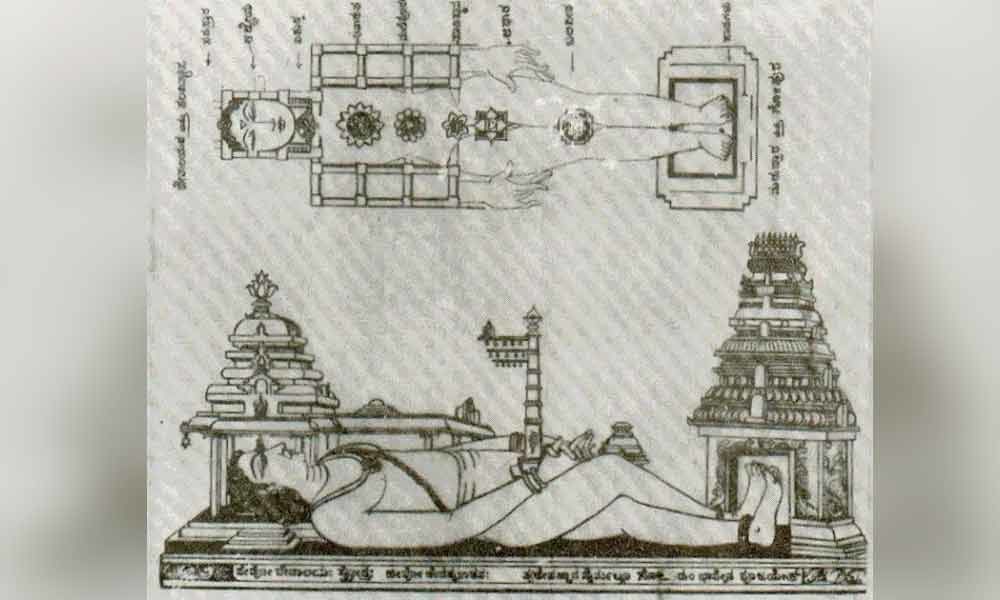 India is the country which is known for its rich Hindu Culture and Tradition.

India is the country which is known for its rich Hindu Culture and Tradition. There are hundreds of mesmerizing Hindu temples across the country in different design, shape, locations; but not all temples are built as described in Vedic literature. Temples are found deliberately at a place where the positive energy is available abundantly from the magnetic and electric wave conveyances of north/south post push.

Also, the place of worship is said to be pleased only if your five senses are pleased.

Human's throughout history have created a space for the divine. There is a link between God and Man, as the house of worship, as structures for religious and spiritual activities space for the divine has been created by the human kingdom. The entire art of building temples is not just a mere art; it is a science. Every single facet of it - from the size of the idol to the directions and the sanctum- yes! Temple architecture is a highly developed science.

A Temple is more than a Building

People have put aside any constraints of money any time to erect inspiring structures built on faith, science, and mystery. For most of us, the science of temples built on thousands of years of research and development has been lost... The understanding the science of Indian temples, we can experience the intelligence, power, and miracles that these structures were made from and for.

The Divine aspects of a Temple

The temple is comprised of five senses and a presiding deity. The temple is an outgrowth of the deity which has its own independent intelligence and from which energy is constantly radiating. Temples are places where mind spontaneously moves within and meditation happens effortlessly. Every aspect of the temple, from the architecture to the rituals to the kinds of worship offered, has been consciously created to make this experience happen.

If you look into the ancient past of India and its temples it reveals the fundamental science and purpose behind temple building. Far from being a place of prayer or worship, temples were created as powerful spaces where an individual could imbibe the enshrined energies. Most temples were created to address a particular aspect of life and were thus consecrated to activate one or two particular chakras, the main energy centers within the human system.

Construction of a Temple

The main deity was often complemented by one or more minor deities carefully positioned along the path of approach to the main deity. Looking at these structures, it is apparent that the temples were built to a certain pattern, certain understanding, and purpose, catering to the needs of the individual and the society.

Scientific reasons for visiting the temples

There are thousands of temples all over India in different size, shape, and locations but not all of them are considered to be built in a Vedic way. It is said that in the ancient times, a temple should be located at a place where the earth magnetic wave path passes through densely. How the energy quotient of a place was measured is not known but keeping in mind the lost advance science fundas of our ancient saints, they would have figured a way out.

Location of the diety

Temples are located where there is positive energy available from magnetic and electric wave distributions of north or south pole thrust. The main idol is placed in the core center of the temple. In fact, the temple structure is built after the idol has been placed. The place of the deity is where earth's magnetic waves are found to be maximum.

There is a metal plate beneath the statue

Did you notice a copper place beneath the main idol in the temples? what could be the reason for this?

It is believed that these copper plates absorb the magnetic force and radiates it to the surroundings. The person visiting the temple would receive the beamed magnetic waves. This a very slow process and a regular visitor would eventually start feeling the positive vibes.

The curd, honey, milk, sugar and coconut water made by which we clean the copper idol is believed to make the amrit a blessing. Moreover, the holy water that comprises basil leaves and karpor(camphor) help to fight diseases like cold and cough.

The magic of temple bells

A temple bell is another scientific phenomena; it is not just your ordinary metal; It is made of various metals earth including cadmium, lead, copper, zinc, nickel, chromium, and manganese. The proportion at which each one them mixed is real science behind a bell. Each of these bells is made to produce such a distinct sound that it can create unity of your left and right brain.

What happens when you ring the temple bell

The moment you ring the bell, it produces the lasting sound which lasts for a minimum of seven echo mode which is good enough to touch your 7 healing chakras. Th ebreian empties all your thoughts. Invariably you enter into a state of trans where you are very receptive. the trans-state the one with awareness.

The belief is never to visit the temple and go. traditionally, the belief is that one who visits and goes the visit would be fruitless. This is so because temples are built like a public charging place, people can charge themselves with their inner energies. People visited the temple before they entered into their daily work so that they could go about with a certain sense of balance and depth in their lives.

No Footwear in Temple.

Temples are a place where it contains pure vibrations of magnetic and electric fields with positive energies. In olden days the floor at the center of the temple were good conductors of these positive vibration allowing them to pass throughout feet to the body. Hence it is necessary to walk barefooted while you enter the core center of the temple.

The idol inside the chamber absorbs all the energy from the bell sound., Camphor heat and vibrates the positive energy within the chamber for a certain duration of time. When you do the circumambulation at this point of time, you tend to absorb all these positive vibrations once your five senses are activated.