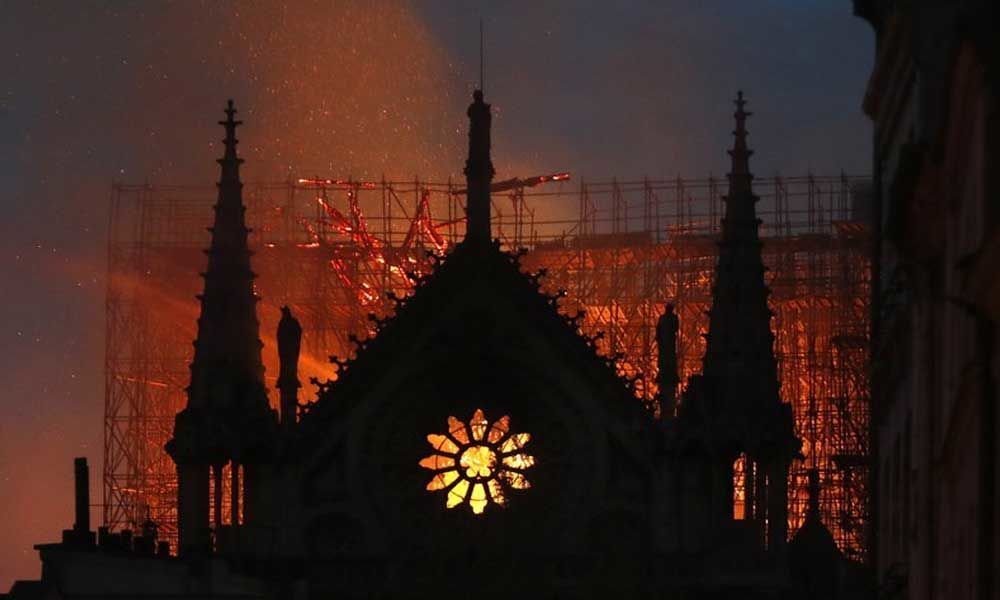 Hundreds of tons of lead melted when the April fire destroyed the cathedral's roof and spire, and exceptionally high lead levels were later recorded in the surrounding air.

Children are especially vulnerable to health problems from lead poisoning, which can be fatal.