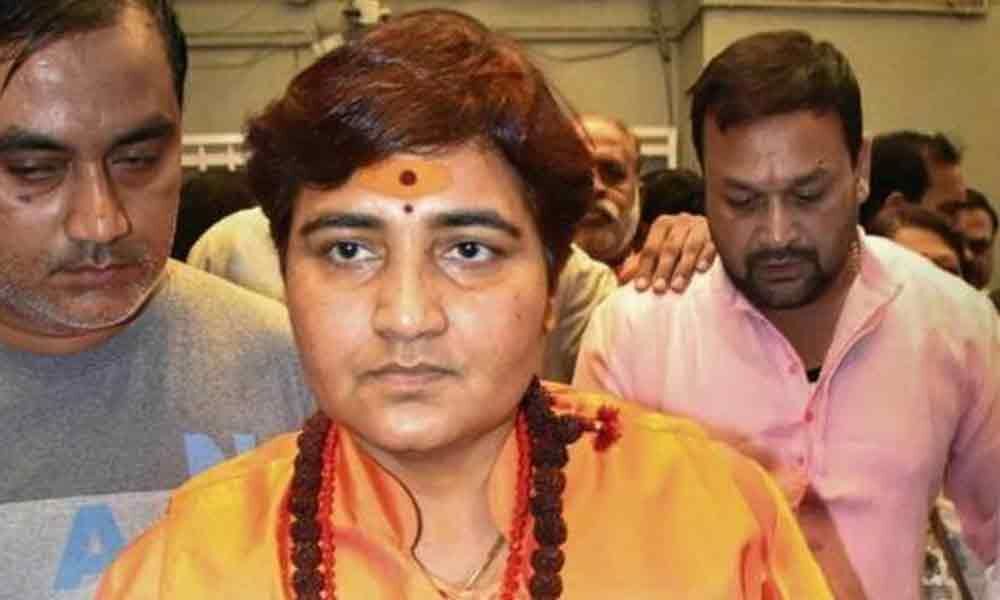 Later, she had to eat humble pie and offered an apology by withdrawing her statement.

It is true that Nathuram Godse shot Gandhiji dead for the liberal attitude Gandhiji followed while he (Gandhiji) remained loyal to the God, Ram.

But it must be admitted that Hinduism is an all embracing and all accommodating other religious belief system, and Godse chose to kill our father of the nation due to other extraneous reasons.

So, it is improper to brand him as a 'Hindu terrorist.' Isolated incidents of attacking other religious people by the Hindu outfits are there but such incidents and aggressions are not backed by the Hindu holy scriptures.

But the saffron-clad BJP leader eulogising Nathuram Godse as a patriot should have been avoided.

The man who killed our father of the nation cannot be justified anyway, and he deserves no mercy at all.

And Pragya Thakur being the BJP candidate speaking in favour of Godse exposes her mindset and the saying 'what is bred in the bone will come out in the flesh' is true.

Henceforth, leaders like her must think twice before speaking out.

Political leaders must be well educated, sober minded, prudent and after all exemplary, and they must be able to steer through challenging situations with silver tongue.