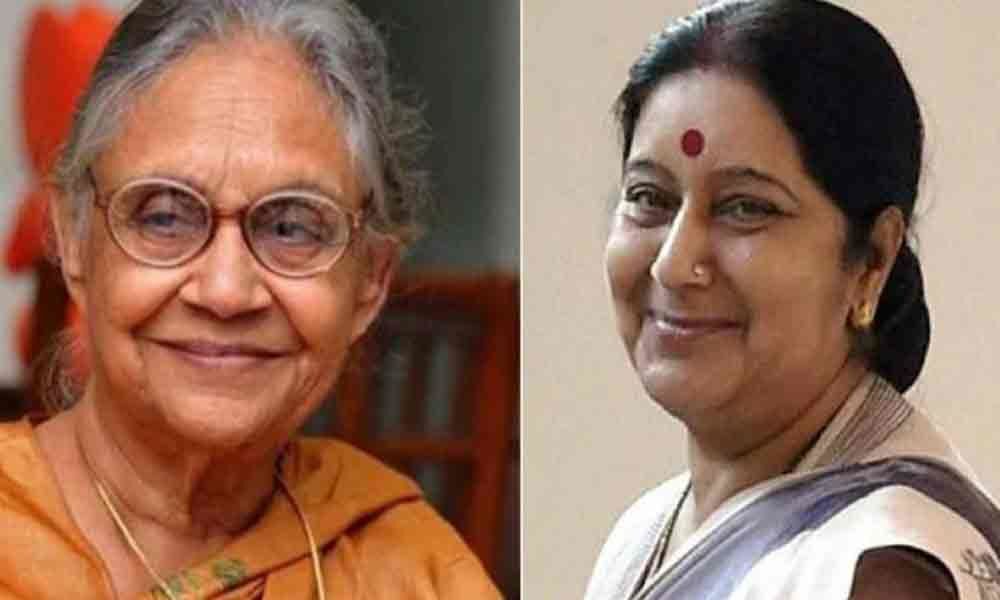 Incidentally, both Dixit and Swaraj died of heart attack. Both the leaders were prominent women politicians of their respective political parties – the Congress and the BJP.

Sushma Swaraj's promptness in extending help via Twitter earned her the moniker 'The Millennial Minister'. The microblogging site was her official interface with citizens.

Her responsiveness on the platform earned her praise during her tenure as the External Affairs Minister. Her last tweet thanked Prime Minister Narendra Modi for the Centre's decision on Jammu and Kashmir. "Thank you, Prime Minister @NarendraModiji," it said, "Thank you very much. I was waiting to see this day in my lifetime."