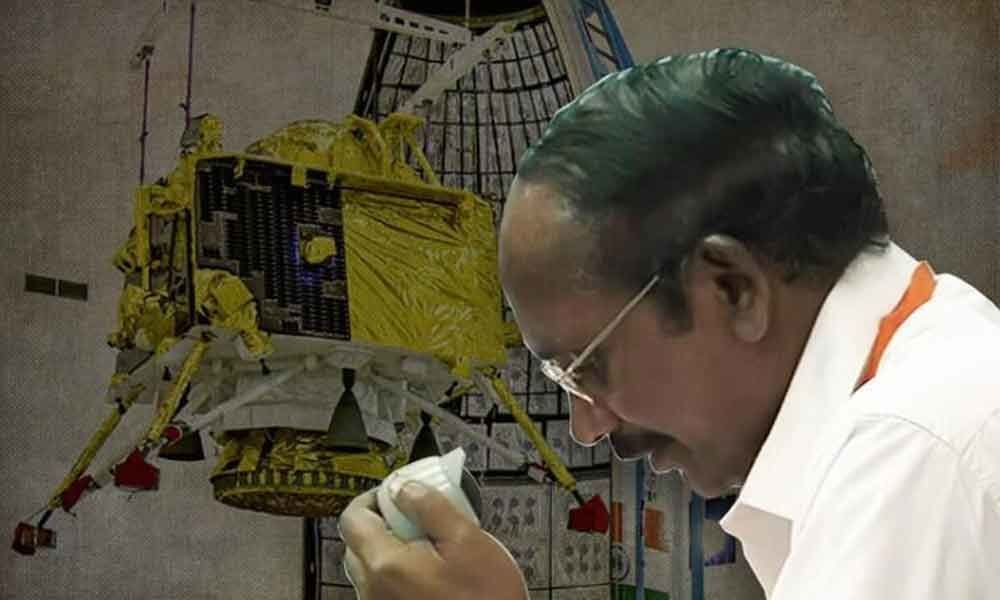 While the entire nation was awake to witness the historic moment of Vikram Lander stepping on the moon, it was disheartening to see that the Vikram Lander losing contact with the ISRO.

While the entire nation was awake to witness the historic moment of Vikram Lander stepping on the moon, it was disheartening to see that the Vikram Lander losing contact with the ISRO.

Venturing into lunar research itself is very difficult task, on top of that, trying a soft-landing on the never explored South Pole region of lunar surface is an extremely challenging job.

Though Vikram lander could not land on moon as expected, immense patriotic fervour has gone so deep into Indians. It feels nice to see whole nation coming together, consoling, and supporting the scientists for their efforts.

Prime Minister Narendra Modi's impromptu gesture to console the Chairman of ISRO is heart-wrenching. We know the exceptional capabilities of our scientists. Every Indian is proud of ISRO for its unparalleled achievements.

A small set back in this mission will not deter their confidence. The sheer brilliance and talent of Indian scientists are no less than any of their global counterparts.

With their relentless efforts, the ISRO emerged as a very successful organisation giving cutthroat competition to the leading space agencies such as NASA and the European Space Agency.

Launching the satellites at affordable prices, much lower than any other space agency in the world is the testimony of the effectiveness and efficiency of Indian scientists.

For instance, the launch of Mangalyaan, a mission to Mars in 2013 with the cost of just $74 million, and an extraordinary feat of launching 104 satellites in single rocket a couple of years ago left the whole world in utter amazement.

Let us wish all the best to ISRO for its future endeavours.

Indeed, it is sad to know that the Chandrayaan-2 has lost connection just 2.1km away from the destination.

But then also it is a victory for the nation that we have tried hard, very hard for this mission and did everything humanly possible to make it successful.

So instead of taking it as a failure, we should take it as a lesson to keep it as a precaution for the next mission.

Despite the ISRO losing communication with Vikram lander at the last moment, India should feel proud that country's prestigious space agency is on a tough mission that no other country in the world could achieve.

There is nothing that one should feel let down as the mission has achieved 95 percent of success so far. Though the lander lost communication, the Chandrayaan-2 is still on its journey. Kudos ISRO!

Though the Vikram lander lost communication with the ISRO, the Chandrayaan-2's module has been located on the lunar surface and it must have been a hard-landing, though the planned soft-landing was not successful.

The image of the lander rover 'Pragyan' is housed inside it was captured by on-board camera of Chandrayaan-2 orbiter, which is healthy, safe and functioning normally in the intended orbit around the Moon.

The orbiter camera is the highest resolution camera (0.3m) in any lunar mission so far and shall provide high resolution images which will be immensely useful to the global scientific community.

India's bold mission to soft-land on the moon suffered a setback with the 'Vikram' module losing communication with ground stations, just 2.1 km from the lunar surface during its final descent in the early hours of Saturday.

Considered as the "most complex" stage of the country's second expedition to the moon, the lander was on a powered decent for a soft landing when it lost contact.

However, the data is being analysed, according to ISRO officials. It may not have landed on its four legs. But it is okay as far the ISRO's efforts are concerned as the space agency achieved a historical feat, though only partially successful.

According to ISRO, 90 to 95 per cent of the Chandrayaan-2 mission objectives have been accomplished and it will continue contribute to lunar science, notwithstanding the loss of communication with the lander. The whole country is with you ISRO. Keep up your great works.