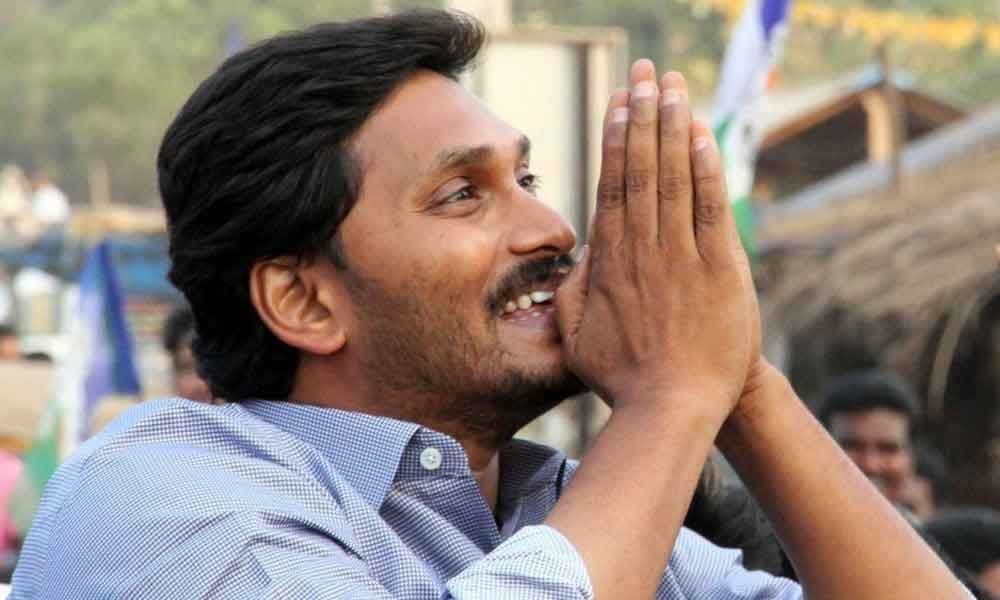 It is nothing but foolhardy on the part of YS Jagan to embrace both Modi and KCR who are opposed to SCS being granted to AP which may well make...

It is nothing but foolhardy on the part of YS Jagan to embrace both Modi and KCR who are opposed to SCS being granted to AP which may well make Jagan to pay heavy price in the ensuing elections for diluting his earlier stand on SCS to AP where he was known for his stubborn attitude in this regard who even went to the extent of getting the MPs of his party resigned for the cause of SCS to AP.(Politics turns murkier in AP ahead of polls - THI, April 4).

Obviously, people of AP are baffled by the ludicrous rhetoric of Jagan where he is forced to be supine and subservient to Modi and KCR to save himself from the numerous cases being investigated by CBI and to be helped by KCR in elections both financially and politically.

It is rightly highlighted by your editorial about the silence of Jagan on the election manifesto of Congress which promises SCS to AP which makes his intentions clear that he is more concerned about his criminal cases than the issue of SCS and other interests of AP.

It would be suicidal for YSRCP to shower encomiums on Modi who is known for his chicanery and shenanigans to ditch AP in every way especially when all people of AP are fuming over SCS being denied to their State by Modi government despite the announcement of SCS for five years by the then PM in the Parliament .

At the same time , it is political immaturity of Jagan to try to reap electoral dividends by joining hands with TRS, whose leaders have not only derided and mocked people of Seemandhra many times but also opposed SCS to AP many times expressing fear over the danger of industries of Hyderabad being lured to AP.

Jagan seems to have no solid political strategy to outwit a formidable, shrewd and experienced political leader like Chandrababu Naidu , a master strategist in political manoeuvres and also to convince the people of AP that he is better equipped than CBN to bring SCS to AP and to ensure development of AP and welfare of AP people.

Perhaps, he is digging his own grave by praising Modi unnecessarily even by giving undue credit to him with regard to Kia Motors unit established in Anantapur district and also by projecting KCR to be championing the cause of AP who would acquire SCS to AP with all 17 MPs of Telangana.

Jagan should come out with an answer to the serious question posed by your editorial whether all 42 MPs of Telangana and AP would create an earthquake in the Parliament to get SCS to AP if Modi becomes PM again.

Certainly, Jagan ought to realise the fact that it is better for him to expose the lapses and gaping holes in the governance of TDP during the last 5 years rather than being always seen extolling Modi and KCR in order to score political points and to gain electoral advantage in the ensuing elections.

He can't challenge the credentials of CBN to rule the state by praising traitors of AP.

Apparently Jagan's honesty and sincerity should come to the fore while trying to convince the voters of AP that he is better than CBN in delivering good governance but unfortunately nothing of that sort is happening.

Undoubtedly, people of AP are not fools to be carried away by the political gimmicks of any party be it TDP, YSRCP or JSP and they very much know what to do as aptly concluded in your hard hitting editorial.