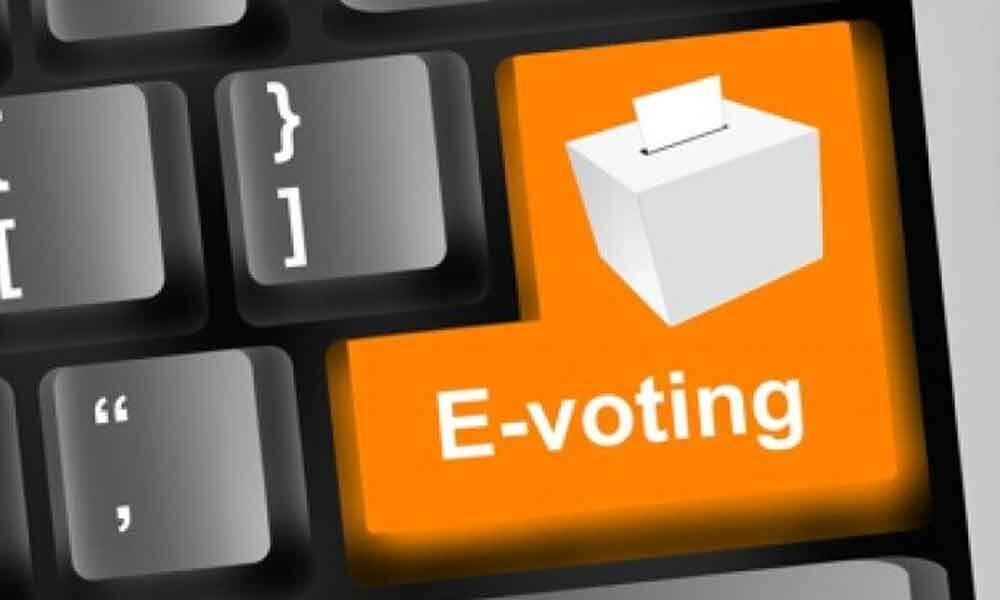 Our country is witnessing dance of democracy in the form of 17th Lok Sabha general elections spanning into seven phases and consuming more than forty...

Our country is witnessing dance of democracy in the form of 17th Lok Sabha general elections spanning into seven phases and consuming more than forty days of time.

The current elections process is incurring expenses of around Rs 4,000 crores, which is a huge burden on our country's economy.

Such sum has gone to increase manifold in 1991 to Rs 259 crore and in 2014 general elections it has reached to Rs 3870 crore. During this time, our country has experimented and introduced electronic machines in the election process.

The average expenditure per a voter in 2014 election touched to Rs 45. The conduct of elections is not only becoming expensive day by day but also leading to great block point to running of administration across our country.

In addition, due these kinds of hardships, various political parties are casting aspersion on the Election Commission of India. Major political parties knocked the door of the apex court for counting of fifty percent of VVPAT slips but they were unable to convince the Supreme Court.

As things are like this, it is time to introspect the issue in broader way, to lessen the election expenses and also to remove curbs on development activities as election code comes in the way. It is better for us to adopt online voting system.

This system is very much in practice in Estonia and in the United States presidential elections for nonresident Americans who are serving in the army and outside of their country.

The election process in the online voting is very simple. The voter needs a computer with an internet connection and a national ID card or a mobile ID with valid certificates and PIN codes.

Once the voting application is downloaded, the software automatically checks if the voter is eligible to cast a ballot and displays the list of candidates according to the region where the voter is registered.

After voters make their decision, the application encrypts their vote and it is securely sent to the vote-collecting server. Every vote receives also a timestamp, so if necessary, it is possible to verify later whether the vote was forwarded to the collecting server.

The world is transforming in all respect as technology is sweeping across in all sections of the society. It is now high time that the Government of India and the Election Commission discussed in detail the viability of introducing e-voting in elections.

Rojalin Harichandan Alias Roselyn Dsouza Perfectly States On How She Prepares For Her Acts Before Going On...