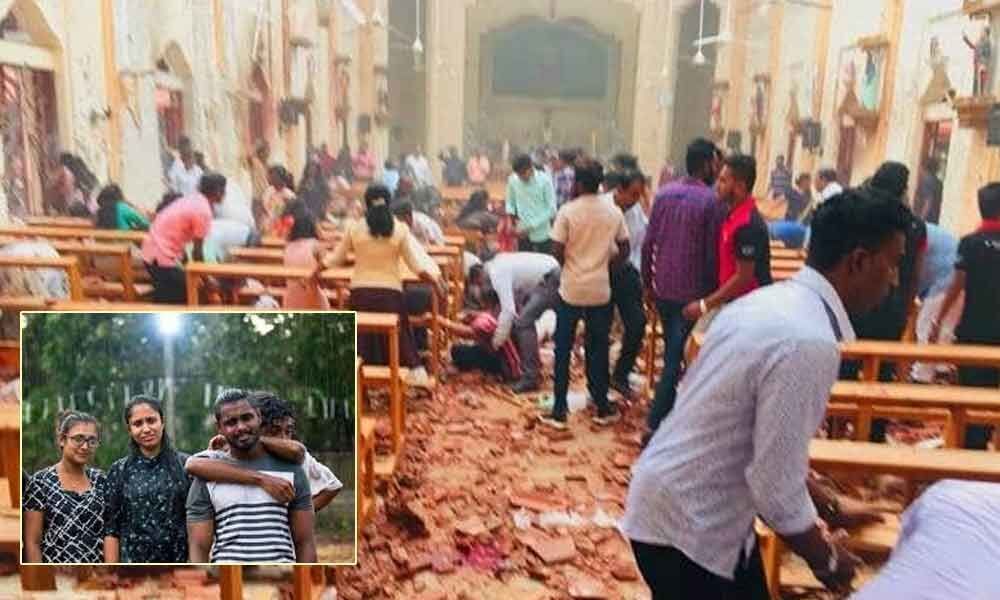 On 21 April 2019, Easter Sunday, the string of attacks on three churches and hotels in the Sri Lankan capital Colombo

On 21 April 2019, Easter Sunday, the string of attacks on three churches and hotels in the Sri Lankan capital Colombo that killed at least 253 people, including at least 42 foreign nationals and three police officers and wounded nearly 500 could have been prevented if Sri Lankan top Police officials acted on the warning received ten days before the bombings.

A top Sri Lankan police official warned to the security services ten days before the bombings, a radical Islamist group was planning suicide attacks against churches, but no action was taken against the group. It was unclear what other precautions, if any, the security agencies had taken in response to the threat warnings.

On April 11, Sri Lanka's police chief issued an alert saying that National Thowheeth Jama'ath (NTJ) planned suicide bombings of 'prominent churches', citing alerts from a foreign intelligence agency. The document was addressed to several top officials, but neither the prime minister nor the deputy defence ministers were among the recipients.

Intelligence services in India and the US told Sri Lanka of the threat in early April, but none made any difference.This has made suicide bombers easy and walked into three churches around Sri Lanka, and three upscale hotels in Colombo, they faced no enhanced security.

As worshipers closed their eyes in prayer, as hotel guests lined up for breakfast, the attackers detonated their devices -- and the effects were devastating.

It seems that there is total failure of Government as well intelligence and simmering divisions between the president and prime minister after a week-long political crisis that crippled the country last year.

A lack of communication between the country's two leaders President Maithripala Sirisena and Prime Minister Ranil Wickremesinghe has led the untold misery to Sri Lanka.

However, the Cabinet led by Wickremesinghe says neither he nor his ministers were informed of the intelligence received by the defense authorities. President is the head of state, defense minister, minister in charge of the police and head of the armed forces.

He also chairs the National Security Council, which includes the heads of security agencies and departments. Traditionally the prime minister also plays an important role on the council, but the President Sirisena has not included Wickremesinghe in national security affairs since a dispute between them, which is an unusual departure from the protocol.

The apparent intelligence failure and the breakdown of communication within the government are likely to prompt political recriminations and attract attention in investigations into the attacks.Investigators have said local Islamist organization National Thowheed Jamath (NTJ) was behind the attacks; possibly with help from international networks. The Islamic State (IS) has claimed responsibility for the attacks through its Amaq news agency and released a photograph of what it claimed to be the bombers.

The Sri Lankan government also announced the suspension of several social media platforms, including Facebook, WhatsApp and Instagram. The inability of such prominent services to catch up to and counter the spread of misinformation, especially during times of crisis, continues to be a major challenge for government and civil society.

Sunday's violence punctured a decade of relative peace in Sri Lanka following the end of its civil war in 2009 — where attacks were common during the struggle. Since the country gained independence from Britain in 1948, sporadic conflicts had broken out between minority groups and the government. The most damaging period of violence was from 1983 to 2009, with large-scale battles between separatist Tamil rebels and the military.

Earlier, Sri Lanka's decades-long civil war was driven largely by ethno linguistic cleavage, with Tamil separatists in the north and east fighting against the Sinhalese-majority government.

The pattern of Easter Sunday attacks in churches point to yet another gSri Lanka failed to act timely on warningsrowing divide. In its religious demographics, Sri Lanka is overwhelmingly Buddhist, more than 70% of the country's population of more than 22 million, with around 12% Hindu, just under 10% Muslim, and a little more than 7% Christian.

The country's earlier history of violence pitted ethnic Sinhalese mainly Buddhist against Tamil mainly Hindu, with the small Muslim and Christian minorities not a target. Tensions have been growing between Buddhists and Muslims; however, last year Buddhist extremists attacked Sri Lankan Muslims.