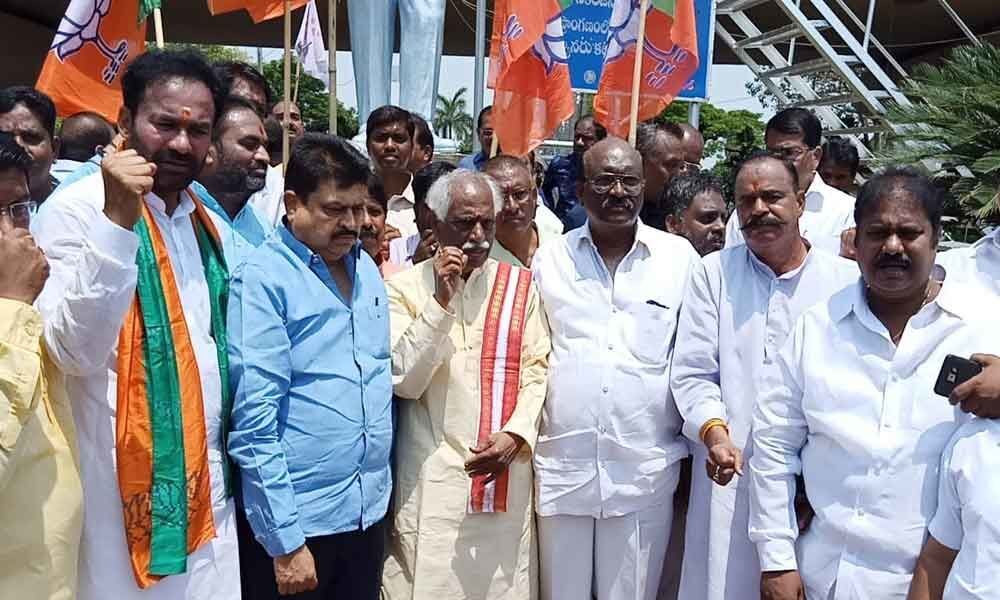 Several BJP leaders staged a protest at Ambedkar statue near the Tank Bund in the city on Thursday, alleging the state government’s callous attitude towards the Dalits.

He condemned the arrest of Dalit leader Manda Krishna Madiga for questioning the CM for not participating in the celebrations. Referring to the recent incident of Ambedkar statue being removed from the Panjagutta Circle, he condemned the way the statue was shifted in a garbage vehicle. "It's a shame that no action was taken against the government officials responsible for the incident," he added.

Kishan Reddy said that KCR should tender an apology to the Dalits of the Telangana state in this regard. Former Union Minister Bandaru Dattatreya, BJP leaders N Ramchander Rao, Bhagawanth Rao and others participated in the protest.