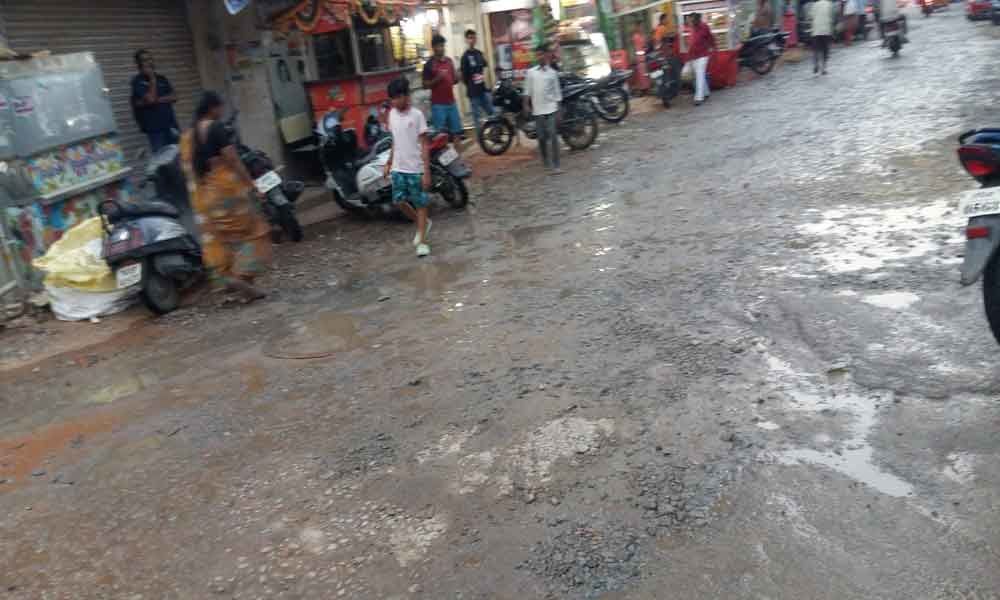 The road from Raghavendra Theater, located at Malkajgiri X Roads, to Vani Nagar X roads has been causing a lot of convenience to commuters and the adjacent shopkeepers.

Malkajgiri: The road from Raghavendra Theater, located at Malkajgiri X Roads, to Vani Nagar X roads has been causing a lot of convenience to commuters and the adjacent shopkeepers.

The road was dug up six months ago to lay underground drainage pipes, but has not been re-laid, so far, causing a lot of inconvenience to public. Although the pits dug for pipelines were buried, new road has not been laid.

As the road leads to the cinema theater with three big screens, there is usually heavy traffic on the road round the clock. The dusty road and the gravel flying into adjacent shops have hit the businesses badly here.

Mahaveer, a sweet shop owner, expressed his anguish that he has spent lakhs of rupees on the shop, but his business has been severely hit in the last six months due the delay in laying the road.

Kumaraswamy, a local mechanic who runs mechanic shop on the road, said that there is no place for his customers to park their vehicles on the road and that his customers are afraid to come to his shop because of the dust. He urged officials and public representatives to intervene in the matter and ensure that the road is repaired.