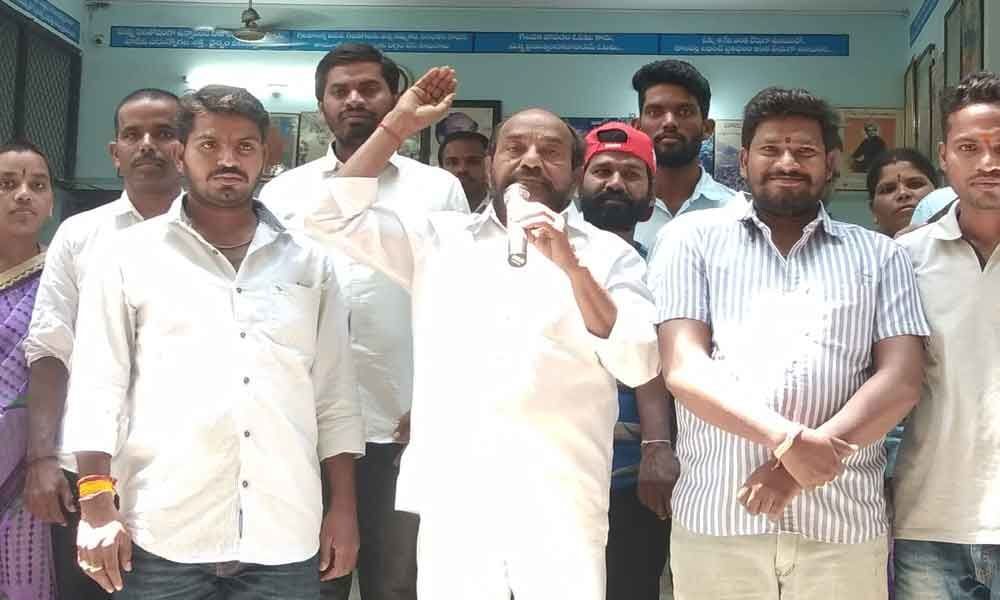 National President for BC Welfare Association R Krishnaiah has appealed to Chief Minister K Chandrasekhar Rao (KCR) to convene an all-party meeting to discuss BC reservations in the ensuing MPTC and ZPTC elections.

Musheerabad: National President for BC Welfare Association R Krishnaiah has appealed to Chief Minister K Chandrasekhar Rao (KCR) to convene an all-party meeting to discuss BC reservations in the ensuing MPTC and ZPTC elections.

Krishnaiah urged KCR to convene an all-party meeting and to take necessary suggestions and opinions from BC associations on reduction of BC reservation from 34% to 22% on the Supreme Court ruling. He was speaking at the core committee meeting of BC associations here on Monday.

Speaking on the occasion, Krishnaiah said BCs across the state are anxious about the reduction of BC reservations. He appealed to the various political parties to come up with their stance in this regard.

He also urged BC ministers, MLAs and leaders of the ruling party to exert pressure on the CM and to ensure that 34% of BC reservations are retained. While the elections can be conducted before June last week, why the government is in such hurry to conduct elections so early, he questioned.

Of 32 ZPs, BC reservations should be given to at least seven ZPs, but only six ZPs are reserved to BCs, he lamented. Similarly, only 96 mandal parishads were reserved for BCs, while BCs deserve 120 seats, he added. Not even a single ZPTC was allotted to BCs in Bhadrachalam and Khammam districts, he said.

Hence, to have an elaborate discussion on BC reservations, an all-party meeting should be convened by the CM, he said. Erram Sathyanarayana, Gujja Krishna, Rajender, Chander, Anji, Mallesh Yadav, Jaipal and others participated in the meeting.