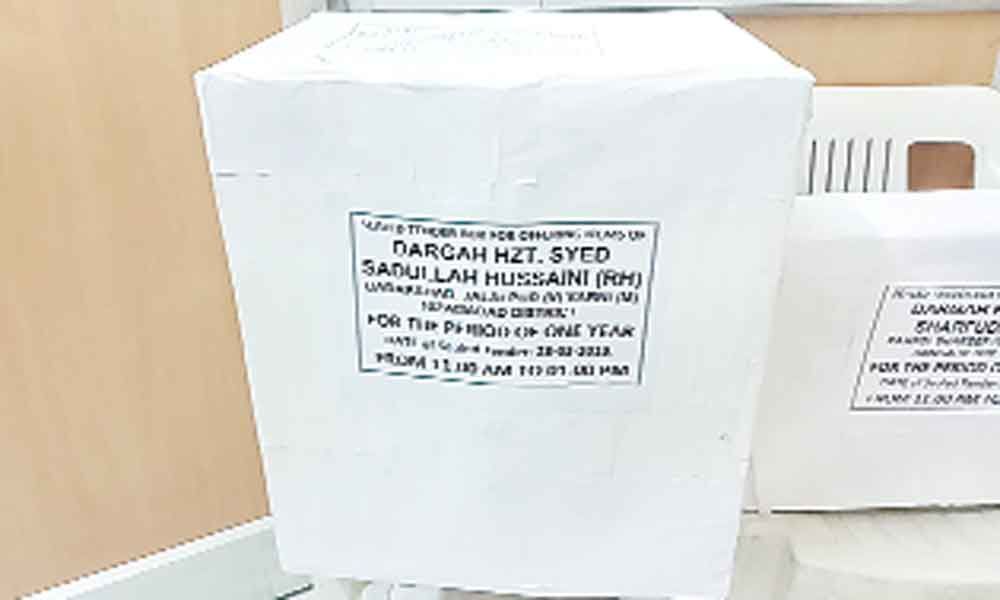 Riyaz Khan, a resident of Jalalpur, has won the bid for Dargah Hazrat Syed Sadullah Hussaini with whopping Rs 3.16 crore during the tender process which took place in TS Wakf Board office on Thursday.

Nampally: Riyaz Khan, a resident of Jalalpur, has won the bid for Dargah Hazrat Syed Sadullah Hussaini with whopping Rs 3.16 crore during the tender process which took place in TS Wakf Board office on Thursday. As the dargah is known to charge exorbitantly during rituals, the devout have alleged that handing over this dargah for such hefty sum would put pilgrims under further monetary stress.

Located in Badapahad in Jalalpur village in Varni Mandal of Nizamabad district, the Dargah SadullahHussaini remains prominent place atop the hill. Being visited by pilgrims from not only Telangana but also from other States and believed to outnumber in terms of turnout to any of the dargahs in south India. It has turned into a prominent pilgrimage centre.

However, there have been allegations that those who win the contract each year pass on the burden to pilgrims by charging exorbitantly in rituals and selling of ritual materials and also force them to fill the hundies (donation boxes). Previous year, the bid was won by one who offered Rs 2.22 crore. The second bidder this year offered Rs 2.66 crore, while third one offered Rs 2.33 crore, but Riyaz Khan edged out.

"While there is no developmental activity or improvement of amenities, these contractors charge hefty fees in almost every ritual and force people to shell off money," said Syed Turab Ali and Syed Masood Ali, residents of Kamareddy.

While activists from Hyderabad also expressed shock over the way tenders were being called and handed over to top bidders without pondering over its fallout and burden being pushed over to the pilgrims. "Wakf Board should monitor as to how pilgrims are treated. Handing over contract and keeping quite over misconduct would only harm the institutional integrity," said Talha Kaseri, a social activist.