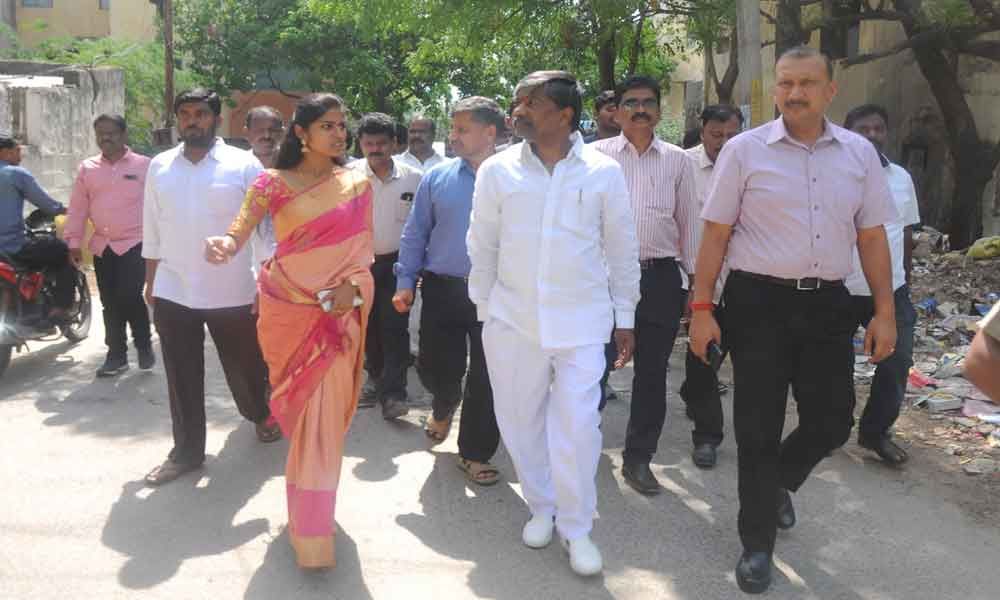 Goud told the meeting that Chief Minister K Chandrashekar Rao had permitted in 2016 setting up of a junior college in Sitaphalmandi government school at his instance to make the long-cherished dream of the local poor a reality. He said proposals costing Rs 20 crore has already been submitted to the government/department. Officials informed Goud that the Sitaphalmandi government degree college had assumed a special significance in Telangana itself. They said 300 degree students were to join the college this year.

According to the officials, if separate spot is to be allotted to the degree college there was the possibility of special funds being sanctioned for the new buildings. They pointed out that the police quarters near the Arts College Railway Station had reached a dilapidated condition and become useless. Their land could be found useful for the college.

Mittal, degree college principal Udaybhaskar, Hema, officials Ramesh, Tirupati along with Goud, visited the police quarters. The Deputy Speaker directed the officials to utilise the quarters land for the construction of the degree college/hostel. Mittal assured him that the proposals would be prepared and steps take to secure permissions at the earliest.