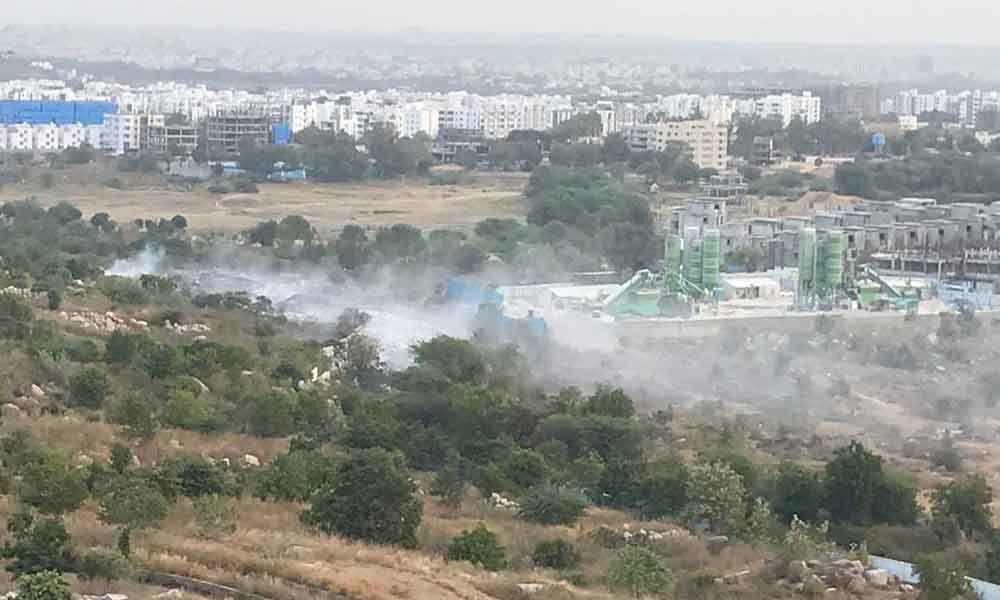 The Puppalguda dumping ground has been burning for nearly a month and the thick smoke billowing out of the site is making the city’s polluted air even more toxic.

Gachibowli: The Puppalguda dumping ground has been burning for nearly a month and the thick smoke billowing out of the site is making the city's polluted air even more toxic.

"We have raised multiple complaints through different forums, but have received no response. The problem first began in November 2018, when the residents reported the first incidence of garbage burning at the dumping ground, and since then the garbage is being burned every alternate day here.

The locals are suffering because of the smoke, especially kids and elderly. This is polluting the locality and the city. We request the officials to resolve the issue and give us a solid solution," a local resident said.