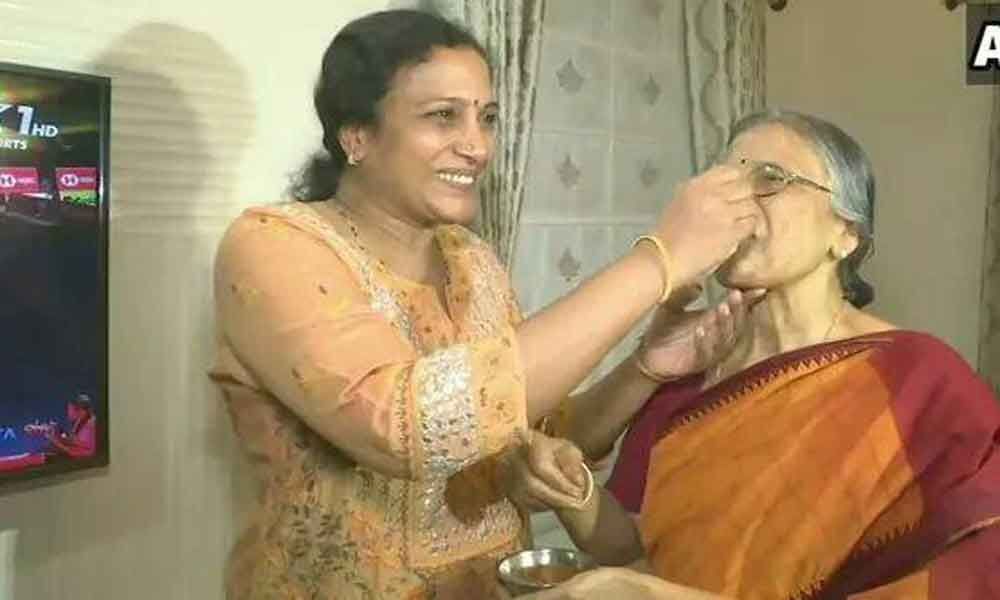 They poured out their praise and plaudits for the Hyderabadi shuttler who has done the nation proud. Just as the news of P V Sindhu’s win over higher-ranked Nozomi Okuhara in the final of the BWF World Championships 2019 broke, the social media was flooded with congratulatory messages.

Hyderabad: A tenacious pursuit by P V Sindhu, two years on after being robbed of the gold by Nozomi Okuhara of Japan in an epic 110-minute final at Glasgow, became a reality and on Sunday she became the first Indian to win badminton World Championship by beating the familiar Japanese rival in a lop-sided final in Basel. The 38-minute summit clash lasted barely 38 minutes, sending denizens of twin citizens into ecstasy and rapture.

They poured out their praise and plaudits for the Hyderabadi shuttler who has done the nation proud. Just as the news of P V Sindhu's win over higher-ranked Nozomi Okuhara in the final of the BWF World Championships 2019 broke, the social media was flooded with congratulatory messages. Sindhu became the first Indian to finish on the top step of the podium in the prestigious world meet.

"Success knocks the door once, but achievers keep knocking the success door till they succeed, that is Pusarla Sindhu for us! Determined dedicated and focussed till she achieved the elusive world championship title!! The way she dominated today is spellbound!! This win I am sure will make all Indian proud, especially we are proud of our girls!!" said Sathya Pamula, Public Relations Officer, Integral.

Kuldeep Chandel, said, "This is our first-ever gold in BWF World Championship. She is an epitome of hard work and determination and more youngsters should get inspired by her." Abdul Munaff says, "It is always a pleasure to watch PV Sindhu play. She has not only won herself gold but also brought a lot of pride to the nation. We want Sai Praneeth also to bag gold and make all Hyderabadi's proud."

S Sanjay, an employee in AB Mauri said, "It is a really proud moment and hearty congratulations to PV Sindhu for creating a history and becoming the first Indian to secure gold in Badminton World Championship." S Richard, an entrepreneur said, "Congratulation to PV Sindhu for being the first Indian to win the gold medal at the Badminton World Championship. She defeated her opponent with such a great score was a significant win. We wish her to win more titles and make the entire nation and her parents proud."

"It's a great pleasure to hail the queen of Badminton 'PV Sindhu.' Love to congratulate the second women shutter to have five medals and third shuttler to have medals in all three colours," said Arvind Kumar, an interior designer.