More flights between city and Riyadh from June1 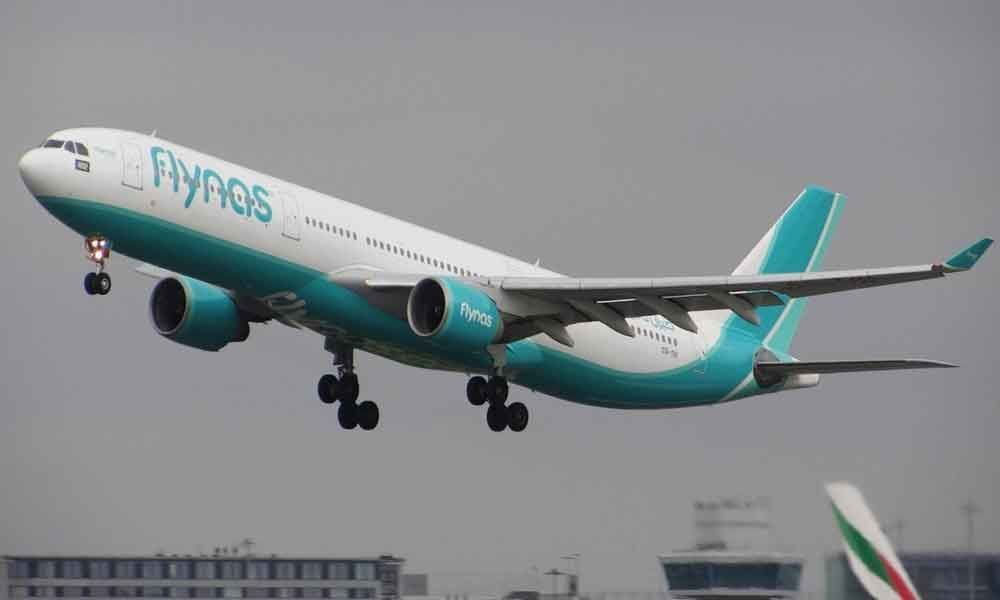 Flynas, the Saudi national air carrier and leading low-cost airlines in the Middle East, has announced that in order to cater to the growing demand...

Hyderabad: Flynas, the Saudi national air carrier and leading low-cost airlines in the Middle East, has announced that in order to cater to the growing demand for direct and more economical flights from Hyderabad to Riyadh, the airlines has stepped up frequency between the two cities with two additional flights, bringing the total to four flights per week.

• New flights are part of its global expansion strategy

According to a press release on Monday, it also announced the launch of five direct international flights between Riyadh, the capital of Saudi Arabia, and New Delhi from July 1. These new flights are being introduced as a part of the airlines global expansion strategy.

Flynas currently operates flights between Hyderabad and Riyadh on Friday and Sunday. In addition to these flights, the new flights between the two cities are scheduled on Tuesdays and Thursdays starting July 1.

According to the airlines, "The increase in flight frequency destinations is aimed at meeting the growing demand among passengers for flights between Kingdom of Saudi Arabia and India." Airbus A320 Neo aircrafts with a passenger capacity of 174 will be used for these flights.

As part of its global expansion strategy, Flynas will also be introducing more new destinations, including flights from different Saudi cities to Vienna, Batumi, Baku, Tbilisi and Athens from June 2019.

Flynas Passengers can now book their flights between Riyadh and New Delhi or Hyderabad and vice versa through all Flynas' booking platforms, including sales agents and Flynas City Office located in these cities.

Moreover, the airline has also announced its expansion strategy for the next phase, which seeks to add more destinations and contribute towards doubling its number of passengers, which reached 6.6 million passengers on 60,000 domestic and international flights in 2018.