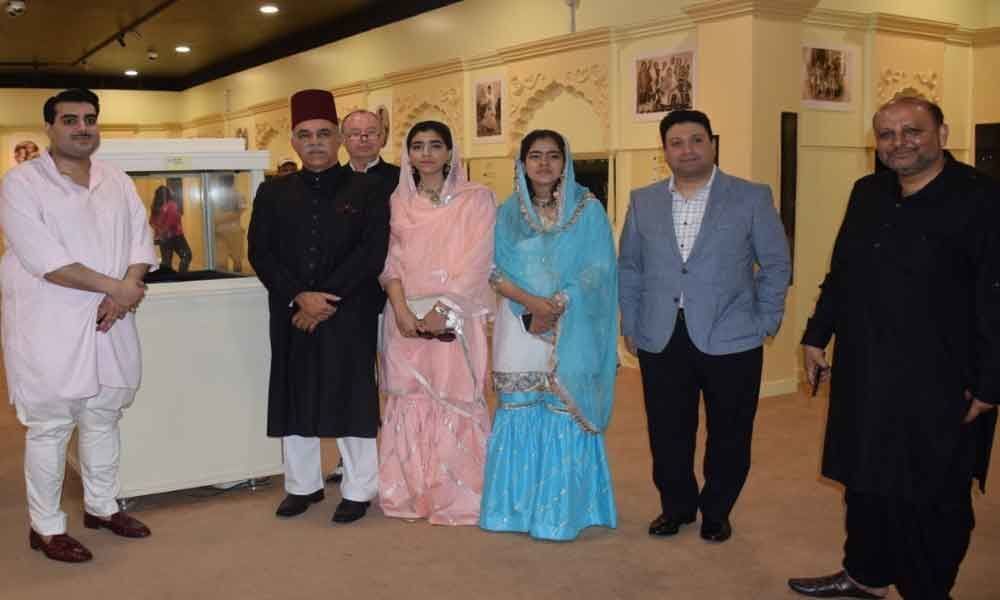 Hyderabad: Nawab Najaf Ali Khan, grandson of the last Nizam Mir Osman Ali Khan, described the jewellery collection displayed at National Museum in New Delhi, which includes one of the world's biggest diamonds as the cultural contribution to the heritage of India, by his family.

Speaking to The Hans India, Nawab Najaf Ali Khan said that it was an immense pleasure to visit the National Museum again with his daughters Noorah Fatima and Fazlika Fatima to see the Nizam jewels collection.

"This visit was most memorable as the visit was also graced by His Excellency of Qatar Sheikh Hamad Bin Abdullah Al Thani who is an avid admirer of art and culture. The Nizam's jewellery is one of the most exquisite and renowned collection around the world and its rich heritage is proven by the fact that notable dignitaries from all over India and abroad have visited the exhibition to witness the grandeur of the jewels." he noted.

Noorah and Fazlika said, "We have a mixed feeling of both pride and happiness as we are awestruck to witness our own massive and exquisite jewels collection that represents our familial heritage comprising the seven generations of the Asif Jahi's collection with each and every piece unique and unparalleled.

It was almost like a moment of serendipity that we spotted our grandfather Nawab Prince Hasham Jah Bahadur as a small playful child sitting beside my great grandmother Shehzada Begum Saheba wearing the exquisite jewels as seen in the jewels collection.

Growing up, we heard about the innumerable and massive contributions of my great grandfather and now after witnessing this exhibition ourselves, we believe that this collection rightly be called a cultural contribution to the heritage of India."

The team of curators were also well versed with each article of the collection and played a perfect host, Curator Sanjab Kumar Singh quotes, "Nizam jewellery collection is one and unique in the world. It is outstanding not only for its grandeur but for craftsmanship as well as having a historical affiliation," informed Najaf Ali Khan.

It may be mentioned here that the collection currently on display at the National Museum was acquired by the Central government from the Nizam's Jewelry Trusts for Rs 218 crores. The process of acquisition was started 1970s and finally the government acquired it in 1995.

The jewels of the Nizams were earlier displayed in 2001 at same Museum in New Delhi and in 2006 at Salar Jung Museum in Hyderabad. The family has been demanding the State government to bring back jewellery to Hyderabad for displaying it throughout the year because of its rich heritage value.