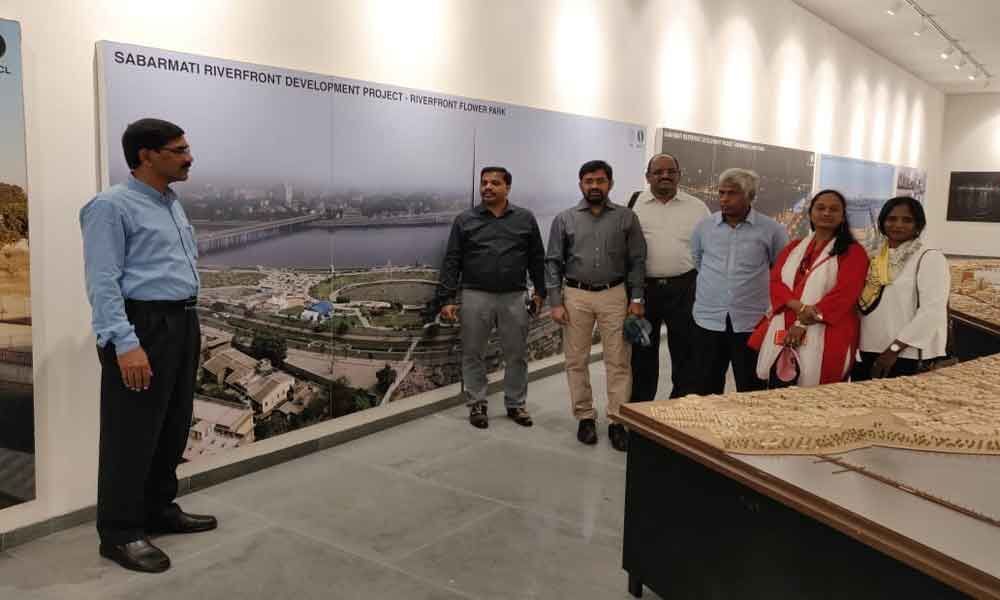 The officials of Musi River Front Development Corporation Limited (MRDCL), GHMC and HMWSSB on Monday left on a 3-day tour for studying riverfront developments in Gujarat and West Bengal.

Hyderabad: The officials of Musi River Front Development Corporation Limited (MRDCL), GHMC and HMWSSB on Monday left on a 3-day tour for studying riverfront developments in Gujarat and West Bengal.

Led by K Ashok Reddy, the managing director of MRDCL, the delegation comprising nine members left for Gurajat and visited riverfront developments of Sabarmathi in Ahmedabad. Later, they will be visiting Hoogly Riverfront site in West Bengal as part of studying the developmental activities initiated by two States for rejuvenation and beautification of these two rivers.

The delegation will be submitting a report after examining the feasibility of availing of similar technology for Musi river. With the coordination of all the three departments MRDCL, GHMC and HMWSSB, it is expected that Musi will be transformed on similar lines in the near future.

The other higher officials who are part of the delegation include Sathyaranarayana, the executive director of HMWSSB, B L N Reddy, the chief engineer of MRDCL (in-charge), Suresh Kumar, the chief engineer of GHMC, M L Prasanna Kumar, the CGM of HMWSSB, B Srinivas Reddy, the Zonal Commissioner of South (GHMC), Shankaraiah, the Zonal Commissioner, Kukatpally, GHMC, Vandana Vishnu, an architect, and Malathi, the Deputy Collector of MRDCL. As per a GO, the State government has accorded the permission to these officials for a study tour of riverfronts and to initiate and implement similar technology for Musi river.

It may be mentioned here that the Chief Justice of High Court & Executive Chairman of Telangana State Legal Services Authority convened a meeting on March 16 to discuss the issues of lakes and Musi river protection and called for an action plan to prevent pollution and take up their development.

Following this development, Chief Secretary S K Joshi held a meeting with the officials on March 30 and instructed them to prepare an 'Action Plan' and to improve the Musi River bed on the stretch between Puranapool and Imliban as an immediate measure.

He instructed the officials to take up the cleaning of the river course, existing walkways, lighting, illumination of the Muslimjung Pul. He also instructed them to clear the debris dumped near the Metro station to ensure free flow of the river.