Osmania University library renamed after the Father of Constitution 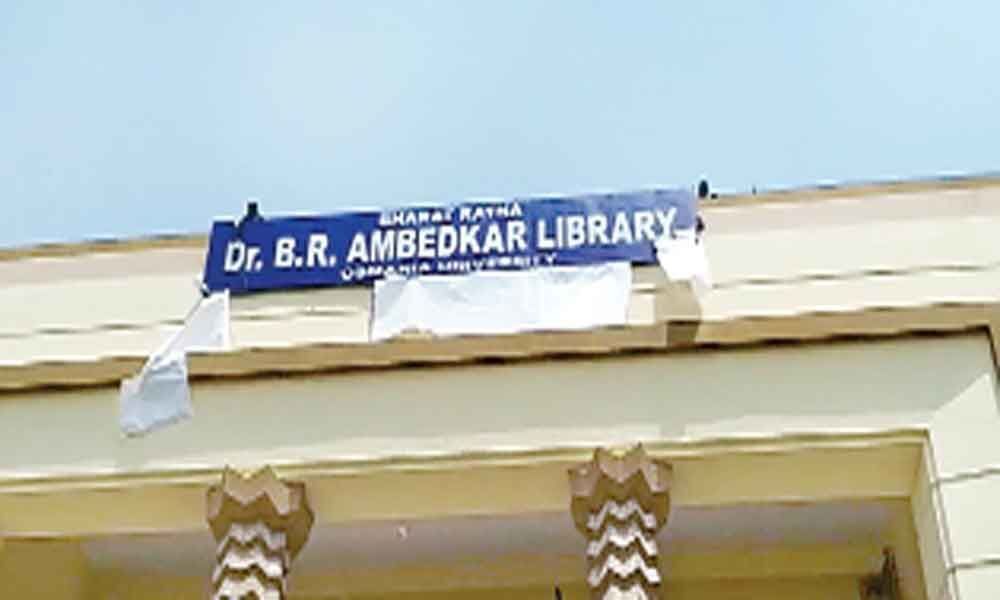 Aresearch centre named after Dr BRAmbedkar was inaugurated on Friday on the premises of Ocean Studies building as part of the varsity centenary celebrations.

Osmania University: Aresearch centre named after Dr BR Ambedkar was inaugurated on Friday on the premises of Ocean Studies building as part of the varsity centenary celebrations.

Later a symposium was organised at the distance education centre on 'Dr BRAmbedkar – social justice.' Speakers said it was a matter of pleasure that the research centre has been named after Ambedkar, who worked for ushering in free thinking among the people. They also lauded naming of the OU library after the Father of the Constitution.

The speakers pointed out that the research centre would benefit students. Among those present were Registrar Prof Gopal Reddy, Director of the Centre Krishna Rao, lecturers, research scholars and students.

OU alumni worldwide held silent protests against the renaming of the library. A motley crowd of old students protested at the Arts College, even as the inauguration was taking place.