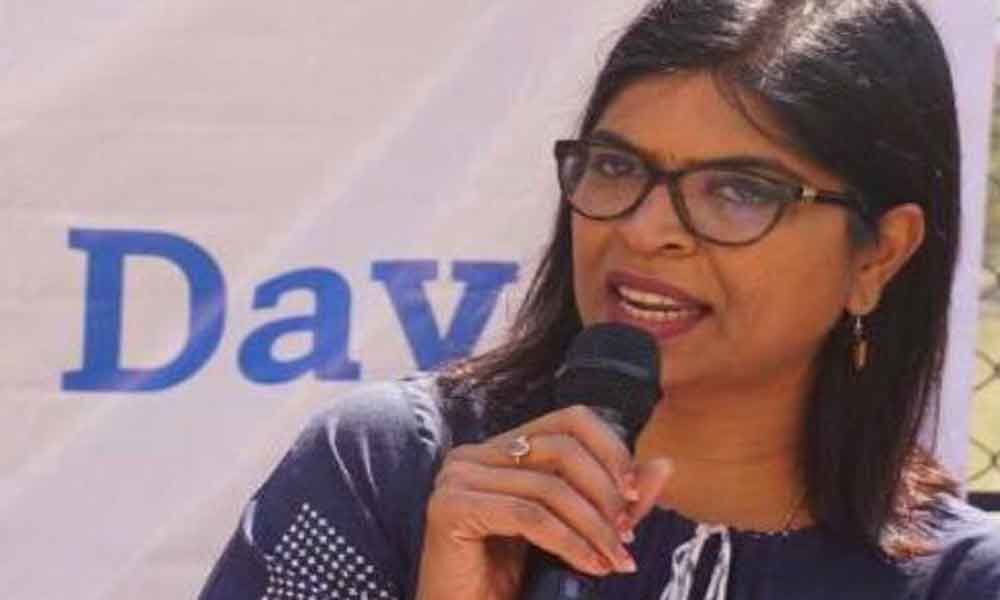 The Rolling Hills Society at Gachibowli is water tanker free for seven years, thanks to the rainwater harvesting that the society members initiated. Kalpana Ramesh, an architect who specializes in interior decoration, along with others, has been advocating rainwater harvesting.

Gachibowli: The Rolling Hills Society at Gachibowli is water tanker free for seven years, thanks to the rainwater harvesting that the society members initiated. Kalpana Ramesh, an architect who specializes in interior decoration, along with others, has been advocating rainwater harvesting.

A volunteer with the Society for Advancement of Human Endeavour (SAHE), an organization, has been helping residences, apartment complexes and offices to adopt rainwater pits. Till date, over 90 residential colonies have adopted rainwater harvesting.

Seven years ago, a 30,000 cc tank was installed to collect rainwater. Kalpana says, "Apart from rainwater conservation, the grey water, which flows from showers, sinks, basins and kitchen use is directed towards a physical filtering system to remove any solids such as hair, grains or vegetable peels that may find their way in. The water is led to a tank and then to a recycling unit to remove chemicals. The recycled water is clean enough to be used for gardening and cleaning purposes."

"Slowly, I managed to convince the members of my housing society to adopt water conservation methods, and now, around 50 houses have begun rainwater harvesting, thereby getting rid of the need for water tankers," she said. Kalpana proudly claims that the community is now a 100% zero-waste green society.

At least 250 to 300 liters of water is recycled from grey water. This water is used for washing, cleaning and to water plants in my garden. Over 100 people from the city have adopted this grey water recycling process in their homes.

With volunteers of SAHE, Kalpana promotes the 'Save 10K bores' initiative to help revive several defunct bore wells by directing rainwater to a recharge pit in the vicinity. Many colonies like Gauthami, Raintree Park are now working with Aparna Sarovar and with various communities in Madhapur for rainwater harvesting pits.

As Hyderabad grows exponentially, the citizens begin to heavily rely on water tankers, in addition to the municipal water supply. "If all of us harvest rainwater and recharge bore wells, they are not need of tankers and we can save a lot of water by this and also cost-effective," Kalpana added.

Photo caption: The slab decorated with rangoli is covered with a bed of sand and coal to filter rainwater before it led to the storage tankers.