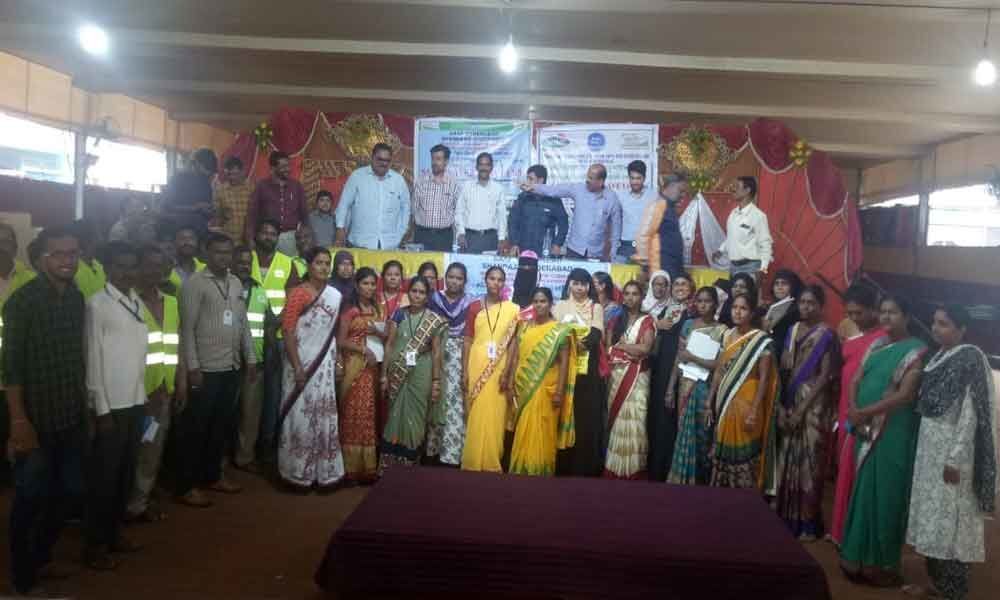 As part of ‘Saaf Hyderabad – Shandaar Hyderabad’ initiative, the GHMC in coordination with Save Foundation, organised awareness programme for...

Chandrayangutta: As part of 'Saaf Hyderabad – Shandaar Hyderabad' initiative, the GHMC in coordination with Save Foundation, organised awareness programme for community participation for Swachh Hyderabad at Sunny Garden in Baba Nagar under Chandrayangutta Circle.

Speaking on the occasion, Zonal Commissioner (Charminar) B Srinivas Reddy called upon the people to take an active part in the campaign, 'Saaf Hyderabad – Shandaar Hyderabad.' He said that apart from people's participation, the leaders at different levels should ensure that it becomes a successful campaign for making the city clean and green.

The programme was attended by Riyasathnagar Corporator Mirza Saleem Baig, Lalitha Bagh Corporator Md Ali Sharif and Uppuguda Corporator Fahad Bin Abdul Samed Bin Abdat and officials, including N Venu Gopal, deputy project officer at Urban Community Development. Emphasising on the issue, Saleem Baig brought to the notice of the GHMC officials that there was requirement of more 'Swacch autos' in the area, as the existing ones were unable to meet the requirements.

Deputy Commissioner P Mohan Reddy also called upon not only the general public, but also the leaders to cooperate with 'Saaf Hyderabad – Shandaar Hyderabad' campaign. CEO at The Save Foundation M Krishna also stressed the need for an active participation from all sections of the society in the campaign.

It may be mentioned here that the GHMC aims to improve the sanitation situation across all 150 wards of the city on a mission mode. It also engaged NGOs to facilitate deployment of Swacchta Ward Action Team (one team member in each ward) in all 150 wards to create general awareness on safe sanitation practices. To implement the project successfully in all 150 wards, the GHMC has appointed Location Specific Officers (LSOs) in each ward and weekly review meetings is being conducted in all the zones.

Local AMOH also felt that only with coordinated efforts, the result can be achieved. The programme was attended by sanitation supervisors Ahmed, Muneer, Shiva and Madhu, along with Sanitation Field Assistants (SFAs), Community Resource Persons (CRPs) and volunteers Jangaiah, Sudhakar, Manish, Suresh, Khadir and others. At the end of the programme the organisers also organised a photo exhibition, which was attended by Zonal Commissioner, Deputy Commissioner, Corporators and other officials.