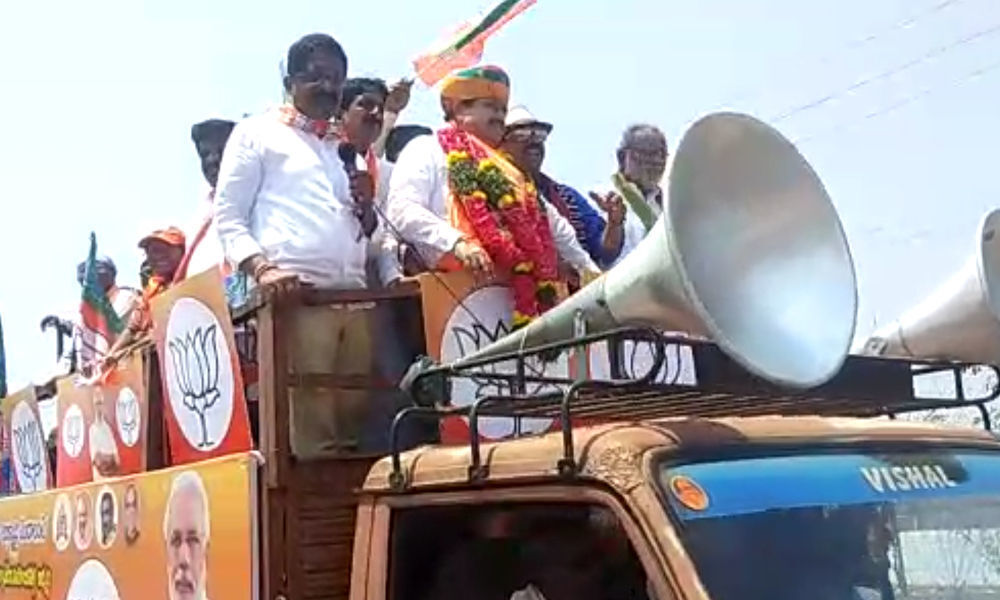 Earlier, Ramchander Rao along with former MLA NVSS Prabhakar and about 2,000 party activists took out a rally from Cherayala Jaganmohan Reddy Garden. Speaking to media he said the central government has implemented several welfare schemes. He said he would develop the constituency if he is elected to power.