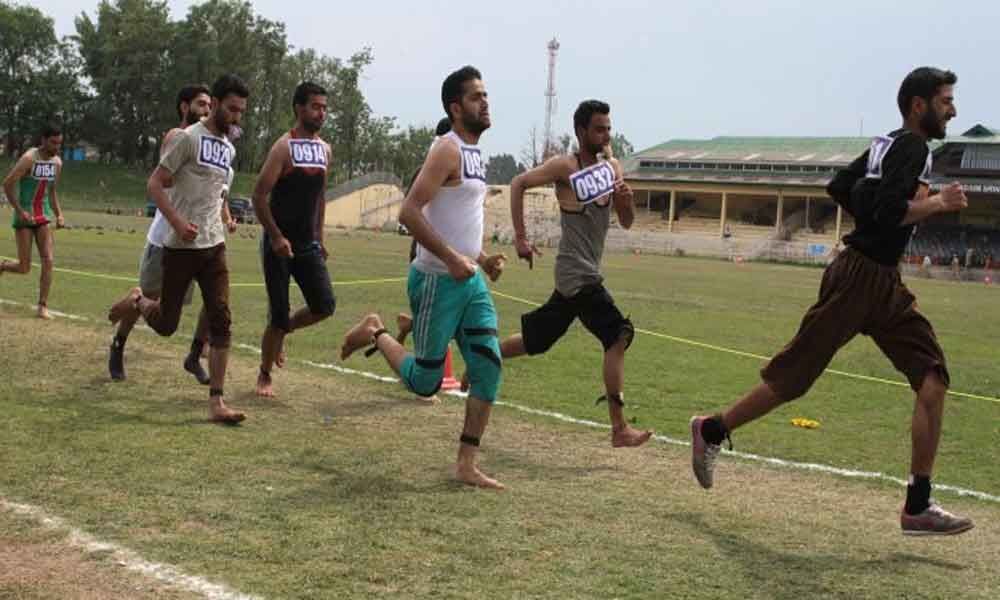 Fitness tests for SI and constable selections have been conducted with many mistakes which has resulted in aspirants getting into depression mode.

Osmania University: Fitness tests for SI and constable selections have been conducted with many mistakes which has resulted in aspirants getting into depression mode.

At a meeting held to discuss new methods being implemented in police recruitment, Ayaan Foundation founder Anwar said that the new technology which was being used for SI, constable selections was not clear, and the aspirants were at a huge loss.

Anwar said, "Radio frequency identification reader which is used in the selections is a failure which made tampering possible in some areas." SI aspirant Saritha said many students lost their lives because of these mistakes. Khammam district aspirant Nagendar said it was illegal to use RFID.

At the meeting, the aspirants asked the officers concerned to reconduct the test and save the lives of students. Nagendar, Sunitha, Kavitha rani, Mohan and nearly 200 members participated in the meeting.