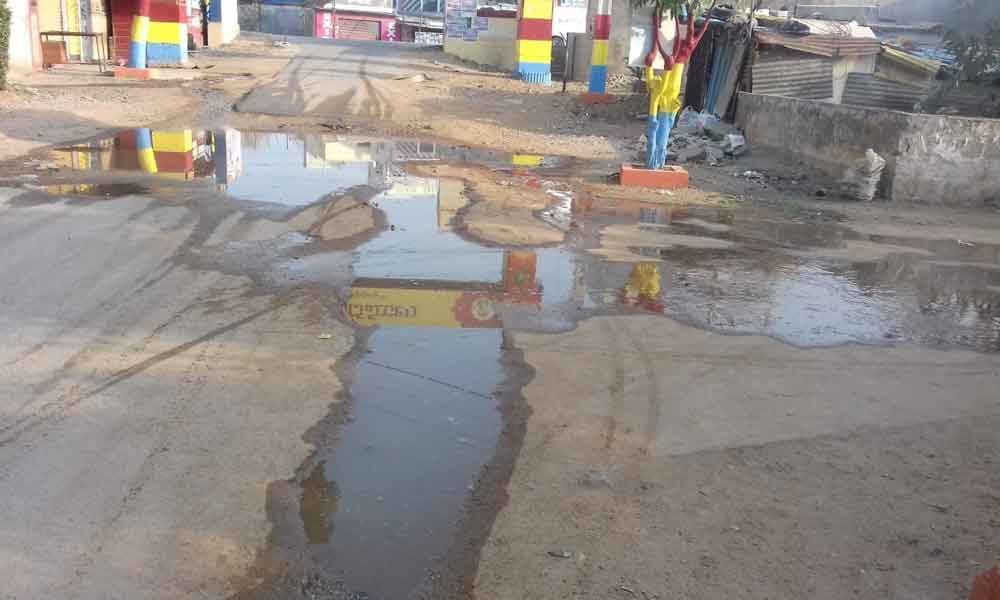 Precious drinking water has been going waste for the last 20 days on the main road of Jaijawan Colony in Dr AS Raonagar division because of leaks in pipelines.

Kapra: Precious drinking water has been going waste for the last 20 days on the main road of Jaijawan Colony in Dr AS Raonagar division because of leaks in pipelines.

As a result, the road is resembling a water body. Canines are having a field day swimming in the flowing water. Apparently, officials have adopted an indifferent attitude in taking repair work to block water leakage.

In a sharp contrast, residents of many areas in the division are facing water shortage in these hot days. They are protesting against the water going waste in the colony. Speaking to The Hans India, they stated that several representations to officials regarding water shortage have fallen on deaf ears.

The residents pointed out that they had beautified the colony under the Swachh Bharat campaign spending their own money. But owing to the attitude of the officials, it was turning a neglected area, say Colony Welfare Association leaders.

The residents complained that road-users were getting involved in accidents as the contractor had not properly laid the approach road to the colony. They wanted the flaw rectified at the earliest.

They warned that they would launch an agitation under the aegis of CPI(M) along with the colony residents if the officials concerned failed to plug the pipeline leakages. CPI(M) division convener and district leader P Venkat addressed the representatives of the association at a meeting. Among those present were Kurunelli Venkat, K Nagalakshmi.