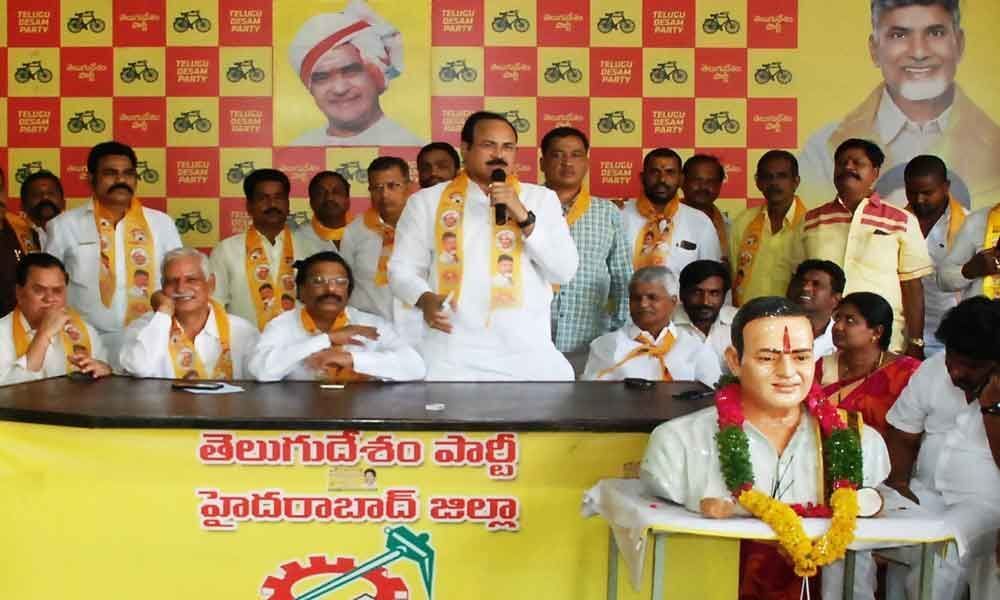 Speaking on the occasion, Chandrashekhar Reddy clarified that, "TDP would fight independently without any partnerships with any party." TRS party which was formed with an objective of 'water, funds and recruitments' has turned its shade and was currently working only for lobbying, money and political posts, criticised Chandrashekhar Reddy.

Criticising the ruling party of Telangana, Chandrashekhar Reddy said the senior TDP party leader Mandava Venkateshwar Rao was taken into TRS party only to ensure that KCR's daughter Kavita wins Nizamabad parliament seat. He further said, all the necessary measures would be taken to strengthen the TDP party in the State and would retain the former glory after the Parliament elections. TDP former corporator Balraj Goud, TDP leaders Shakeela Reddy, Kishore, Babu, Narsimha, Suresh and others also attended the meeting.