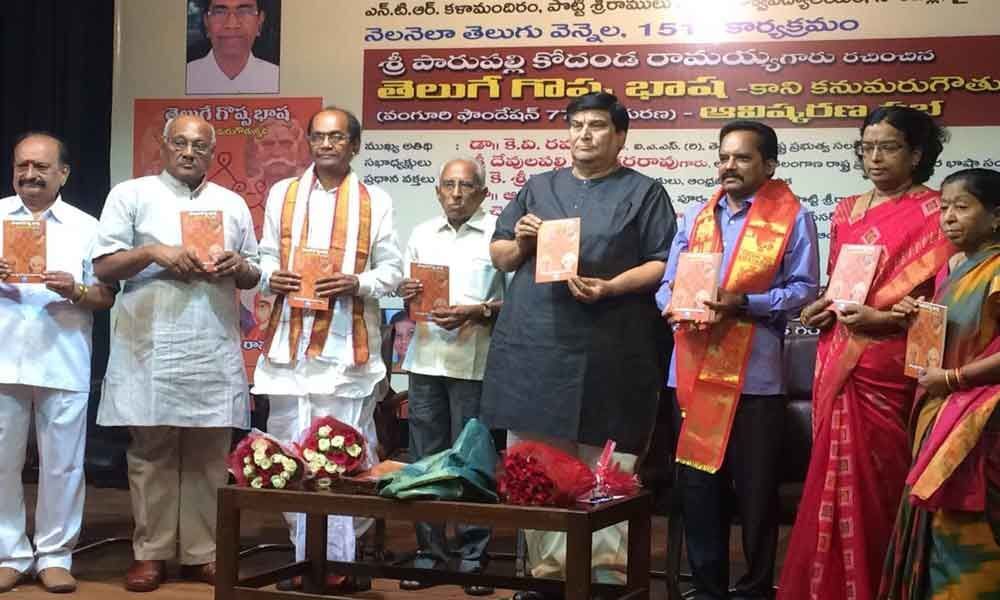 Speaking on this occasion, Kodanda Ramaiah said: "As per the survey of United Nations on Local Languages, they declared that Telugu language is going to become extinct in a short span which left everyone shocked. This situation is because of some schools and colleges not considering Telugu as a language. Everyone should come out and fight for the language. Government is also trying to start English medium schools – a move which would sound the death-knell of Telugu language."

Dr K V Ramana said, "Those who do not know English are speaking Sanskrit and other languages. People who Know English are speaking English only. Then who will speak Telugu? A change should come, and people should use Telugu words in place of Sanskrit words. Every Telugu person should feel shy about the service he or she is doing to the language." He further added, "At least priests should start blessing people in Telugu."

Devulapally Prabhakar Rao said, "Though I come from a Urdu background family, I have a strong hold on Telugu language. I agree Telugu is a great language, but it is not the only great language." He further observed that, "There is no question of extinction of Telugu; for sure, it will be alive."